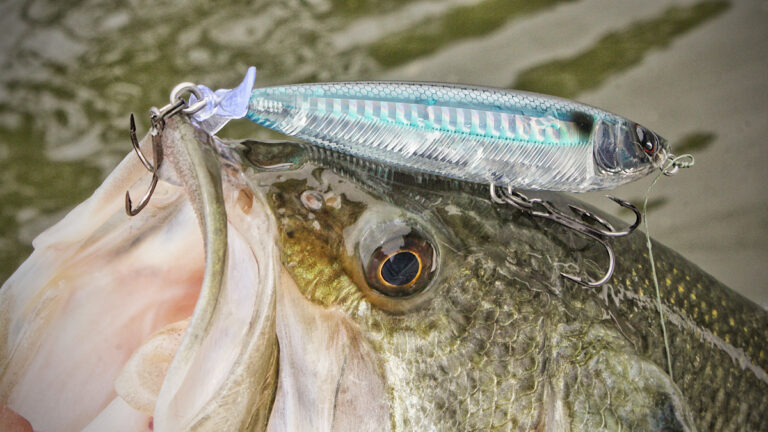 I’ve never really used a lot of the smaller prop baits here in Alabama. I’ve thrown the Whopper Plopper some, just like everyone else during that craze. But the smaller, sharper-sounding prop baits I always relegated to Florida. One of the staples in that area, prop baits like the Smithwick Devil’s Horse have been used for years to catch giant bass.

But recently, I’ve started throwing some of these baits more up here in Alabama, honestly for the main purpose of reviewing a couple of them. And I’ve found they work really well up here too, especially around spawning bass. I already know from past experiences that even though I don’t personally use them a lot for it, they’re great tools for catching schooling bass and bluegill chasers in the summer and fall as well.

Today we’re going to look at one of these prop baits I’ve been fishing with some lately, the 3DB Series Prop from Yo-Zuri. Let’s dive in.

One of the first things I noticed that set this bait apart from some of the others right away is the single plastic prop; a polycarbonate prop to be specific, which is a super durable type of plastic. A lot of prop baits have a prop on both ends and those props are often made of metal. But with the 3DB Series Prop, there’s just one plastic prop on the tail-end of the bait.

Unlike a lot of other topwaters, prop baits aren’t meant to be walked so much side-to-side as they are to be twitched forward more in a straight line. With each twitch, this bait gives off a sharp buzzing sound and spits water up into the air. It’s a similar action to what you’d see from a lot of other prop baits and is meant to imitate an injured or fleeing baitfish. 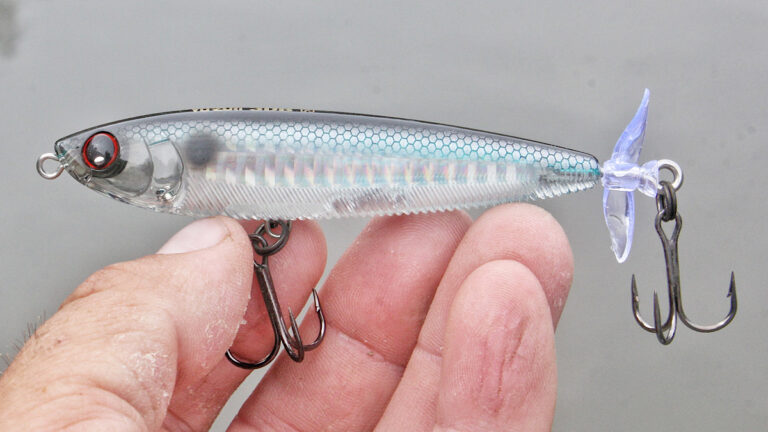 One thing I like about this bait in particular is its size. It’s kind of an in-between size I’d say when it comes to prop baits. There are a few that are smaller and a few that are bigger but this one kind of lands in the middle, which helps it mimic a large portion of the bait population.

Measuring 3 1/2 inches, the 3DB Series Prop can be used to mimic bluegill bedding along the bank in the summer, threadfin shad out in the middle of the lake or a variety of other small to midsize bait fish that the bass might be feeding on. And it’s again a great agitator for spawning bass in the spring. It’s big enough to pose a threat to their beds, but small enough that they can come up and get the bait good on the initial strike. 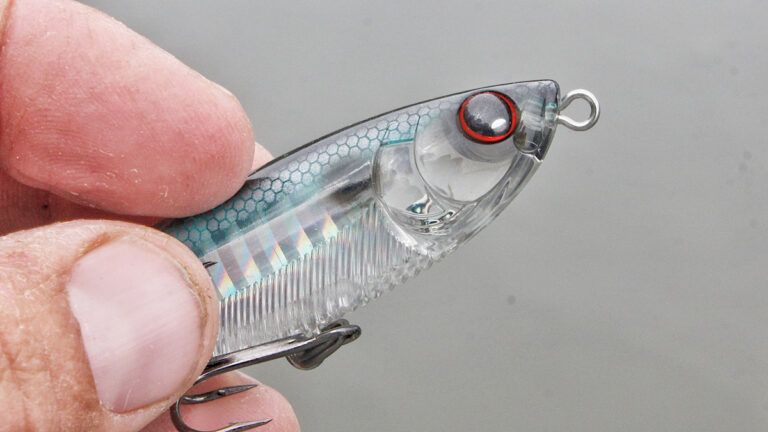 Yo-Zuri offers a nice range of 13 color choices in the 3DB Series Prop. There’s one solid color in their Bone pattern but most of their color choices have an internal 3D prism construction that uses mirrors to reflect light through their patented wave-motion ribbing that covers the surface of the bait. This really gives off a unique look in the sunlight and mimics what you’d see from the scale patterns on baitfish.

The Real Bluegill color pattern looks great if you’re wanting to fish around bream. While the Real Golden Shiner, Real Gizzard Shad and Real Blue Back Herring all do a good job of imitating the particular color patterns of their namesakes. Then there are several more bright color patterns like Prism Clown and Prism Fire Tiger, if you’re fishing in muddy water or low visibly due to cloud cover. 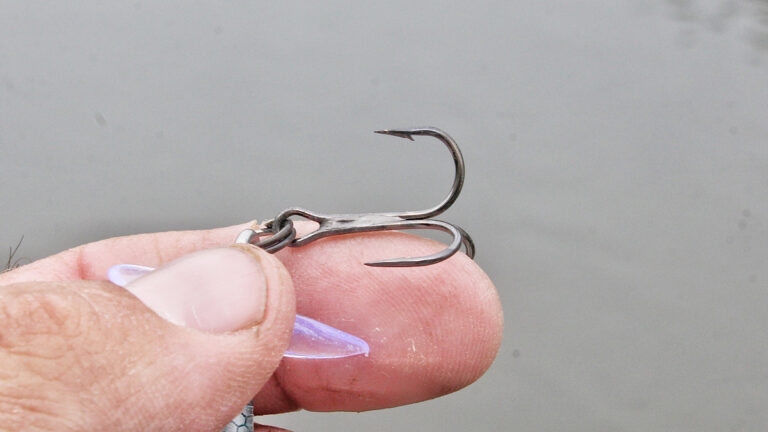 The 3DB Series Prop has a nice set of black nickel sharp round-bend hooks. These do a good job in my opinion of locking into the fish. Round bend hooks also work well for a topwater since bass often simply swipe at the bait and don’t necessarily get it in their mouths good every time.

The round bend allows for a larger gap between the hook point and the shaft of the hook which gives the bass more opportunity to hookup with the bait than a hook with a curled in hook point would. So these hooks are a good complement to this bait and they’re strong and hold up to big bass pretty well. If you fish this bait on braid instead of monofilament, just be sure to back off on your drag a little, as no treble hook is really designed to take the kind of abuse a tightened down drag with braid will deliver.eblne 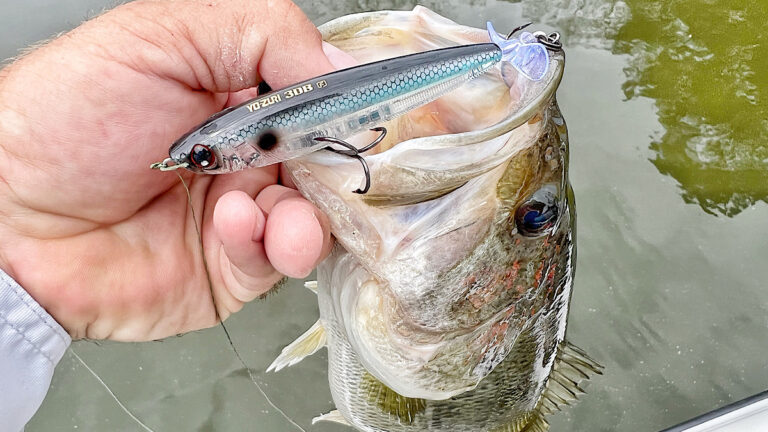 Overall, this is an awesome little prop bait. At $7.99, it’s definitely reasonably priced and perhaps even underpriced for the amount of detail that went into it. With a durable polycarbonate plastic prop at the tail, a rattle system inside and Yo-Zuri’s patented ribbing and prism system, this thing looks and sounds like a real baitfish struggling in the water. It casts really well and has a good set of hooks to haul the fish to the boat. It’s definitely worth giving a try if you’re a topwater fan.

The Yo-Zuri 3DB Series Prop is available at TackleWarehouse.com.