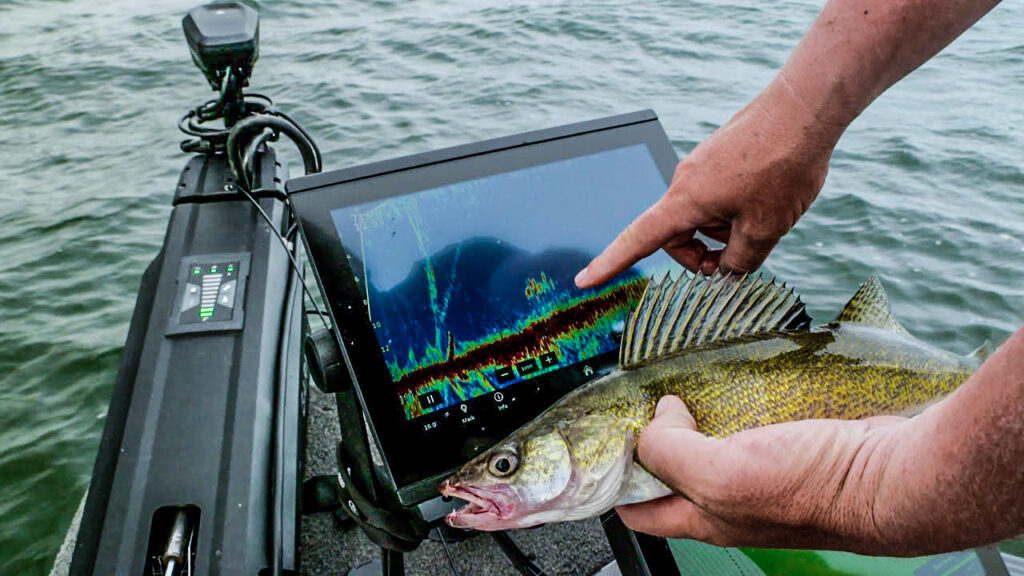 Wired2fish’s Kyle Peterson prefers walleye fishing with faster-paced tactics using forward-facing sonar, Garmin’s LiveScope Plus in this case. He shares his top 4 setups for delivering baits to the noses of walleyes with the ultimate speed and control and several rigging tips to help you get the most efficiency out of each setup.

Traditional walleye fishing setups such as live bait fishing with Lindy Rigs and jigs are slow and easy while trolling plugs lead the artificial charge. A new breed of walleye anglers takes a more proactive power-fishing approach. Step 1: locate fish with sonar, Step 2: get bait in front of their snout with speed and precision. Step 3: gauge their mood and quickly catch them or move on to different fish if they’re not receptive. *Featured product at the bottom.

Here’s how Peterson accomplishes the above with a handful of go-to walleye fishing rigs.