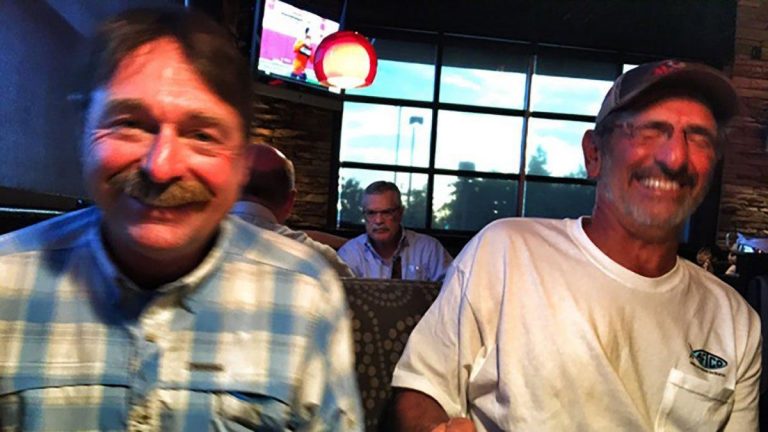 Got some math here.

Got some geography here.

Lets be honest, in high school my best class was…shop.

And then there was this, my best BEST class in order of importance was…cheerleaders.

So Paul Elias is sitting across from me at dinner and he is doing the gasoline math of how many miles scooting along the highway divided by how close he is of going over his credit card limit to get an Angler MPG of something or another.

…behind the football stands…

…and I ain’t hearing any of them words yet.

I stick one of those fat chicken wing drumsticks in my mouth and just raise my eyebrows in response, sans the chicken wing it is the universal sign of, “dude, you got me.”

“When all is said and done that’s what I’ll use getting here to this tournament and launching in Sacramento and fishing in the Delta.”

I undo my eyebrows and scrunch up my nose, I’m almost down to bone on the chicken wing, the scrunch up is the universal sign of, “dude I flew here and I forgot to ask Delta Airlines what their MPG was…”

Last year I drove over 30,000 IRS-deductible miles chasing B.A.S.S. tournaments all over America.

That’s equals about ONCE AROUND EARTH plus 5,000 miles out into space.

I have made 20 payments on my Tundra and have already melted down one set of tires, at one point last year I did the 5,000 mile checkup EVERY TWO WEEKS.

I filed one story to Wired2Fish from an I-20 rest stop.

Get this straight, I am NOT complaining, I knew all of this when I signed on the dotted line, I love to drive, love to see the country, but if you love this sport and you follow the box score on weights, that’s only half the game.

Paul:  “…yeah I figure if I make a check out here these next two events, make just one cut I’ll be in the hole about $5 grand.”

Both Paul and Shaw just looked down at their half eaten dinner, neither said a word about what would happen if neither one of them made the cut in these next two weeks.

Imagine that drive back home.

We all have tricks, plans of how we get through the long drives, Shaw’s plan pretty much involves time travel. 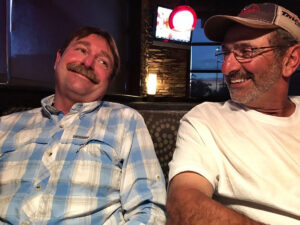 Paul is moving the big beef burrito around on his plate and makes a sideways glance at Shaw, the universal roommate sign of: What The…

“I listen to those old radio shows, Johnny Dollar, Gunsmoke, The Whistler, and of course, The Shadow.”

I have tried that only to find out that The Shadow DIDN’T KNOW how to keep me awake.

“I also listen to a book on cd called, Miracles Still Happen, but when I’m really tired I turn to channel 6 and crank up those oldies but goodies from the 1960s.”

Paul is looking at me smiling, the smile of a roommate who can one-up another roommate.  Gently he pushes his cell phone across the table to me…

…and both Shaw and I freak.

A NEW phone, not a Craig’s List thing, not an eBay thing, not one borrowed from the grandkids, Paul Elias has a NEW freakin’ phone.

Shaw and I raise our glasses, his of water, mine of Root Beer, and toast Mr. Ga’lias.

When we first started rooming together Paul was the proud owner of a cracked and chipped flip phone, after a year or two he turned it in for an iPhone 1 that he may have bought from some dude in Russia.

That phone went overboard one tournament.

As did another one or two antique iPhones.  At one point more of his cell phones hit the water than crankbaits.

And get this, when he slid his new phone over to me he hit a button on the screen and the phone actually did what he wanted it to.

I ‘bout wiped a tear.

And when I looked down I saw 4 books, 4 audiobooks:  The Fifth Assassin, The Hit, The Panther, and Unlucky 13.

Me:  “Dude you, YOU got those audiobooks on this phone by yourself…”

It’s an iPhone 6, Paul has managed to skip all of them between 2 and now.

“…my daughter put them on it for me.  I didn’t listen to the radio for the whole trip.”

Shaw is impressed, “I know I LOVE books on tape, have to tell you I get so enthralled listening to the stories that I ran out of gas TWICE while listening.”

You see, right there is the value of having dinner with your roommates, every once in awhile one of them blurts out something that should remain un-blurted.

Both Paul and I just look at Shaw.

“Yep, twice, both times I had to go back to my boat and suck some gas out of it, out it in my truck so I could get to the nearest gas station.  Love those books on tape.”

Yep, a roommate hall of fame moment right there.

Both Paul and Shaw shake their heads yes, they knew immediately what I was talking about…talking about the ever important: KEEP ME AWAKE CALL LIST.

I actually have a group list on my phone called: AWAKE CALLS.

On the list:  My wife, both kids, two brother’s in law, Dr. Mac., KVD, Skeet, Kevin & Kerry Short, a mob source from my old days as an investigative journalist (he’s a funny guy that makes me laugh), JTodd Tucker and his dad Butch, Steve Kennedy, dudes at Bassmaster-dot-com, Bob Ley, Father Ken, a neighbor, Pat Rose whenever I’m tooling through Tennessee, and of course, Paul & Shaw.

All of us out here fear that the most, my wife is panicked about it, me falling asleep driving.

We are awake long hours and make long drives, a deadly combination that, to be honest, worry me as well.

I have never met an Elite angler out here who hasn’t mentioned nodding off while driving.

That is flat out scary.

But with those drives, comes America.

Shaw:  “Man it was a beautiful drive, mountains, deserts, drove through an area filled with those Saguaro cactus are majestic.”

Paul:  “We get to see so much of America, I was thinking as I was driving to California about all those people who made the trip in covered wagons…”

Shaw:  “How in the world can we complain, those folks, now those were tough son’s of you know what…”

“Dudes, says here they may have, MAY have gone 20 miles a day, maybe averaged 4-5 miles and hour…”

Paul:  “And then they run into that Donner Pass…”

Both Paul and I just look at him and shake our heads.

For me, one of the greatest parts of this here job I have is simply, the view out the front windshield.

Yeah, we drive a lot, yeah it is tough, but I have been in 100s of small towns, dozens of lakes, almost every state and while I may have skipped geography class in high school, I’m living it now.

I’ll tell you a secret…

…most times on the real long rides I will pull my iPod out of the glove box, will dial up one song, hit the repeat symbol and push play…

…and for the next hour or so I will stay awake…

…as I watch America play across my windshield…

For amber waves of grain,

Above the fruited plain..”

Yep, that’s what I get to see out my windshield on this Elite tour and I ain’t complaining none.

In fact, every mile, should humble us.

I know it humbles me.

“…you just call on me brother.”