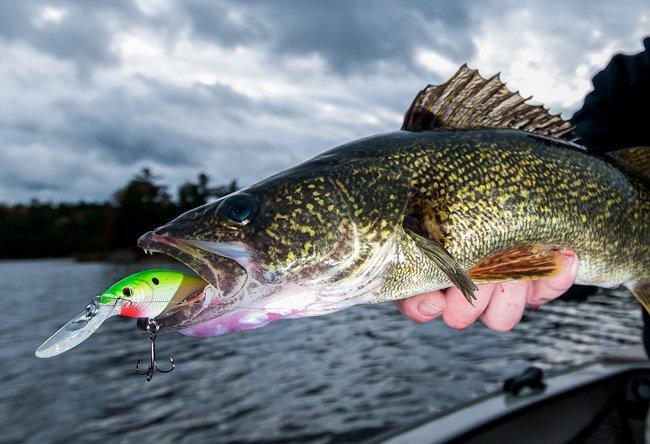 Currently, Hockley serves as Brand Marketing Manager for Berkley. Before this he guided for 21-years on Ontario’s fertile Kawartha lakes. In this time, he observed a consistent shallow-water pattern for walleye from turnover to mid autumn in the Kawarthas and other systems in Ontario, including Georgian Bay and Bay of Quinte. The equation is simple: Walleyes move shallow to exploit abundant forage when conditions are to their advantage.

Here are some things anglers should consider when pursuing walleyes in the shallows during fall:

Turnover begins the shallow-walleye pattern. The thermocline is eliminated when warm and cold layers of water mix.

“Turnover is like someone’s blown up a walleye’s house,” Hockley said. “Everything is in turmoil. Walleye are cruising. You can’t sugar coat it; you’ve got to move to find walleye. Once you find them, they’re often grouped up tight. One of the first places I look is shallow water.”

Immediately prior to, during and following turnover, shallow areas become feeding zones for walleye. Cool-water fish like walleye can and do move shallow to feed on  baitfish that have done the same.

Once, the habitat becomes inhospitable, walleye leave the shallows for deeper haunts.

“If you go up shallow and the weeds are all dead and nothing’s moving, it’s too late. You need to move deep,” said Hockley.

From late summer into mid-autumn, northern leopards leave their summertime terrestrial habitats to burrow in the bottom of lakes and rivers for the winter. The boom of frogs attracts walleye.

“The walleye are up shallow because of the frogs, but walleye will eat anything. You don’t need to switch to anything froggy looking to catch them,” said Hockley.

Driving side roads along lakes at night is a reliable way to track the migration. When it’s on, frogs are all over the road. That’s the sign to get on the water.

The perfect situation for shallow walleye in autumn is stable weather. Cold fronts will really mess with fish. Once it gets cold, it’s not the cold that turns-off walleye, it’s the weather changes.. 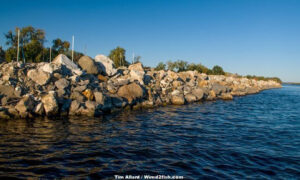 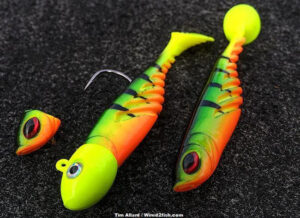 “I pick colors depending on water clarity,” Hockley said. “Walleye like brighter colors, so for hard-baits I’ll start with fire tiger or Racy Shad, then dial back to a neutral shad, if needed. Kawartha walleye often feed on lake shiners and golden shiners, so I also use a broken up chrome, black-silver and black-gold. For soft-baits, I fish a lot of chartreuse, white, hot pink and orange patterns. White and chartreuse or black and silver tinsel were my top spinnerbait skirts.”

The shallow-water walleye bite in fall boils down to ample feeding opportunities. Before the food chain slides deep for winter, give the shallows a try. These areas can hold huge quantities of hungry, and often overlooked, walleye.