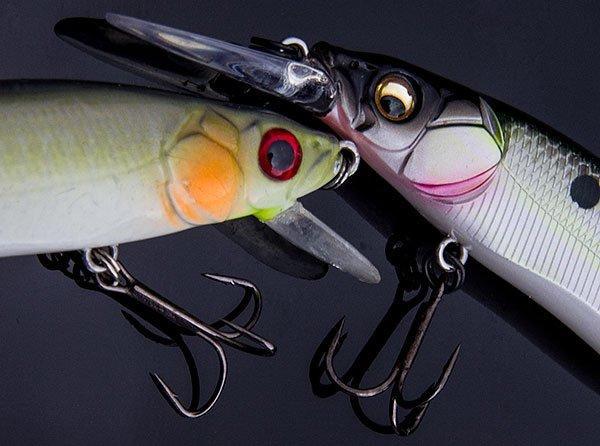 Anglers dedicate a lot of time towards finding the “perfect” hard bait. While individual preference is a big factor when choosing these baits, most fisherman look for characteristics such as castability, action, color and durability. As we scour the market for hard baits, we often overlook one of the most critical aspects of all quality hooks.

In recent years, the fishing industry has seen a lot of breakthroughs in hook technology. Such developments have ignited several debates regarding the use of short-shank and long-shank hooks on hard baits. When it comes to treble hooks, Vicious Fishing pro Kevin Short knows his stuff, and according to him, both styles of hooks have a definite place in bass fishing.

The introduction of short-shank treble hooks has changed the way many fisherman fish hard baits. While not ideal for sluggish bass, they can wreak havoc on big, aggressive bass. When K-Pink is targeting these bellicose bass around wood cover, he never hesitates to switch to short-shank trebles. 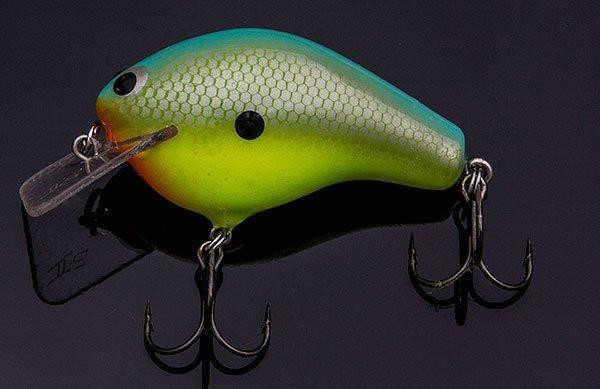 “Like every angler, I want to avoid hang-ups as much as possible,” Short said. “When the bass are really eating a crankbait, such as a Zoom W.E.C. around wood cover, I switch to Mustad KVD Elite 1X Short Shank Triple Grip Treble Hooks.”

Over the years, Short noticed the majority of his snags being caused by the front hook getting lodged into wood cover. In an attempt to fix the issue, he began experimenting with short-shank trebles. Because these hooks don’t hang as far off of the bait, they allow for a more compact approach while drastically decreasing the number of his hang-ups.

Even if bass aren’t blistering his bait, Short still opts for a short-shank hook on the front of his baits when fishing around heavy cover. In order to increase his chances of hooking finicky fish, he leaves a long-shank treble hook on the back of his bait.

“Long-shank hooks give the bass a little bit more hook to grab, so I just like to replace the front hook with a short-shank when the bass aren’t biting well,” Short said. “In essence, you’ve got all of your bases covered by having a snag-resistant hard bait that will still hook timid bass.”

Conversely, when Short gets on a hot bite, it’s short-shank all the way for him. Changing both hooks to short-shanks allows him to cast into some of the nastiest stuff on the lake while giving him the confidence that the bass will get hooked every single time.

When faced with suspicious bass or thick vegetation, anglers will notice an increase in hookups when using long-shank treble hooks on hard baits. Short utilizes these hooks most frequently when fishing in the early spring. 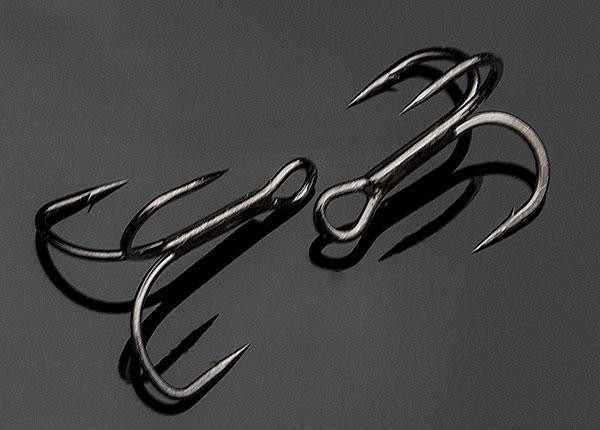 When the water reaches the upper-40s or the low-50s, grass-related bass have the tendency to drive anglers crazy, as they are notorious for slapping at crankbaits without ever getting hooked. The way Short sees it, the more hook you’ve got hanging behind the bait, the better your chances of catching slapping bass.

“If they made an extra, extra long-shank hook, I would use it when I’m throwing lipless cranks or square bills around grass,” Short said. “I want as much hook hanging out there as possible.” 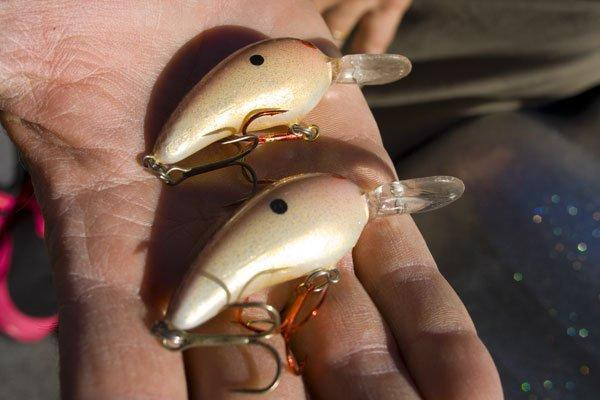 While many anglers will change bait colors after noticing a few bass barely hanging on by the back hook, Short believes that long-shank treble hooks will most often fix the problem. If you’re still noticing some borderline hookups while using long-shank hooks, upsizing is usually the next-best option.

“The best way to eliminate back-hooked bass is by upsizing your back treble hook,” Short said. “If the back hook is a no. 4, don’t be afraid to slap a no. 2 on the back. When fish are hooked on the very back hook, a bigger long-shank treble will give you a much better chance at getting that fish in the boat.”

Even with the best hard baits in the market, knowing why and when to use long-shank hooks and short-shank hooks is an outstanding way to increase your success. If you follow Short’s guidelines and keep an open mind, not only will you get more bites, but you’ll land more fish as well.