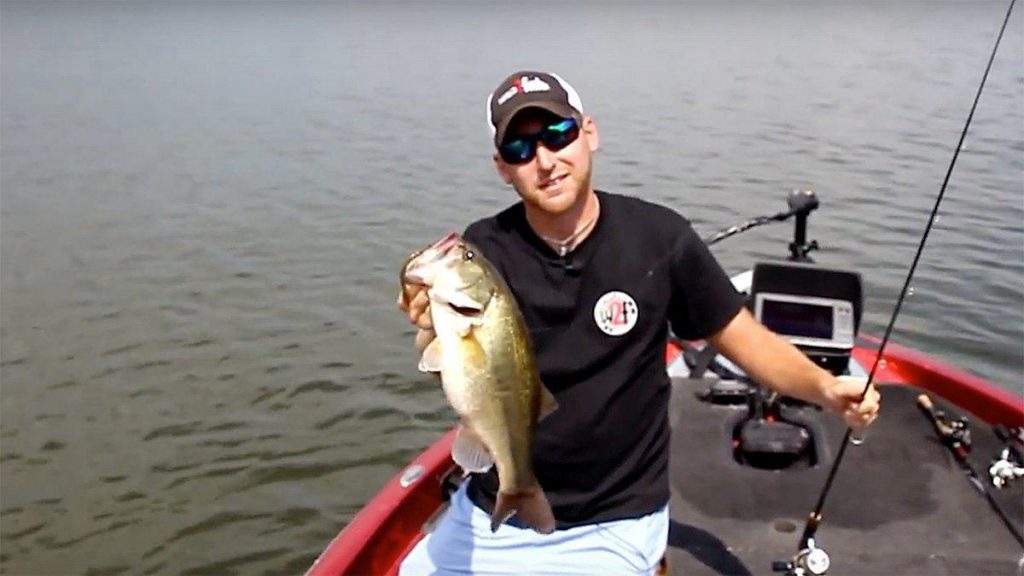 Hey guys this is Walker with Wired2Fish, were here fishing Kentucky Lake in September. September is notorious for being a tricky time of year. The shad are making their migration towards the backs of the creeks and the bass are trying to come up from their summer dwelling and find them and really key in on that shad.  Now it can be tough during this awkward transition period, so that’s when you want to throw a little small finesse baits like a shaky head.

You know you can’t always being throwing jigs and crankbaits ya know power fishing. I love to do it to but sometimes you really have to shrink everything down, be finesse, slow down, and you’ll get a lot of quality bites and you may be surprised at the actual size of the fish you catch. There’s a lot of effective ways to be able to fish a shaky head. A lot of people prefer to hop it, some people drag it, and you know you can do anything you want to with it. But there’s a few specific things that work better in certain circumstances.

So for instance here I’m throwing against a rip rap bank on this little secondary point and you kind of want to hop it when you’re around rocks because if your drag it no matter what kind of shaky head you use you’re going to spend a lot of time getting it unstuck from between rocks.

So I’ll kind of hop it and if I run across a big rock or a little stump that I feel I’ll kind of pause it, give it a few little shakes and see if that can entice a bit. What’s real important with a shaky head also is to not go to crazy with it ya know?  It’s got a lot of natural action on its own so you don’t want to throw it there and be shaking your rod tip like that just because it’s called a shaky head doesn’t mean you have to shake your arm off. Just small little pops.

I pretty much want to pull on it and kind of pop it until I feel the weight on it then I’ll let go. I’m not really jerking it along the bottom like that. And another thing especially in finicky times of year like this, I like to always keep my finger on the line right there. That helps really improve sensitivity because if you’re sitting here holding it like this, you’re not going to feel much.

But when my finger is on this braided line I can feel every piece of structure that my bait is going through. When I get a bite even if one snips at it I’m going to catch him or at least I’m going to feel him. Shaky heads don’t just catch small fish.