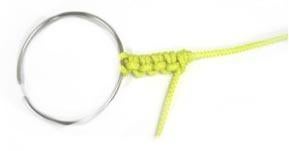 Sunline recently released to us some of their line strength and knot strength testing results and the information is very interesting to the “geeky” anglers in us. We especially found that the knot that performed the best across all three — fluorocarbon, monofilament and braid — was a knot we’ve never used called the Half and Half or the Half Hitch and Half Hitch knot.

First let’s take a look at their results:

Notice how poorly a uni knot does on braid and how strong a palomar is on monofilament. But the most surprising was that the Half & Half knot was above rated strength for all three types of line. That’s pretty impressive so we asked them to show us how they recommend it be tied for anglers that would like to learn a new versatile knot.

We’re going to feature a Sunline video next week and show you exactly how to tie the Half Hitch & Half Hitch knot that a lot of folks that work and fish for Sunline use, so stay tuned.