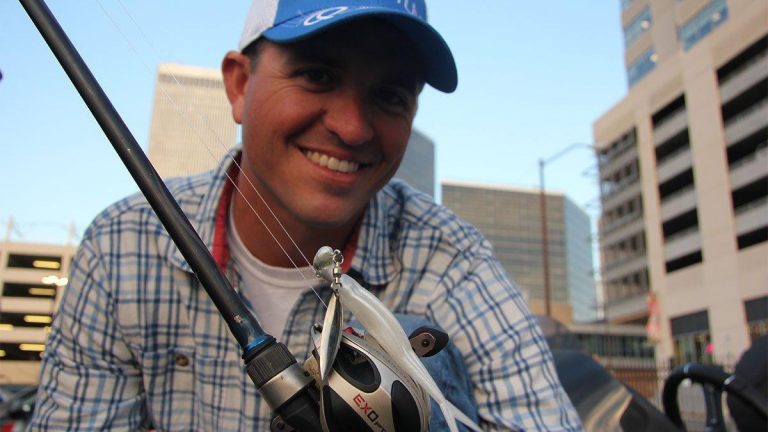 As he prepped for one last remaining day of practice at the event that padded his pockets with $300,000 a year ago, a sense of peace seemed to surround Casey Ashley as he sat tying on lures in the exceptionally warm early spring air in downtown Tulsa.

“People call it different things, but I’ve always called it a Bladerunner,” Ashley said. “It gets overlooked because it’s not the sexiest lure in bass fishing, but my dad’s been making them for us and our closest buddies for years because they catch fish. Heck, Aaron Martens nearly won the 2004 Bassmaster Classic on Lake Wylie with one and nobody really paid attention to it.”

He chooses that particular rod because it has plenty of flex in the tip to allow for longer casts with the relatively small lure. Its forgiving tip also has a propensity to help keep bass hooked that often bite a long way from the boat in deeper water.

“To be honest, I never really dreamed I’d win a Bassmaster Classic on it until it happened,” admitted Ashley.

And now that he has, he finds it hard not to tie it on; if for nothing more than a peace-filled connection to home and a vote of confidence on the eve of bass fishing’s biggest event.

“Grand Lake is probably too dirty for the bass to see it real good this week, but I can’t help but try it.”