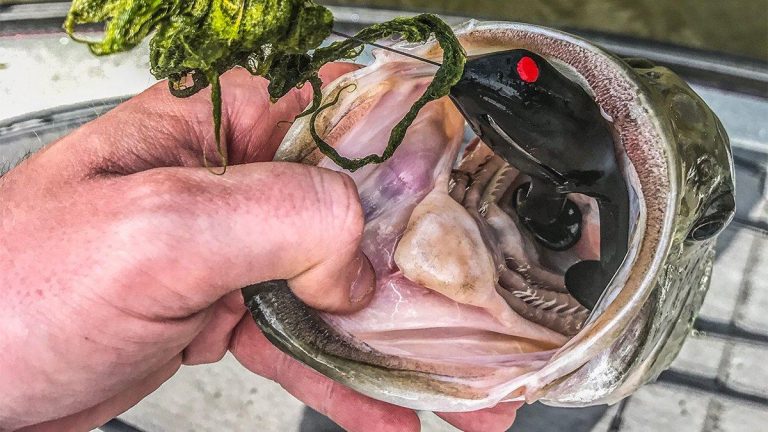 In my opinion, toad fishing has been an overlooked technique in the bass fishing realm for quite some time. Anglers have collectively become enamored with the newer hollow-bellied frogs and their soft-plastic cousins have largely been put out to pasture.

I’m here to tell you, however, that they’re still one of the best ways to catch big bass. I stumbled upon a few toad-centric patterns this past year and ended up learning a lot and unlocking an entirely new dimension of my fishing. These baits resulted in three limits weighing over 26 pounds and my biggest bass of the year.

Here are some things you might want to consider during your next toad-fishing endeavor.

Don’t spin out if it takes a while

I think this is one of the most important things I’ve learned this year, hence the reason I brought it up first. I’m afraid that many anglers—myself very much included—pull the plug on toad fishing prematurely if the morning action proves slow. We’ve had the topwater/lowlight conditions correlation drilled into our heads for years, but I’m not really sold on that notion anymore. 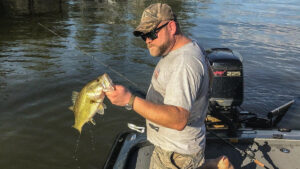 I don’t doubt that bass are often more active in the lowlight hours. But a toad can be a phenomenal target-oriented option that often allows you to call your shots before you even make a cast. My success this year has more than tripled once the sun rises over the trees and I think the reasoning is simple: That sunlight positions the bass under grass beds, docks and other shade-producing cover. They become very concentrated and much easier to locate when the sun is shining bright. Instead of being spread out down a stretch of bank, you’ll be able to pick them off on very specific pieces of cover.

You’ll be amazed at what can happen if you stick with it throughout the afternoon. I had dozens of days this year that have turned on like a light switch. I wouldn’t get a single bite until 10 or 11 in the morning and within a few hours, I’d have a 20-pound limit on a notoriously stingy fishery. Admittedly, it’s not because I’m good. I was just being stubborn and happened to learn something from it.

As the fish get positioned as the day progresses, they can be incredibly simple to pattern. The fast-paced, in-your-face nature of toad fishing forces the bass to make a decision quickly, which allows you to cover water much faster. You’re not playing around with them and wasting time—they either have to “pee” or get off the pot. This approach will help you uncover key patterns and become a more productive angler.

Check the legs before you buy

This is important to discuss because I think we all make our tackle and bait selection a bit too complicated at times. When you need to restock on your soft-plastic toads, break ‘em down into two groups: Breezy conditions and calm conditions. This can be done quickly, while they’re still in the package. 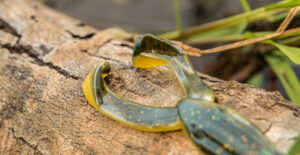 If you’re looking for a toad that you’ll most likely be using in somewhat breezy conditions, I’d highly recommend searching for a toad with more pronounced paddles on its feet. This design feature makes much more commotion, which will help offset the added surface disturbance created by the wind. I have had a lot of luck with the Zoom Frog and YUM Tip Toad this summer in these conditions. That’s not a sales pitch—that’s really what I’ve been throwing.

On the other hand, if your fishing holes tend to be a bit more protected from the wind, take the time to find a toad with speed tail-type legs. They’ll make less noise, but that’s a good thing when you’re fishing in dead-calm water. You can expect a “trickling” sound that won’t spook wary, shallow-water bass.

Irregularities are a critical aspect

I rarely fish straight stretches of bank or cover with soft-plastic toads. That’s not to say you can’t catch a few in these areas, but finding small irregularities can make a world of difference in your success. 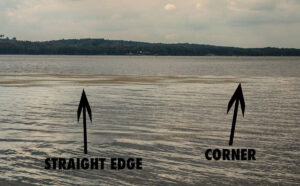 When I mention “irregularities”, I’m talking about anything different. So if you’re going down a straight grass line, find the few spots where it makes a point. If there are no points, look for a small hole or pocket. If, for some reason, you can’t find any of these attributes, fish the corners of the grass bed where the front edge stops.

Try not to get too focused on finding super-obvious irregularities. You’re not always going to be able to find these areas by cruising past them on your big motor. You’ll have to stop, put the trolling motor down and fish. These areas can literally be the size of your flip flop. Bass use these small areas to hide and ambush unsuspecting prey as it passes by.

It’s kind of like the time I was 12 and played paintball at some fancy indoor course for a buddy’s birthday. I quickly learned that I had to hide behind the irregularities—or obstacles—if I had any chance of shooting someone with my crappy rental gun. Bass are the same way. The big ones aren’t very fast, but they’re strategic when picking out a place to hide and ambush prey.

Always have a throwback bait rigged

This is something I’ve had to learn the hard way. Watching a big bass push wake behind your toad—and somehow not eat it—is enough to make a grown man cry. It’s a challenging situation because unlike a hollow-bellied frog, you can’t just stop your retrieve with a soft-plastic toad.

I always have some sort of follow-up bait rigged and ready. By “ready”, I mean that it’s not clipped onto my reel, a hook keeper or stuffed into a rod locker. It’s hanging over the side of my gunnel with enough line out that will facilitate a quick and accurate cast. 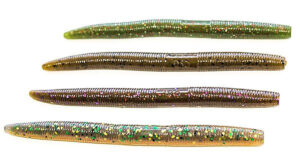 In regards to choosing a specific follow-up bait, I think it’s awfully hard to beat a weightless stick worm, such as a Yamamoto Senko or YUM Dinger. When you see a bass waking your toad, pay close attention to where it came from. Once they turn off your toad, they’ll often swim straight back to their original hiding spot. Pitch that stick worm in there and just dead-stick it. Watch your line closely and as soon as it jumps or starts to swim to the side, set the hook.

The faster you do this, the more success you’ll have. It’s tempting to recount the excitement with a buddy or say a few PG-13 words, but put it behind you and get that bait in there as quickly as you possibly can.

Even with a throwback bait at the ready, you’re still going to encounter those days where nothing goes right and bass after bass misses your soft-plastic toad. Color changes can work at times, but there are times when nothing seems to matter. They just will not eat the stupid thing.

Fortunately, I picked up on a pretty cool solution this year. For whatever reason, an old-school swimming worm, such as a Zoom Ultra Vibe Speed Worm, has been an outstanding alternative when the bass won’t commit to breaking the surface. I’ll throw it in the same areas I’m getting missed strikes on my toad and slowly reel it back to the boat. I’ll keep a 1/8-ounce sinker pegged to the bait and they’ll often bite it the moment it comes into contact with a piece of cover.

When you get bit, it’s not always going to be easy to detect. Remember, the fish are in a negative mood—which is why you’re throwing a swimming worm in the first place—so a 5-pound bass can feel like a bluegill on the initial bite. When you feel that “peck”, keep your rod angled downward and speed up your retrieve. As your rod tip starts to load, sweep your rod to the side to drive the hook.

Although other topwater baits might be all the rage these days, don’t lose sight of the traditional staples that paved the way. Soft-plastic toads have caught bass for decades and will continue to do so—you just have to throw ‘em first.