Subtle and unassuming, the Ned rig has earned its place in bass fishing lore; but the most soft plastic worm upon which it’s based is more than a one-trick pony. Several soft plastic bait makers offer some version of the Ned worm, but Luke Clausen’s fond of the Z-Man TRD, a 2.75-inch stick worm.

Clausen’s repertoire of creative applications offers a nice framework for personal expansion. Think situation-specific and indulge your inner “What-if?” For starters, let’s backdrop this conversation with a few thoughts on the classic Ned Rig.

“It’s a do-nothing bait, like the Senko or soft stick worm; but it really has a lot of action and falls fairly erratically, as compared to the stick worm that falls very stationary,” Clausen said. “It’s a bait that’s somewhat unidentifiable to a fish. It’s a compact little bait that resembles a collapsed crawfish, or a minnow.

“The thing that (impresses) people about the Ned Rig is the sheer number of bites you get. That diminutive size encourages a lot of different size fish to bite. I’ve caught fish upwards of 8 pounds on it and I’ve caught a lot of 8-inchers on it, too.”

A rig for all black bass species, the Ned seems to interest largemouth mostly in cold, clear water, or pressured scenarios; while spotted and smallmouth bass dig it just about any time of the year. (Although increasing clarity and warmth will definitely spur smallies to swim farther to nail the Ned.)

Clausen uses either a Z-Man Pro ShroomZ jig head for heavy line, dock skipping, largemouth stuff, or a Finesse ShroomZ for the clear water, smaller hook application on lighter line. Reaching beyond the foundational technique, he offers these suggestions for expanding the Ned worm’s duties.

Heavy cover and a flipping hook

Ask Clausen his most atypical way he’s fished a Z-Man Finesse TRD and he’ll say: Texas rigged on a 3/0 straight shank hook with a 3/16-ounce bullet weight. Flipping this deal on 17-pound line, he’ll send the bait into the same areas he’d fish a creature bait or a jig.

“This excels in clear water or pressured areas, or anywhere you just want to get bites,” Clausen said. “With this presentation, you’ll get more bites because that ShroomZ head doesn’t come through brush or grass or vegetation very well. By Texas rigging it, you can still get it in those places and still get the bites; but you have the line and the hook to get the fish out.”

Stealth is another benefit of Texas rigging a Ned worm. With a much smaller profile than, say, a 1/2-ounce jig, this downsized package sneaks in undetected.

“The fish don’t feel it coming through the water as much, so it tends to catch them off-guard,” Clausen said. “This bait falls into places really easy because of its size, whether it’s falling through a brush pile, or pads, or whatever it may be. It’s something more subtle and those fish aren’t used to seeing those small baits in those heavier cover situations.”

Thread it on a finesse jig 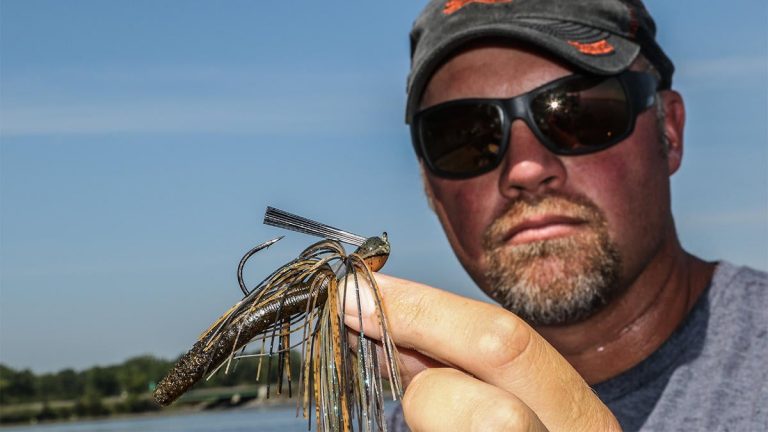 “It doesn’t slow your bait down as much as some of the other trailers, yet it makes a really streamlined profile,” he said. “It has zero action, but it adds some weight to the bait and that helps you get some speed on the bait while it’s out of the water so you can skip it easier, too.

“I can get a lot of speed on a 1/4-ounce jig and skip it out of sight under a dock, laydown or overhanging bush.”

The ball and chain 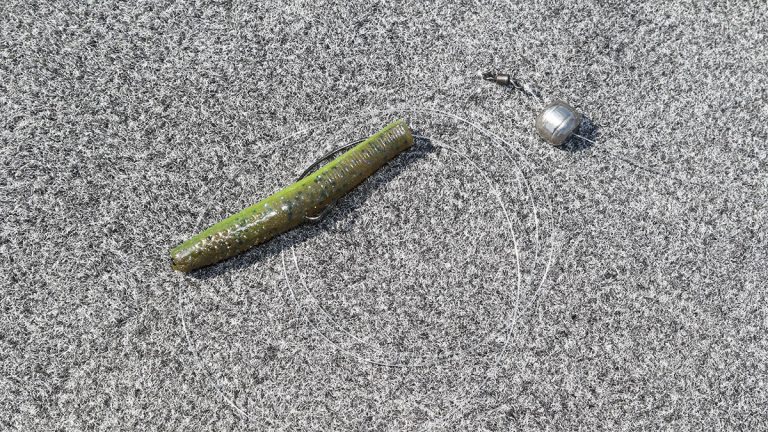 When silty, slimy or grassy habitat conceals a traditional Ned rig, we have two basic options for pulling this tiny worm across the bottom. First is the old school split shot rig where you crimp a weight at the appropriate distance from your bait. Next, a finesse Carolina rig comprises the whole main line, weight (beads optional), swivel and leader deal.

Clausen notes that the split shot’s ease and brevity makes it a good option for time management, or maybe teaching kids about the different presentation angles. However, he leans more toward the proper C-rig.

“I’m a little more fearful than I used to be about the weight actually being crimped to the line,” Clausen said. “I’ll still use a split shot when I’m out fun fishing, but when I’m in a tournament, I tend to tie everything up to where I feel it’s going to be a little more efficient and less likely to have any break-offs.

“I tend to use a really light Carolina rig with a 2/0-3/0 straight shank light wire hook, a 1/8-ounce weight and a 10- to 18-inch leader of 8-pound fluorocarbon. With that lighter weight, you don’t have as much impact on your main line as with a heavy Carolina rig, so I’ll generally use a similar size main line.”

Option: A Carolina Keeper offers a compromise between the split shot rig’s simplicity and the C-rig’s line-friendly design. Pinch the sides to flare the opening and slide it onto your main line (below the weight). Adjust as needed to increase or decrease your “leader,” which is simply the main line below the Carolina Keeper. 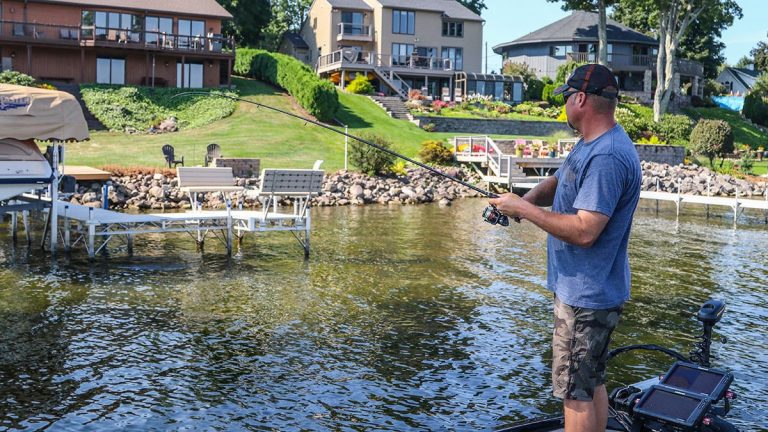 If a traditional Ned rig’s tangling with cover, reassign that little worm to a shaky head. Because Z-Man’s ElaZtech material tends to slip off a screw-lock style keeper, Clausen uses his signature Dirty Jigs shaky head, which features a barbed keeper that holds the bait in place.

“The shaky head spins a lot more on the fall because it’s not rigged straight on the head,” Clausen said. “It’s a good option for skipping under docks or casting into cover; you’re able to get into places you couldn’t traditionally throw a ShroomZ head. Also, you can get away with a little bigger hook that is weedless.” 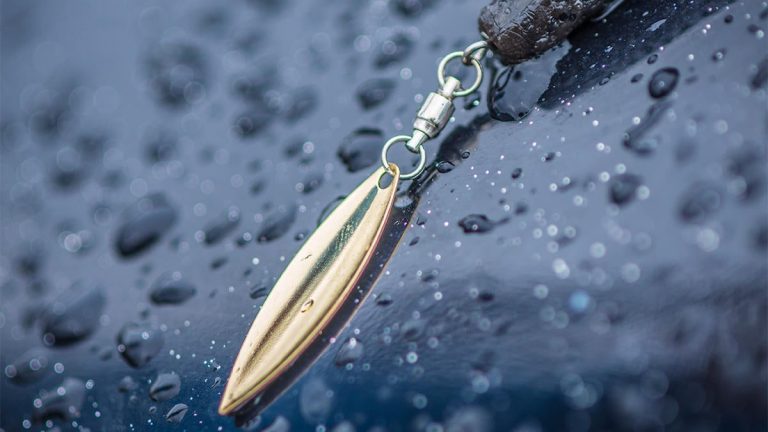 ICAST 2019 saw Z-Man introduce a nifty piece of terminal tackle called the TRD SpinZ. Comprising a stainless steel centering wire with sharp molded plastic keeper prongs, this accessory hangs a Colorado or willow-leaf blade off the Ned worm’s aft for a little extra flash and vibration that might just turn a looker into a biter.

Be careful not to let the simplicity of the Ned rig fool you. It may be tiny in stature but it’s an incredibly versatile bass fishing tool that simply produces when other techniques fail.