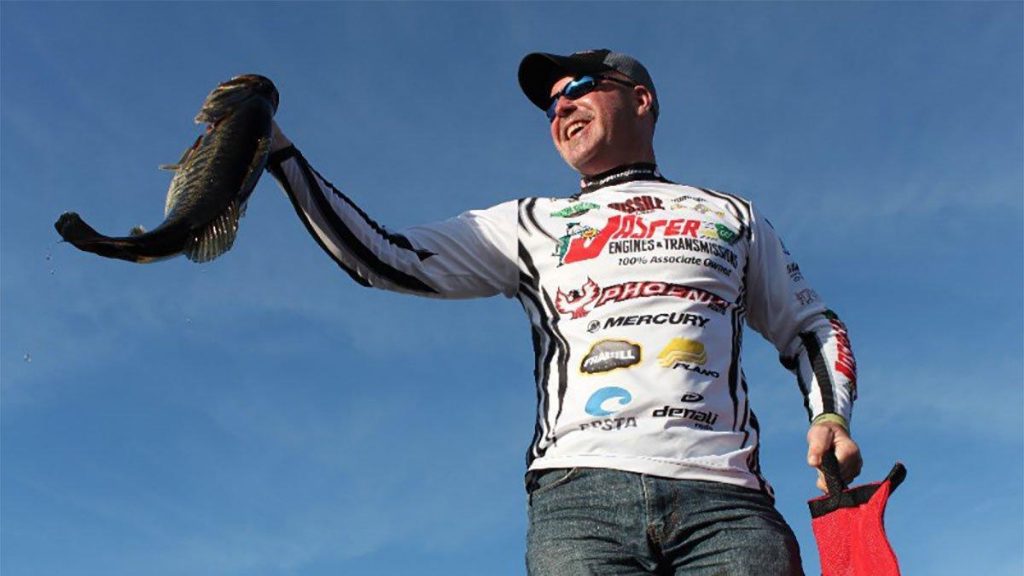 Some of America’s best bass fishing waters will play host to competitors in the 2016 Bass Pro Shops Bassmaster Opens Series. The series will span 10 months, visit seven states and offer nine invitations to the Super Bowl of Bass Fishing — the Bassmaster Classic.

B.A.S.S. announced the three-division, nine-tournament Opens schedule today, noting that it kicks off with the Jan. 28-30 Southern Open No. 1 on the Kissimmee Chain of Lakes in Kissimmee, Fla., and concludes Sept. 29-Oct. 1 with the final Central Open on the Red River out of Shreveport/Bossier City, La.

“The 2016 Bass Pro Shops Bassmaster Opens schedule offers a diverse group of fisheries,” said Bruce Akin, B.A.S.S. CEO. “Natural lakes, reservoirs, rivers and tidal waters all have a place on this schedule. It should challenge anglers and reward those who are the most skilled and proficient at adapting to the various fisheries and conditions.”

Anglers will compete for a portion of more than $250,000 awarded at each Open event, including a boat-and-motor package to the winners. And the winning pro, if he or she competes in all three events within a division, will earn a berth in the 2017 GEICO Bassmaster Classic.

“I look forward to seeing all the competitors and watching the season unfold,” said Chris Bowes, B.A.S.S. senior tournament manager. “I have the unique opportunity to watch firsthand as dreams come true and B.A.S.S. history is made.”

Competitors earn performance points at each tournament, and the Top 5 in each division are invited to join the Elite Series — the most prestigious bass fishing circuit in the sport — the following year. In recent years, nearly all who received Elite bids have joined the tour.

“More than half of the current Elite Series field has qualified through the Bassmaster Opens,” Bowes said. “I’m excited to see who the additions from the 2016 Opens will be.”

Weigh-ins will be held lakeside during the first two rounds on Thursday and Friday of each tournament week. The 12 finalists who earn the right to fish on Saturday will weigh their catches in at nearby Bass Pro Shops stores, except for the Lake Champlain event which will remain at the original location.

Registration for B.A.S.S. Nation and Life members begins online on Nov. 17. Other details and complete registration information will be posted on Bassmaster.com.

The Kissimmee Chain of Lakes including Lake Tohopekaliga has been a popular venue for Bassmaster tournaments for more than 40 years. The fishery has hosted 22 Bassmaster events including the 1977 and 2006 Bassmaster Classics. Chad Morgenthaler was the lastest to win there, claiming a 2015 Bass Pro Shops Bassmaster Southern Open title with 52 pounds, 7 ounces. The local host for the event is Visit Kissimmee and the Central Florida Sports Commission.

A clear, deep lake near Birmingham, Smith Lake is noted for its huge spotted bass and outstanding topwater action. One of the Alabama Bass Trail Lakes, Smith has hosted seven Bassmaster events, including three Southern Opens. The local host for the event is the Walker County Chamber of Commerce.

Douglas Lake will host its fourth Bassmaster Open and ninth Bassmaster event when the Opens Series returns here in May. Bassmaster Elite Series pro Ott DeFoe of nearby Knoxville qualified for the 2015 Bassmaster Classic by winning the 2014 Open on Douglas Lake. The local host for the event is the Jefferson County Chamber of Commerce.

A picturesque, swampy fishery in southern Louisiana, the Atchafalaya Basin’s maze of bayous and natural lakes is included in Bassmaster Magazine’s 2015 Best Bass Lakes list. The basin has hosted five previous Bassmaster events, including the 2009 Central Open in which Oklahoma pro Edwin Evers earned his second Opens victory in a fourth-day fish-off tiebreaker. The local host for the event is the Cajun Coast Visitors Bureau.

The second Central Open of the year will mark the third time the Bassmaster Opens Series has visited the Arkansas River out of Muskogee, Okla. In 2014, local angler Mark Tyler earned an Open win on the Arkansas River after weighing in 42 pounds, 14 ounces. The local host is the Muskogee Chamber of Commerce.

The Red River, recently rated among the Top 100 lakes in America by Bassmaster Magazine, has hosted 17 Bassmaster events, including two enormously popular Classics in 2009 and 2012. Skeet Reese of Auburn, Calif., won in 2009, and Chris Lane of Guntersville, Ala., earned the 2012 Classic victory here. The local host for the event is the Shreveport Sports Commission.

Oneida Lake has hosted 12 Bassmaster events. Boyd Duckett won the 2012 Elite Series finale on Oneida with 62-6, edging Randy Howell by just 6 ounces. Howell got his revenge this year, when he won the Northern Open over Duckett and nearly 200 other anglers in early August. Bassmaster ranked Oneida 40th among the nation’s top bass fisheries in 2015. It spans more than 50,000 acres. The local host for the event is the Syracuse Convention and Visitors Bureau.

The historic James River has hosted 11 Bassmaster tournaments, including Classics in 1988, 1989 and 1990. Rick Clunn won his fourth Classic on the James in 1990. In 2013, Alabama’s Randy Howell won an Open on the James to qualify for the 2014 Classic on Lake Guntersville — which he won. The local host for the event is Visit Richmond.

One of the pros’ favorite bass fisheries, Lake Champlain will be the site of its fifth Open event in 2016. The giant lake on the New York-Vermont border was recently ranked No. 14 on Bassmaster Magazine’s 100 Best Bass Lakes list of 2015. The final Northern Open will mark the 15th B.A.S.S. event held on Champlain. The local host is the Adirondacks Convention and Visitors Bureau.