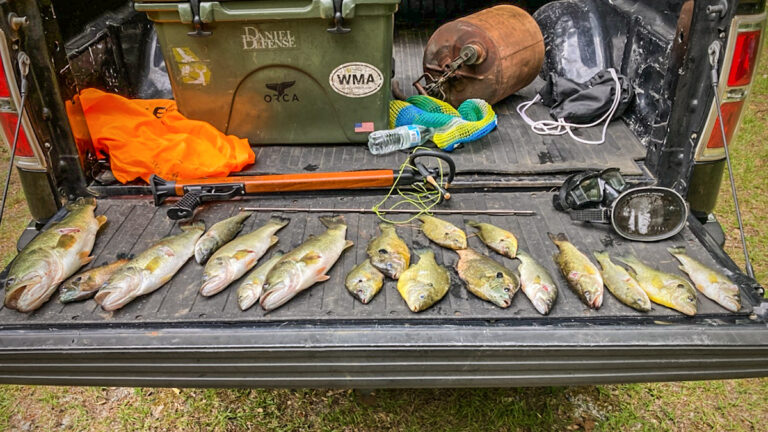 This past weekend in rural Georgia, two Department of Natural Resource officers were patrolling Lake Juliette in Monroe County checking anglers. During one of these routine checks, one of the officers noticed three individuals attempting to sneak away from them through the woods. They didn’t get far and once the officer caught up with them, he noticed a bag the subjects had allegedly hid in the woods. Unfortunately, the bag contained 18 fish consisting of both largemouth bass and bream. There was also a spear gun found.

Each fish was of course dead and each had visible open wounds from being speared. As a result, the three individuals were arrested and charged with fishing without a license and taking fish by illegal methods.

This is a shame to see. With all kinds of fish infiltrating the shallows this time of year for their annual spawns, it’s terrible to see them being targeted like this. It is believed they allegedly did this from the bank. As more updates are released regarding this case, we will provide additional updates.