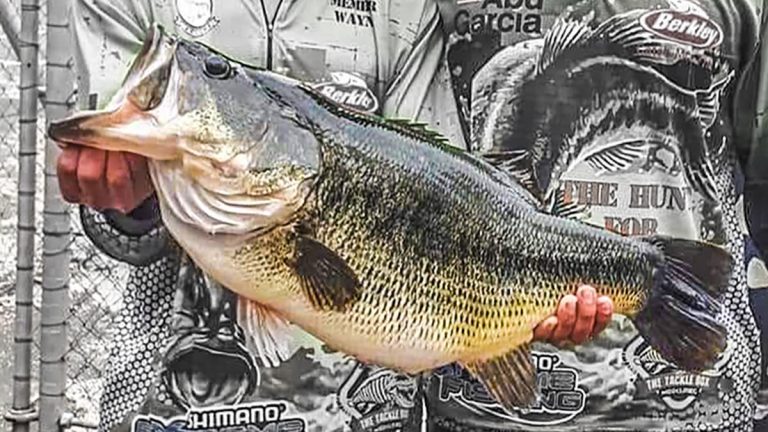 In the South Africa province of Mpumalanga lays the Loskop Dam Reservoir. This 6,000-surface acre lake was built in 1937 by damming the Olifants River. It has been known for carp, barbal and kurper (tilapia) fishing for generations. Like many waterbodies throughout the world, this reservoir now faces the threat from a new invasive exotic species. This time, however, the invasive species is the Florida Largemouth Bass.

I took some time to talk with Dr. Andre Hoffman, aquatic scientist at Mpumalanga Tourism and Parks Agency, about the Florida Largemouth Bass introduction and impact on this reservoir. Below is what I’ve learned from Dr. Hoffman.

There are several reasons why the Florida genetic fish are thriving in South Africa. First, the climate is much more conducive for Florida largemouth; it’s quite similar to the state of Florida’s weather without the rainfall. At Loskop Reservoir, temperatures rarely drop below 42 degrees farenheit and winter lasts for only June and July, but even for those two months, daytime highs still average 70 degrees.

Summer is also much milder, lasting December through March with average daytime highs below 85 degrees. All of this results in two very important factors for optimal Florida largemouth growth-stable water and constant water temperatures above 50 degrees. In these conditions, Florida largemouth have year-round growth potential and spawn very early in the year compared to native fish species. Dr. Hoffman has observed the bass spawning in August while native species didn’t begin spawning until October. 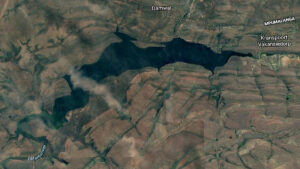 World-class bass fishing, but it comes with a cost

Juvenile largemouth bass in Loskop feed mainly on river sardine and sharptooth tetra while adults feed on redbreast and mozambique kurper (tilapia). The results of the abundant forage in Loskop coupled with the temperature ranges have been remarkable for Florida largemouth bass growth. Wayne Naude holds the current South Africa and Loskop record at 7.192 kg (15.86 pounds) caught during a Big Bass Bonanza event in August of 2018. A quick look at other bass tournament results show one day, five-fish team events taking nearly 30 pounds to win. Both the 2017 and 2018 EBass events took over 29 pounds while the 2017 Anglers4Anglers tournament took 31.04 pounds to win.

Anglers are currently enjoying the thriving largemouth bass population. But based on Dr. Hoffman’s observation, the unfortunate part is the naive native fish population cannot handle predation by such an aggressive predator. The forage population is rapidly declining in Loskop and areas once rich with schools of minnows are now entirely void of fish. Without management efforts, the Florida largemouth bass simply are threatening the survival of native fish in Loskop.

For now, releasing largemouth is forbidden

At this time, the regulations in South Africa are very simple: Florida largemouth bass are considered exotic invasive species. Any of these fish caught in a conservation area, like Loskop, cannot be released and must be harvested. There is, however, fairly limited resources, no true commercial harvest and a growing number of sport fishermen who are not following the directive and instead practicing catch and release.

Biologists have a tough decision to make

This is where things get complicated. It’s not likely the Florida largemouth bass could ever completely be eradicated in Loskop or South Africa entirely; therefore officials have to make tough decisions. Do you set up commercial fishing operations to harvest these fish to save native species? Do you manage with harvest regulations to try to find balance? Do they manage Loskop to promote Florida largemouth growth? Based on the climate and forage availability, Loskop could quickly become a world-class fishery and destination for anglers wanting to test their skills and catch a potential world record largemouth, but this will be done at the peril of many native species. No matter what management path they choose in the future, there will need to be time and resources spent on educating anglers both on the harvest regulations and the expected outcome-the anglers are the biggest key to managing this unique and challenging situation in Loskop.