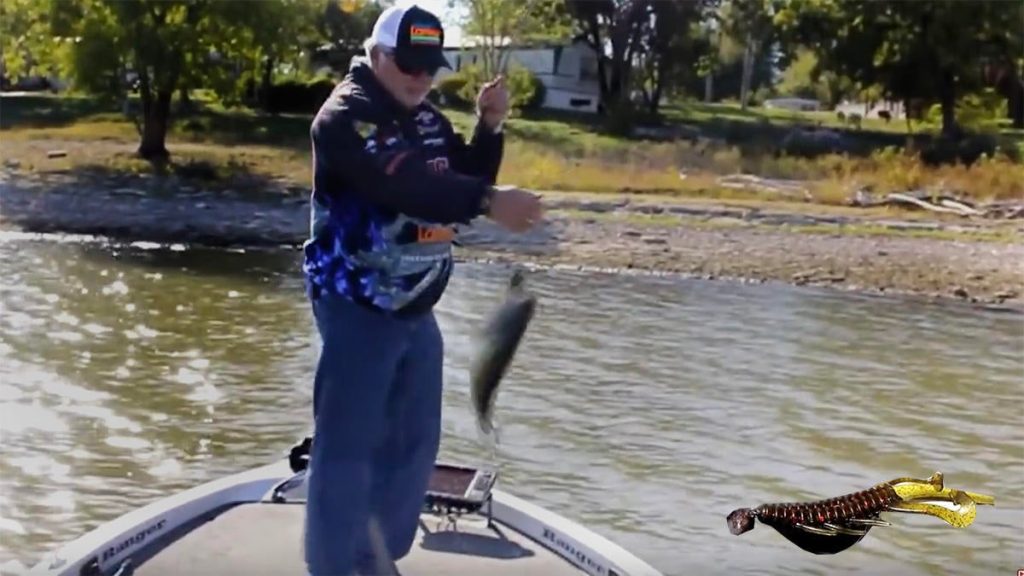 Tommy Biffle explains his Biffle Bug system and how he made it into his own alternative to a shallow crankbait with much better hookups as he proves in this video. This video was shot during really tough post frontal conditions. Several pro anglers were on the lake fishing that day and Biffle was the only one who could pattern and catch fish consistently using a Gene Larew Biffle Bug on a Gene Larew Hard Head.