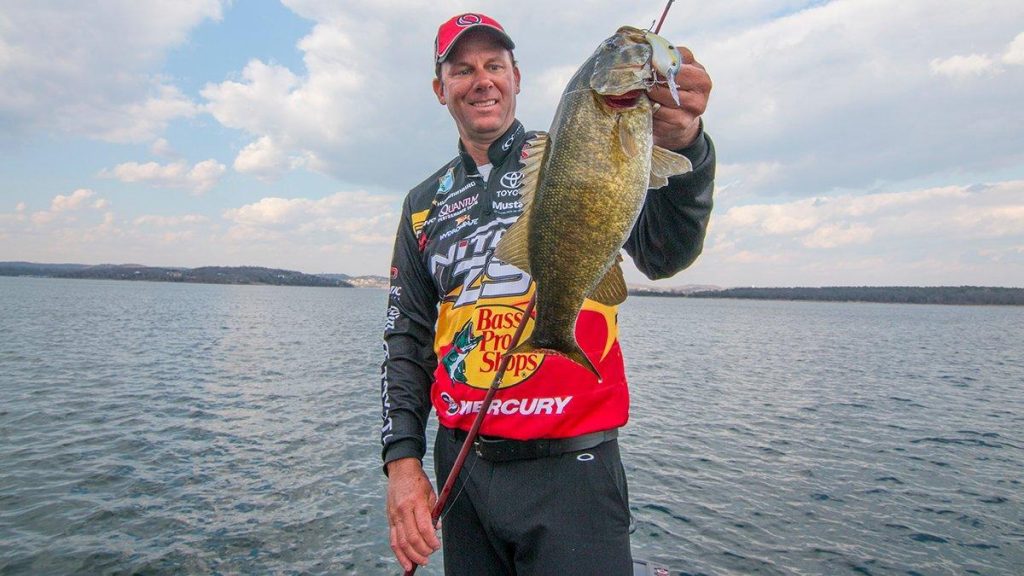 They are the centers of life, the areas with the greatest concentrations of opportunity, but also the areas on which you can waste inordinate amounts of time. Indeed, understanding why certain flats produce more consistent bass fishing and why certain areas of certain flats tend to hold the most fish is a wisdom hard-earned, but profoundly rewarding.

With this scenario playing a big role in his recent Bassmaster Bracket victory on the Niagara River, Elite Series pro Kevin VanDam described flats as a year-round opportunity.

“Bass use flats all the time for feeding,” VanDam said. “Whether it’s a deeper flat or a shallower flat just depends on the makeup of the lake, the habitat and the forage bass.

“Even if the bass aren’t on the flat in the current seasonal pattern, just having an area that has a lot of flats around it tells me that that it can support a bigger population of fish.”

Also a flats fan, Texas pro Alton Jones likes that these areas provide survivable conditions when oxygen deficits drive fish out of deep water. Flats may be warmer, but at least the fish can breathe. Add to this the oxygenation of wave action, and the flats attraction is undeniable.

“It’s not just a matter of looking at a map and saying, ‘this flat will be just as good as the one that’s the same size across the lake.’ A lot of times, they have subtle differences to them depth-wise and habitat-wise,” VanDam said eschewing the notion that a flat is a flat.

“There’s a lot to it, and you just have to break down each flat and decipher what (the details) mean.”

The 4-time Bassmaster Classic winner also notes that the flats on natural lakes like those of his home state tend to present more subtle variances than those of manmade reservoirs. This makes any change in depth or habitat that much more important.

“A lot of it has to do with what’s in the surrounding area, and it’s all relative to the lake,” VanDam said. “For instance, on a highland reservoir like Table Rock, a flat that’s 50 yards wide is pretty big, whereas up in the Great Lakes, we have flats that are miles long and a 1/4- to a 1/2-mile wide with very little depth change. On Lake St. Clair, the whole lake is basically a flat.” 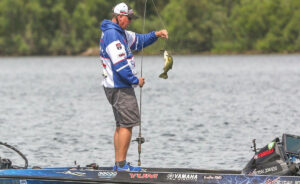 Cover: Bass may roam open water in certain low-light scenarios, but typically, cover is key. Grass is most common, as it harbors forage and provides bass concealment. Identifying the areas with vegetation immediately puts you in productive water.

“If you have a flat with milfoil on it, (this grass) only grows in a certain depth zone in a lot of lakes, say from 4 to 10 feet,” VanDam said. “So the bigger a flat is with that 4- to 10-foot zone, obviously the more grass it’s going to have and the bigger a population of fish it’s going to support.”

Geography: VanDam likes flats that taper into main lake points, as well as those that connect with major bays or creeks. Such positioning puts the flat right along migration routes and ensures groups of fish will be on or near the flat most of the year.

“How a flat lays out in relation to the river channel is important on a reservoir because of current,” VanDam said. “A flat in a bay is not the same as a main lake flat on Kentucky Lake.”

Follow the routes: Elongated depth variances found in drains and channels are the avenues of travel for predators and prey. VanDam targets even slight drops because they typically have the best grass.

Each time the Costa FLW Series holds a Potomac River event out of Marbury, Maryland, the fertile flats on either side of the main channel leading into Occoquan Bay and a lesser residential offshoot attract several anglers who fish the dense milfoil and eel grass beds.

Even small ditches slicing across flats can concentrate bass. Case in point, Casey Smith won the recent bass tournament on the Potomac by focusing on a ditch running across the massive grass flat just south of Aquia Creek. Dumping into a 12-foot hole, the modest lane dropped from the surrounding depth of 4-6 feet to about 7-8. Working the edges, especially where the ditch met the hole, proved most productive.

Fishy bottoms: VanDam finds that bottom composition can separate good flats from great ones — depending on what he’s targeting. Soft bottoms sprouting lush grass is largemouth heaven, while flats with scattered rock and sandy patches are ideal for brown fish. 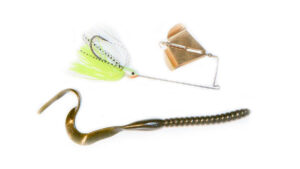 When he’s exploring a flat, especially during tournament practice, VanDam makes good use of his electronics to locate high spots, depressions, rock piles, stumps and grass; but often, he just fishes his way into enlightenment.

“You have to use presentations that allow you to efficiently cover the depth zone you’re trying to target for the types of cover,” VanDam said. “If the water is stained and I’m fishing shallower grass, lipless crankbaits are one of my favorite baits for those flats in less than 10 feet.

“If it’s clear, you want to use some that draws bass from long distances and triggers bite. Something like a jerkbait or a spinnerbait is a great way to cover a lot of water quickly.”

Once he runs into the fish with his search baits, VanDam will pick apart the hot zone with baits appropriate to the depth and fish positioning. His common mix includes a dropshot, football head and Carolina rig.

In his Potomac win, Smith caught most of his bass on a 4.8-inch Keitech Swimbait in bluegill flash rigged on a 6/0 wide gap hook with a 1/4-ounce belly weight. A 7/16-ounce Gambler Southern Swim Jig with a purple Yamamoto Swim Senko and 1/2-ounce watermelon Chatterbait with a Keitech Swing Impact trailer also produced flats bites.

For his flats fishing, Jones goes with a one-two punch of a reaction bait and then a more subtle follow up. His strategy seeks first to draw strikes, but secondly to identify targets. 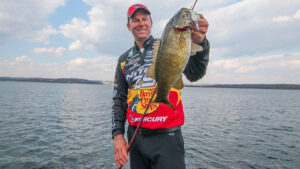