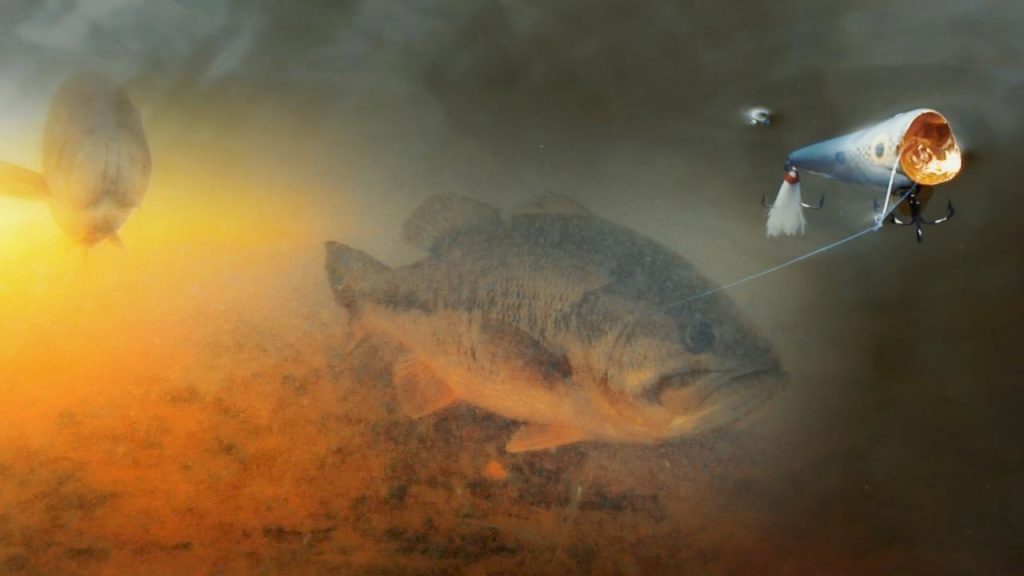 We listen hard when bass pro Jason Christie talks. He loves chasing bass with topwater baits during late fall, and poppers his preferred bait of choice over other topwater categories.

Christie feels poppers excel over walking baits in dirty water based on noise; their chugging sound opens up the bait’s strike window, drawing fish from further distances than most topwater lures. Bass are often at their peak ‘education’ level come late fall too, having seen an onslaught of lures throughout the season. Most poppers have a smaller profile than comparable walking baits, which excels on conditioned fish and when bass are keying on smaller baitfish.

Versatility rounds out their effectiveness. Christie works poppers fast and erratic, then pauses the bait around key cover, then resumes a fast retrieve. So poppers perform double duty as a power fishing bait while giving bass something subtle and natural looking during the pause.

Lastly, Christie characterizes two types of bites in topwater fishing. 1) Either bass are actively feeding and eat the bait, or 2) their territorial nature spurs them to hit or push the bait, often without opening their mouth. A trebled lure is much more effective at hooking the latter — a big plus when bass are tentative, yet reacting to a bait.