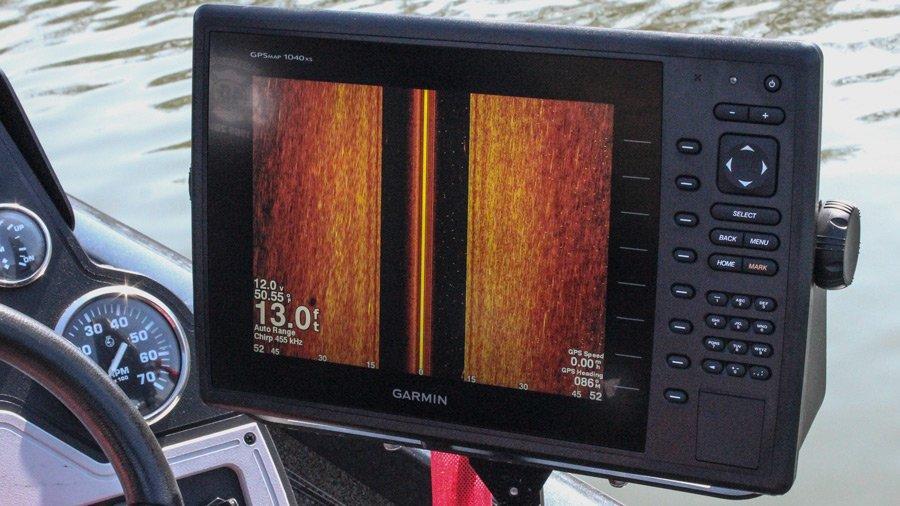 Several years ago, I ran Garmin electronics on my Ranger 520. They were Garmin 192C units with a 5 inch screen. They were top of the line then but cryptic and old fashion by today’s standards. Boy have the times changed.

Fast forward to 2014, and I installed two Garmin GPSMAP 1040xs units networked with their black box technology. The 10-inch keyed chartplotters have SVGA displays and have upgraded Garmin’s footprint to include Down VÃ¼, Side VÃ¼ and some of the clearest sonar pictures I have seen utilizing their proprietary multi-frequency CHIRP technology.

The 600-watt capable units send multiple frequencies to better define fish, bait and bottom composition and provide a clearer picture. Targets are clearly defined due to enhanced target separation and less signal noise. No more blobs but rather a clear, almost photo-like image. 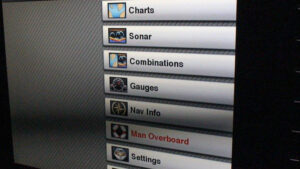 I am impressed with how clear they are in bright sunlight. The speed they operate is also a welcomed relief. The GPS/processor and receiver update 10 times per second which means more fluid screen operation and screen movements. 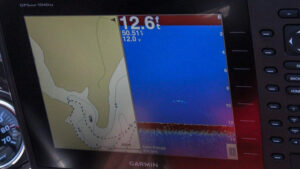 I have been totally impressed with the ease of use. The 800 by 600 pixel resolution combined with the ability to use multiple different transducers allows the user to determine how the unit will work best for them.

The internal antenna for the GPS is also slick, and with built in Lake VÃ¼ HD mapping covering 17,000 US lakes you are ready for operation right out of the box. There are 6,700+ HD quality maps with 1-foot contours shoreline to shoreline with Lake VÃ¼. You can store up to 5,000 waypoints and you can choose the type of icon you desire. 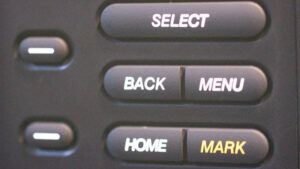 One of the neatest features is a simple button called the home key that takes you back to the main menu even when deep into the screen display setup. You really cannot get lost with these units. The functionality of the presets is also off the charts, and once powered on, the ability to go from full sonar to an assortment of screen setups is as easy as a single button positioned just to the right of the screen.

As I get older and cannot see nearly as well as I used to, I often kid about wanting a 50-inch TV on my boat for a depth finder. The Garmin GPSMAP 1040xs clears that up with clear definition and an LED backlit bright screen and accents it with precision sharpness in a large unit, easy to see even for my old eyes. 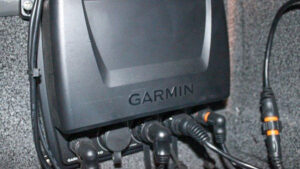 My 1040xs units are networked together with their black box GCV10 that I mounted under the dash. That box allows for other options like radar, engine data, radio and satellite radio to be installed easily but also allows for screen sharing and easy on and off of both units. NMEA 2000 standards are protocols used for other plug and play devices and allows them to “talk” together and display flawlessly. 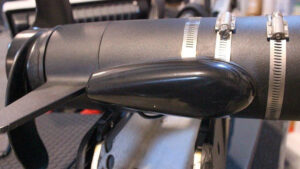 I chose my transducers based on my application and found the high speed transducer was mandatory ran in concert with the Side VÃ¼ transducer both outside the boat on the transom. For my front unit I mounted it above the Fortrex foot pedal on the Precision Sonar bracket for stability. I use a Down VÃ¼ / Side VÃ¼ transducer on the trolling motor as well.

The good old days are now for marine electronics and the future looks even brighter with Garmin’s new chartplotters and technology like their Panoptix all seeing sonar. But we’ll save that for another review. 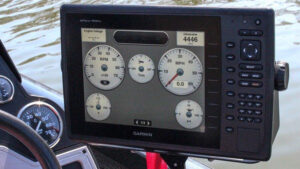