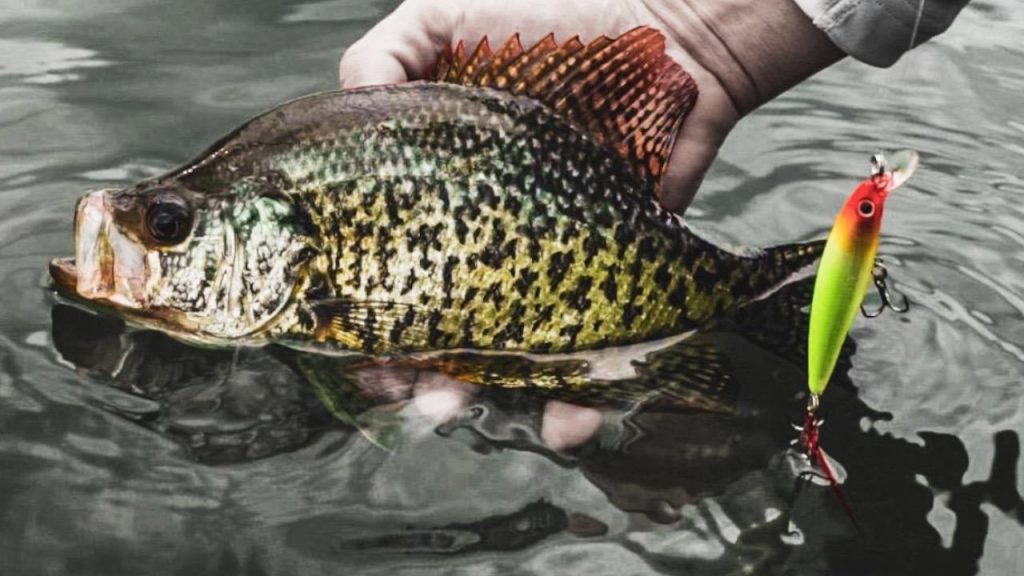 Not getting crappies to bite your live bait or finesse jigs and plastics? Try a jerkbait on ’em! Kyle Peterson explains how and where to catch aggressive springtime crappies with erratic micro jerkbaits. He shares pointers on how to work the bait to trigger strikes while detailing the optimal rod, reel and line for the job.

Chances are you’ve experienced periods where crappies refuse to feed on conventional baits, yet aggressively defend their territory from potential threats — this typically occurs on the verge of the spawn. Jerkbaits trigger aggressive strikes when fished similar to bass fishing. Kyle Peterson targets crappies with jerkbaits around emergent grass (bullrushes), but the same tactic works around boat docks, sunken brush, laydowns as well as submerged grass beds.

Peterson recommends using bright baits and line as they function as strike indicators while a long rod and large reel spooled with a smooth braided mainline deliver superior cast control and fish fighting around cover.