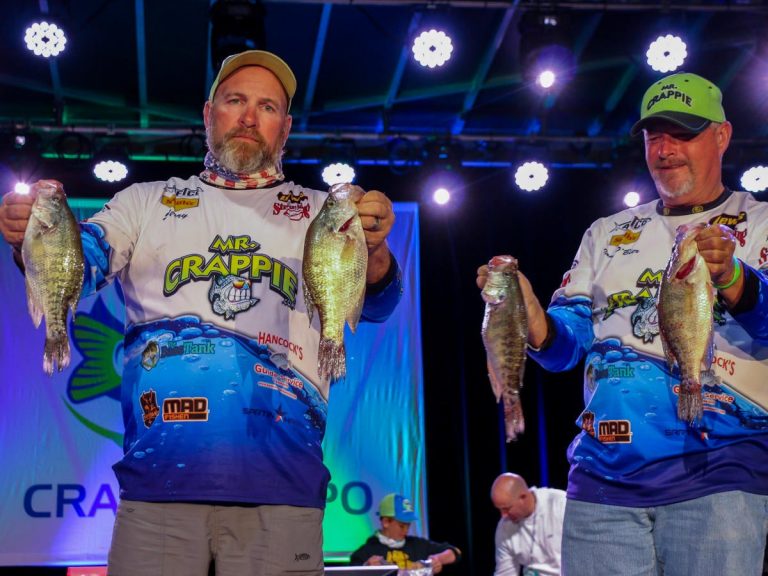 The 2020 Crappie Expo and Invitational Tournament were this past weekend on Table Rock Lake and at the Branson Convention Center. Again the biggest crappie tournament in the world was put on by Mr. Crappie Wally Marshall and his crew dedicated to pushing crappie fishing into the limelight with the other top competitive fishing sports.

This year’s Invitational Tournament gave the 112 teams quite possibly the greatest test in a crappie tournament any of the anglers had ever seen. A brutal cold front swept through the Ozarks that brought freezing temperatures, wind, rain and fog, giving many of the lake’s crappie lockjaw. That was followed up by torrential rains from Hurricane Zeta.

While finding crappie on a fishery most of the field had never seen or fished would prove challenging, finding areas that would not be blown out from runoff from a week of rain proved more difficult. But the winning team of Jerry Hancock and Paul O’Beir would not only find the right areas, but also the better quality white crappie which many did not figure would be the winning ticket on a highland impoundment like Table Rock.

With no information about the lake except what they could find online, Hancock and O’Beir decided to run up the James River the first day of practice. They ran to the mouth and fished their way up the river targeting brush, docks, and standing timber along the way. They only managed 2 keeper crappie that first day and that was the best conditions they would see the rest of practice.

Battling cold, rain, wind, lightning and more the duo kept working their way up the James River launching further up the second day and all the way up in Cape Fair the final two days of practice.

“We ran all the way up to Cape Fair to find some colored water,” Hancock said. “It all looks the same up there. There are big bluffs, and then it will make a bend and flatten out some with some timber. I fish on Lake Fork and Paul is really good at fishing timber too, so we wanted to find good timber fish. It was lightning, cold, rainy and we got 5 or 6 keepers that second day of practice but not much size. Pound and a half was the best we could do.”

Waking up the third day to a torrential downpour, the duo took their time getting on the water and waiting until mid morning to run way up the river. They did not find a lot that third day, but they stumbled onto what would be the winning pattern, targeting standing timber where a bluff ended on a bend and flattened out. Those trees held better crappie.

The final day they expanded on what they found on day 3 of practice and pushed even further up the James River and found two key stretches that had timber on a bend that were holding a better class of white crappie.

“We were worried about going further up the river in practice because we thought the rain might wash out our spots up the river,” Hancock said. “The first day of the tournament, we didn’t get to our second spot until about noon and immediately started upgrading our fish from the first spot. We had to leave around 1:45 to get back in time. So we didn’t get to fish it long.

“We were in 20th the first day, but we felt really confident because we didn’t get to spend enough time on the area that turned out to be the best area. The second day we caught the biggest bag of the tournament focusing on fish in 22 to 30 feet of water over 40 feet of water on that timber. That was deeper then I think a lot of the other guys were fishing.”

“Profile or color didn’t seem to matter much,” Hancock said. “The toughest part was getting a bait on the fish’s nose with LiveScope in 30 feet of water. At Lake Fork, I spend all winter fishing 30-50 feet of water catching fish 20-30 feet down. I have hundreds of hours experience working a bait to a fish that deep on Fork. I could have gone to 1/4-ounce weight above the jig. But we stuck with the 1/8 ounce jig and 1/8 ounce weight above it because the bite was so light. It’s a grind. Some of the time we worked the bait up to fish with the boat. Other times we would pitch it out and swing it down to them. But you had to put it right on their nose. They didn’t want to chase.

“The key was we found some bigger white crappie deep, and a lot of guys aren’t used to fishing that deep. And then being able to present the bait perfectly on the fish with Livescope and boat control. We struggled with the wind swirling that third day coming from so many different directions. I’ve fished tournaments for 20 years. Paul has 30 years in. Nobody has ever experienced a tournament like this for the length, the weather, how far we had to run, and changing conditions like flooding, muddy water blowing out areas. It’s just incredible to win this.”

“In practice, I thought we could get a top 25. Then, that first day when we struggled the most, that’s when we won the tournament. We got to see what our area was capable of and what we needed to focus on. That adversity helped us. I have spent so many days grinding, hunting fish with Livescope while guiding. Everyday is a grind. All that grinding helped us stay focus when others got spun out by the weather, being cold, or muddy water blowing out their areas. We just stayed calm and focused on the next fish. It hasn’t really sunk in yet after so many years of fishing crappie tournaments to win this event and to have this pay day like this. It’s just amazing.”

O’Beir and Hancock took home the $80,000 first place prize, the richest in all of crappie fishing. Their three-day weight of 21 crappie that weighed 27.73 pounds bested the second place team of Jeff Heuman and Randy Pope who had 26.77 pounds for three days and took home $30,000. Weylin Shanks and Matt Wareham were third with 25.95.

Wally Marshall has been working really hard to build a world-class event for the anglers as well as the fans to have all things crappie fishing under one roof. The crowd was treated to the World’s Largest Fish Fry on Saturday with more than 1,500 pounds being fried and served to the masses. Thanks to Riceland and Cajun Fryers and the Mr. Crappie rockstar staff of volunteers who made this show a success, everyone I talked to really enjoyed the food, the entertainment, all of the gear and access to the pros to ask all their crappie questions along with the best of the best competing in a grueling 3-day event that threw every curveball at an angler.

Next year’s Crappie Expo will be in Shreveport, La. If you love crappie fishing, you should really consider going. It’s the best show there is for crappie anglers, bar none.

Here’s pictures of what you missed at this year’s Crappie Expo 2020 courtesy of me and our friend Ron Wong / Crappie Expo. 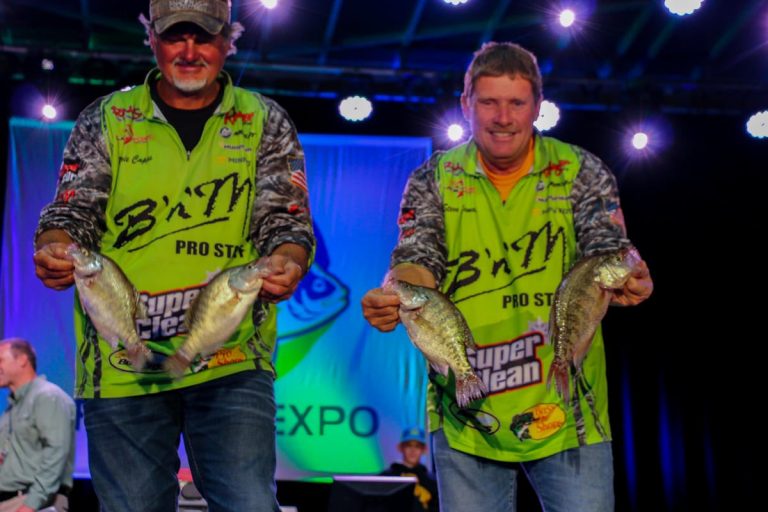 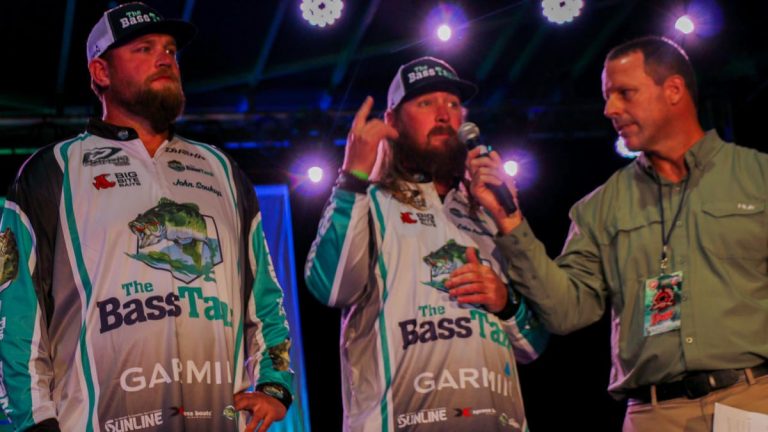 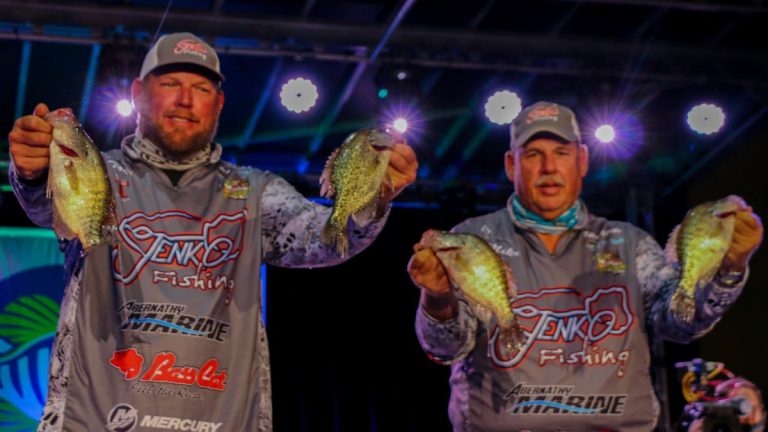 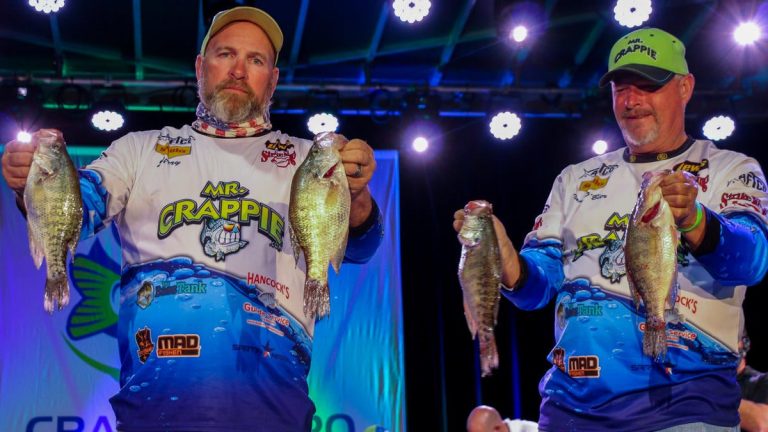 Holding Up the First Place Trophies

Jeff Heuman and Randy Pope with the 2nd Place Trophies

The Crew is Frying up 1,500 pounds of crappie

The crowds came for the World’s Largest Fish Fry 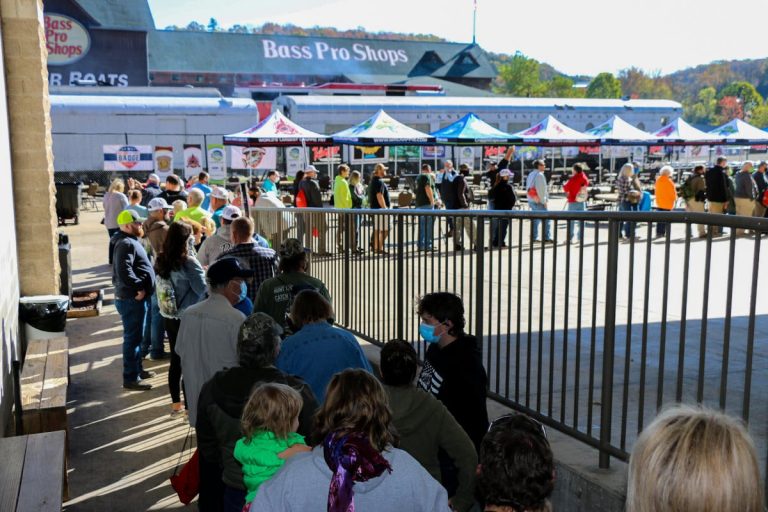 And everyone was smiling on a beautiful fall day 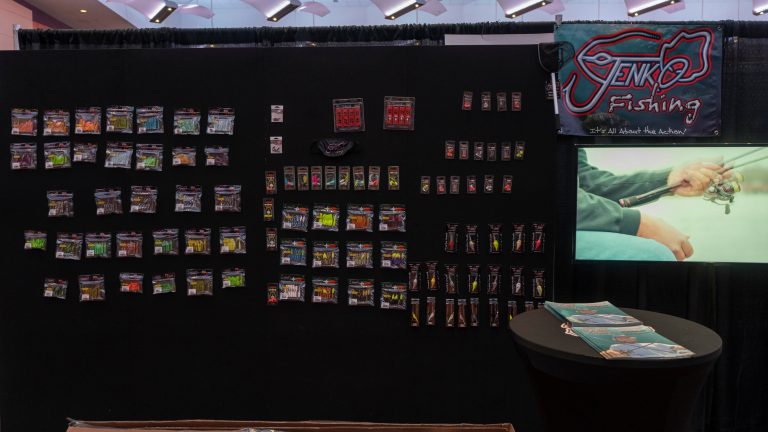 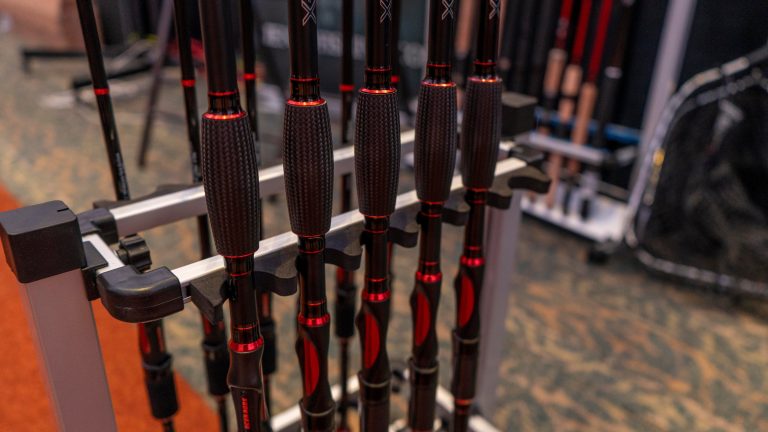