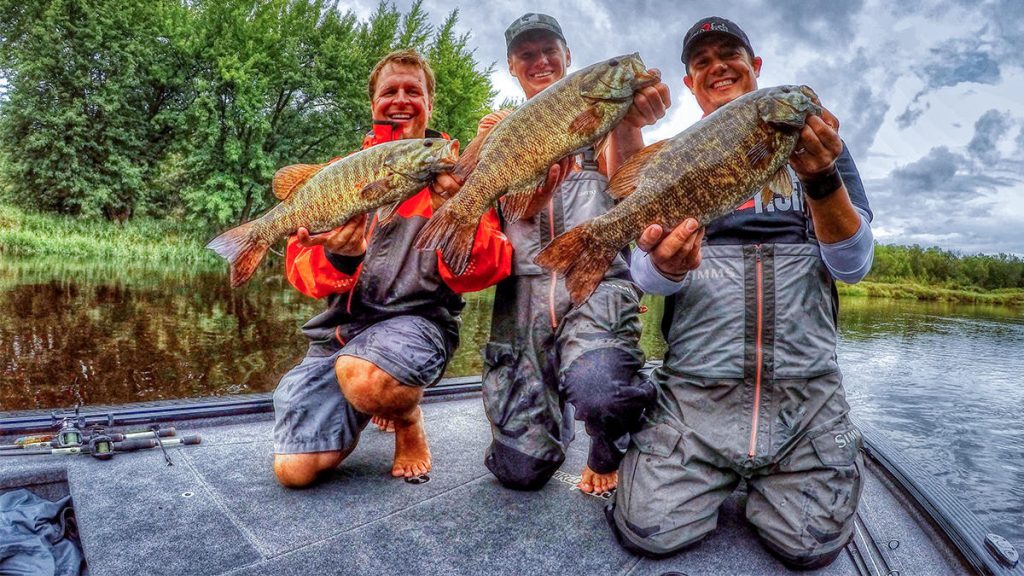 I’ve been a bass boat owner for the majority of my life. I’ve restored older fiberglass boats because of my limited budget and I’ve also been able to save to buy a shiny, 21-foot fiberglass rig that made me feel like a total hotshot. I got to thinking the other day and for whatever reason, I grew up thinking that you had to have a fiberglass bass boat to be a “real” bass fisherman. It’s what I saw on television and in the magazines, so it’s really all I knew to be honest.

But man, there’s a trend happening in recent years that we can’t really ignore much longer. A bunch of anglers, whether they’re weekend guys or full-time touring professionals, are flocking to aluminum bass boats. The number of newer tin boats I’m seeing on my local fisheries is absolutely blowing my mind. I’ve talked to boat dealers and they’re having to drive thousands of miles to other states just to pick up aluminum boats for committed buyers. They agree that it’s unlike anything they’ve ever seen.

Does this mean fiberglass boats are bad? Absolutely not. They’re incredible boats and have all kinds of fancy options. What it does mean, in my opinion, is that the new technology and hull designs available in aluminum boats are giving folks the opportunity to finally get in the game at a much lower cost.

I’ve been eyeing aluminums for the past year. Since this redneck’s wheels have been turning so much on this issue lately, I wanted to share my recent thoughts on this trend. I still have no idea what I’ll do but I imagine a lot of folks are in the same position right now, so maybe this will be a helpful exercise for all of us.

The pros are becoming believers 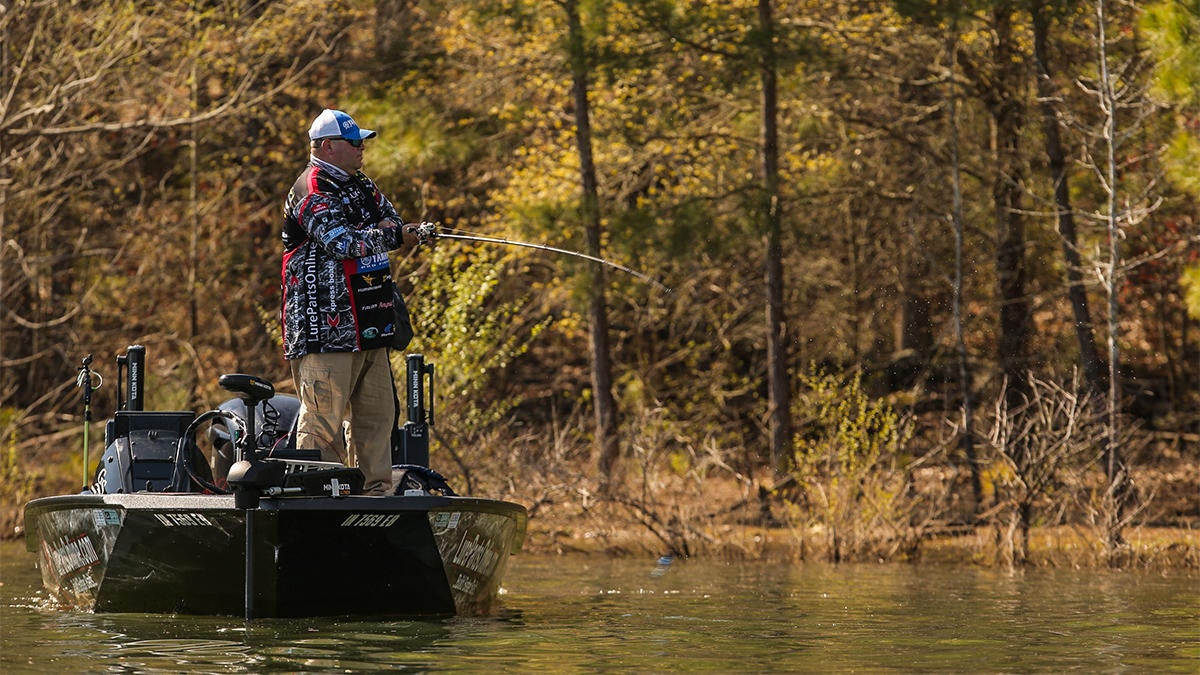 In case you missed it, Elite Series pro Jason Christie announced on Wednesday that he was going to be running an Xpress X21. This man is undoubtedly one of the best bass anglers in the entire world. He could have run any fiberglass boat he wanted to; take that to the bank.

Instead, the dude chose an aluminum boat.

A decade or two ago, that would have been completely unheard of. But Christie has tested the boat extensively and feels like it’s going to give him a clear competitive advantage in upcoming seasons, per his announcement on our Facebook page. I think this is a clear testament to the technology and effort put into manufacturing aluminum bass boats these days. There is so much competition that these companies are having to do everything imaginable to make their boats the best they can.

I’ll give you another one: John Cox. The guy is, in my opinion, the best shallow-water angler in the world right now. You can put him in a mud puddle and he’ll find a way to catch an 18-pound limit. To the best of my knowledge, he was the first one to fully commit to running a tin rig a few years ago. He chose to run a Crestliner because it allowed him to access such shallow water, which of course, is his biggest strength. I haven’t been keeping an exact talley of how many trophies that man has won in an ol’ tin rig, but I can guarantee you he could pay off my house a couple of times over with the money he’s made in that dern boat.

The first professional tournament that really opened my eyes to the possibilities of a tin boat, however, was when Elite Series pro Mark Menendez dominated Lake Dardanelle in 2009 using a little 17-foot G3 with a 90-horsepower motor. While it took him over an hour to get to his primary area, he was able to get where nobody else could reach. He would manually push his way through a culvert in order to reach a desolate backwater. Because of his boat choice, he had every single fish all to himself.

So whether it’s Jason Christie in his Xpress X21, John Cox in his Crestliner MX21 or Jeff Gustafson in his Lund 2075 Pro-V Bass, we simply can’t ignore the big names that are choosing to run aluminum boats these days. I really think the professional landscape is changing and will continue to do so. 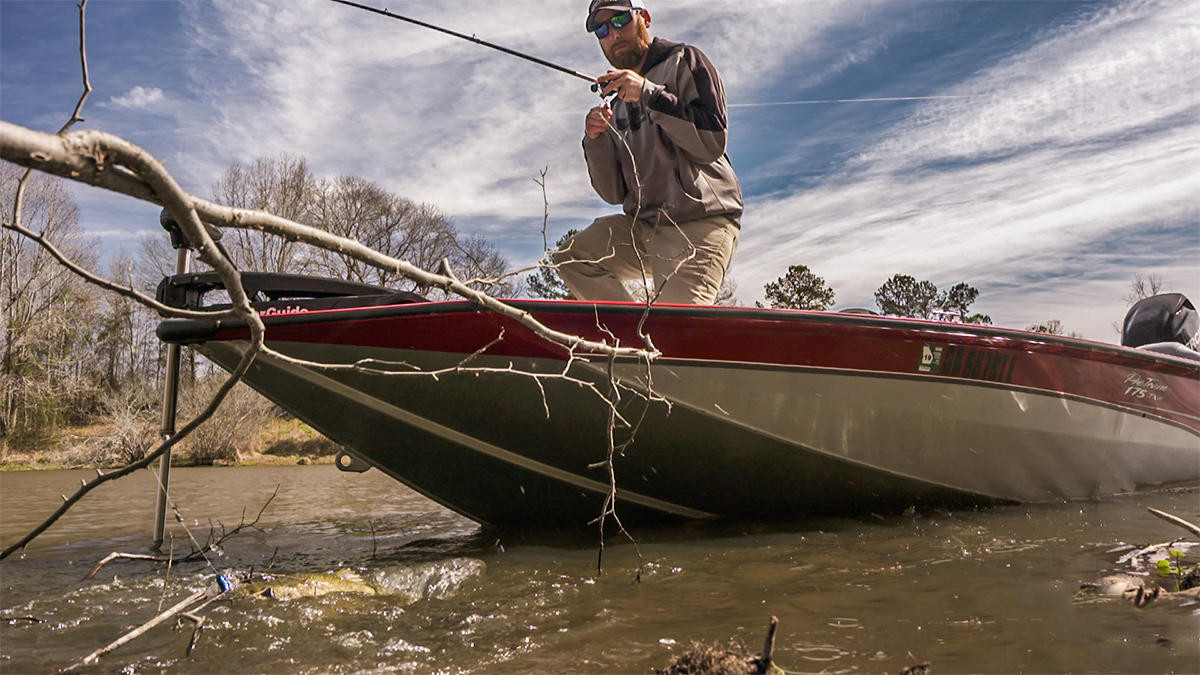 If you can afford a brand new fiberglass bass boat, I sincerely think that’s awesome. I totally support your purchase and there’s nothing in the world wrong with buying a decked-out fiberglass rig. They’re like the Cadillacs of the bass fishing world and most bass anglers dream of owning them.

This ol’ boy, however, cannot afford a new fiberglass bass boat. I am a common man and don’t really need the latest and greatest of things. Currently, I own a 1999 Skeeter and a 17-foot Bass Tracker. I’m wanting to eventually get it down to just one boat, so naturally this has me thinking about the smartest investment for my type of shallow-water fishing. With some of these new aluminum rigs starting at around $40,000 with a four-stroke 250-horsepower outboard on them, I’d be lying if I said I haven’t been eyeing a few lately. It’s tempting. 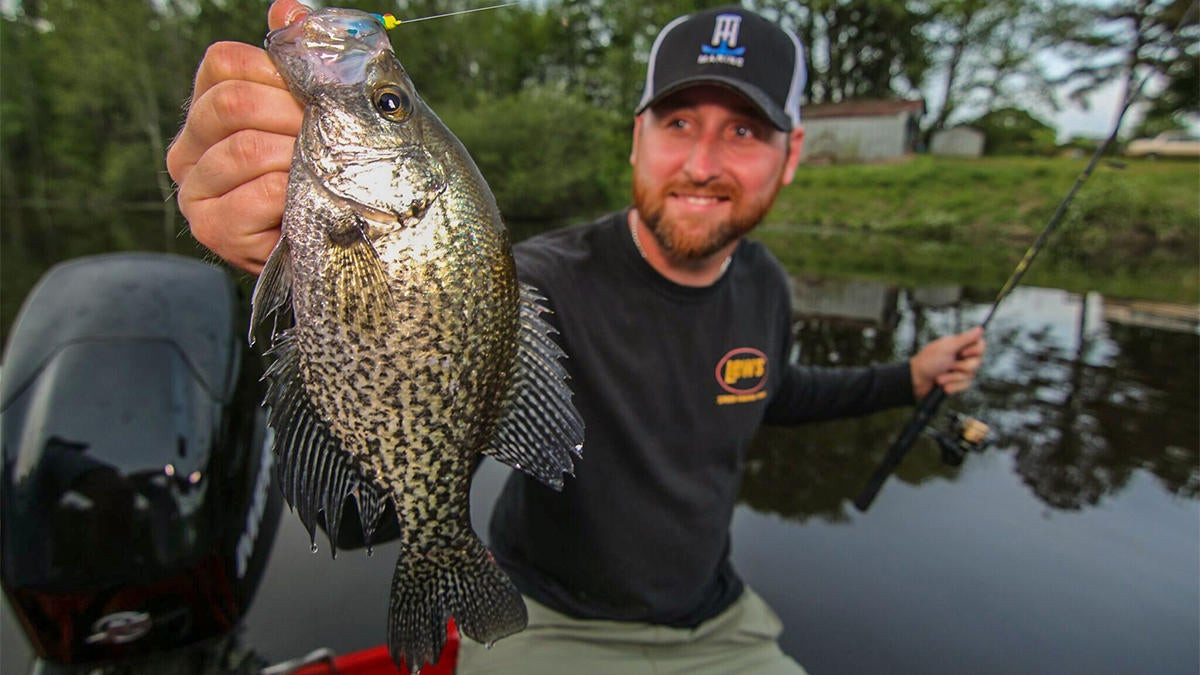 You might think it’s dumb for me to have two boats. I’d agree with you except for one important thing: I need to be able to access different types of fisheries and species for filming and shooting cool content for Wired2fish. I can’t put my 21-foot Skeeter in a small WMA lake or a skinny river with a tiny dirt boat ramp; I’ve tried and it’s a nightmare to load and unload. On the other hand, I don’t want to put my small Bass Tracker on a big lake when it’s blowing 25 mph straight down the river. Each of my boats have very specific applications.

But as I consider my consolidation options, I keep side-eyeing these new aluminum rigs. I feel like they might come the closest to offering me the best of both worlds in regards to versatility. I think I should be able to dunk a 21-foot aluminum in small lakes and rivers with no problem while also handling fairly moderate waves on larger waters. I haven’t personally tried yet, so I can’t tell you definitively. But again, I’m just thinking out loud here.

I bought my diesel pickup truck when I was towing my 21-foot fiberglass rig all over the country fishing tournaments. It was a worthwhile investment at the time and I couldn’t even feel that heavy boat behind me, even in the mountains.

These days, however, that old diesel has over 250,000 miles on it and is in the dang shop more than it’s in my driveway. I’ve been reluctantly holding onto it though because my old fiberglass rig is so heavy. If I want to pack up and pull it to Florida, I’d rather have my diesel.

But what if I were to go with an aluminum rig? I could sell my diesel (diesel resale values are insane right now) and buy a low-mileage gas burner and have plenty of money left over. Some of my buddies have told me how lightweight these new tin boats are, so an expensive diesel truck may not be necessary if I choose to go that direction.

A few questions I still have 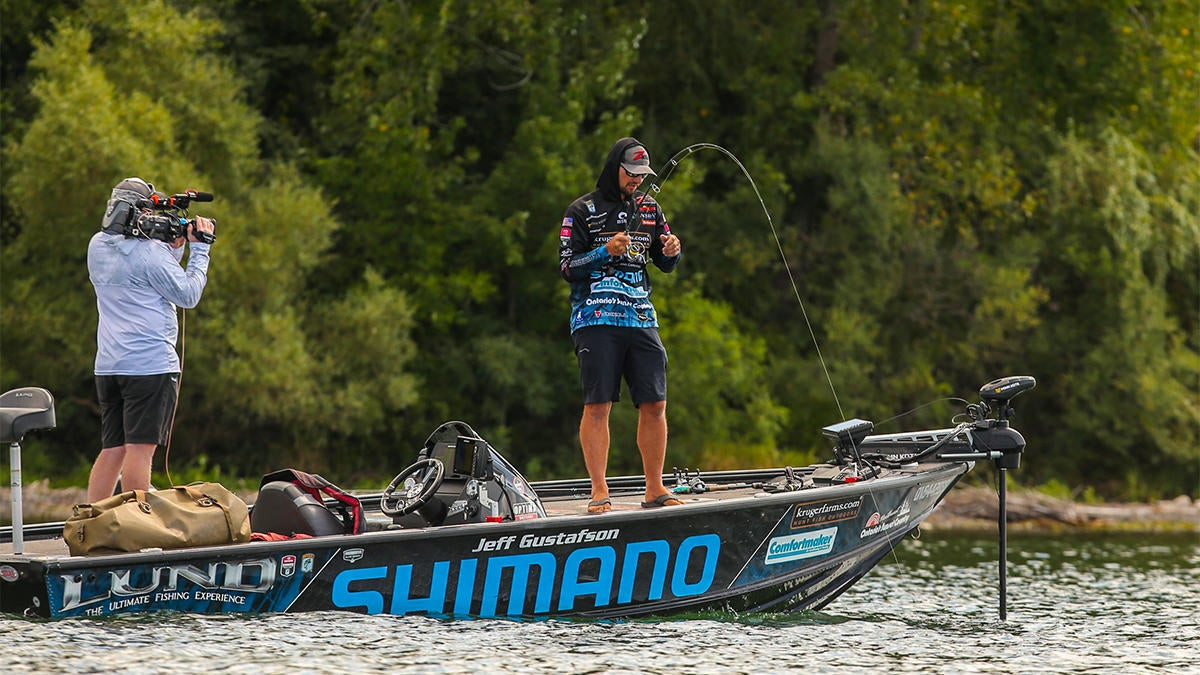 Again, since I’ve never had a brand-new, 21-foot aluminum boat, I can’t personally attest to any of this. But I do have some questions that keep popping into my head regarding switching to an aluminum boat. 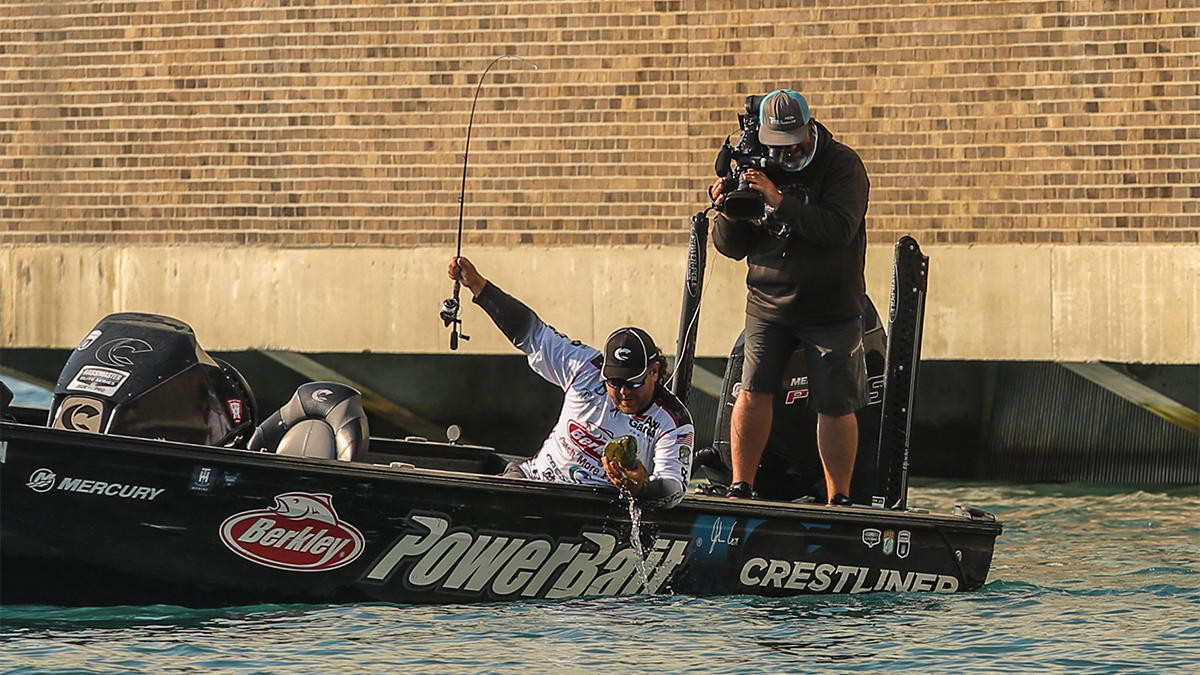 Will I ever ditch my fiberglass boat? I don’t know, man. That rig is super sentimental to me and most importantly, it’s paid off and still runs like a top. I also have it rigged just like I want it. Although I’m not usually a “trend” guy, this aluminum trend is one that actually has me thinking a lot.

We’re going to continue to see some of our favorite professional anglers make the switch to aluminum; I have no doubt about that. Personally, I like the shake-up a little bit. I think it’s going to be really cool to see all the different and creative ways these guys rig out their boats and trailers.

For the common folks like us, however, I think this trend just gives us another option to get in the game and have some fun doing something different. It’s all a matter of preference, so never forget that and don’t apologize for what you like. My dad always told me growing up that the fish will never know what kind of boat you drive. The most important thing is that you’re out on the water and blessed enough to be fishing.