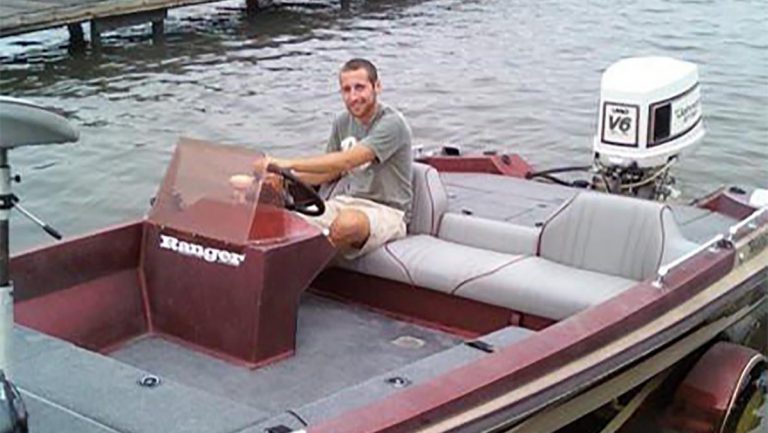 I was talking with Terry the other evening and he started telling me about his most recent boat rebuild. He’s one of those dudes who can fix just about anything and he loves tinkering, so I’ve enjoyed following his progress. I also brought up my first bass boat – a maroon and gold 1987 Ranger 374-V. After some searching, I finally found an old photo of it and memories immediately began flooding my brain. Looking at that picture kind of made me miss it and its accompanying headaches in a weird way.

That old boat was as possessed as the day is long. Now, I’m certainly not commenting on the quality of a Ranger bass boat; they make a darn good bass boat. But this thing was left outside for over 10 years under an old oak tree, completely uncovered. Heck, I didn’t know any better at the time. I had finally saved up the money to buy it for $5,000 and I pulled the trigger and did it. It cranked, it floated and that’s really all that mattered to me.

While I didn’t look like the biggest hot shot on the lake, that ’87 Ranger gave me a bunch of memories that I’ll never forget. Memories that, quite honestly, I probably wouldn’t have had in a brand new bass boat. 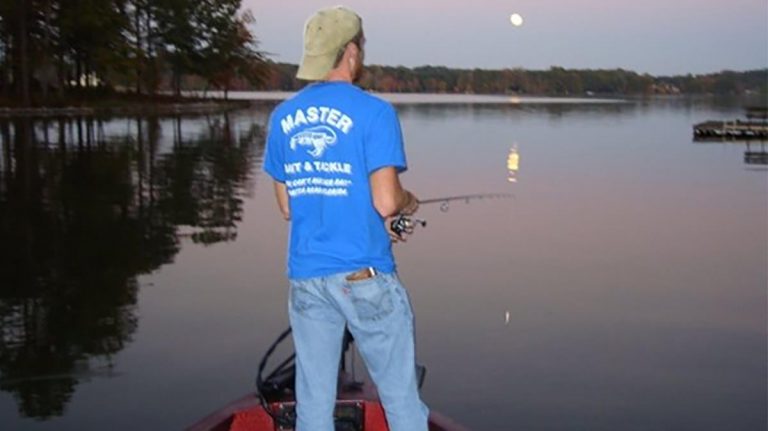 I remember the time I fished my first tournament by myself. I was nervous as could be and you know what happens when you let the moment overwhelm your emotions; you make mistakes. That dang trailer didn’t have an inch of grip tape or even diamond plate to give my boots any grip when boarding the boat. The only ounce of grip you had was certain rust spots on the trailer.

Of course, I feel like everyone at the boat ramp was looking at me. They weren’t, but I was a young kid and not nearly as secure with myself as I am today. I was in this ugly, patched-up boat and I’m surrounded by 150 sparkly boats that shined like new pennies. Needless to say, I slipped off that nasty trailer and got wet. We ain’t talking about my boots getting wet, either. We’re talking about ol’ Walk doing a cannonball into 48-degree water and submerging his entire body underwater.

I was hoping nobody noticed. But my ded gum left boot let out the biggest squeak you can possibly imagine as I slipped, which served as everyone’s alert to look at the young scrawny kid in mid air. I’m almost in tears laughing as I type this, but man, it was mortifying at the time. Any pattern I had went out the window that day and I just fished sunny banks all day so I wouldn’t get pneumonia. But I can remember every fish I caught that day and exactly what I caught ’em on. The guys were all really cool about it at weigh-in, too. I made a few friends that afternoon that I still talk to nearly every day.

I also remember the time I hit my buddy right in the face with a goose. That old bass boat didn’t have hydraulic steering so compared to my current boat, it turned like an 18 wheeler. Two buddies and I had been working on the Johnson GT150 one afternoon, which was quite the regular occurence, and we needed to go run it around the lake to check some things. We were cruising about 30 mph and this dang flock of geese landed right in front of the boat. I don’t know how you don’t see a bass boat three-deep with ugly kids coming towards you but apparently they weren’t the most observant animals on the lake that day.

As they landed, our eyes got as big around as tennis balls. I looked at my friend who was sitting in the port-side of the bench seat and all I saw were his eyes frantically looking for an escape route while he repeated the same four-letter word in slow motion. My other buddy was looking down which would soon prove to be a painful mistake.

I tried to turn that dern steering wheel as hard as I could and I could barely get it to budge. The frantic port-side buddy totally panicked and just dove head-first into the floor of the boat. Even though he weighs about 300 pounds, I’ve never seen a big man move so quickly. That joker looked like Pete Rose sliding into home plate. Looking back, it was a thing of beauty.

But the middle seat guy was not as fortunate. The dude got jacked up by an overgrown duck. He looked up after he felt the 300-pounder’s thud on the bottom of the boat and was greated by a large Canadian goose right in the face. Now, I don’t know how much a goose of Canadian descent weighs, but it looked about the size of a wild turkey and I’ve never seen three 18-year-old supposed men scream like that. We had this huge goose in my buddies lap, my other friend on the ground covering his face while hollering like a young child and I’m also screaming, “Hold it together!” while trying to keep us from running onto the shore. I was picking feathers out of my boat for days.

I also think about the time my bearings locked up on the way back from the lake. I was a dumb kid; we’ve already established that. I was pulling into the gas station on the way home and I smelled something burning. I just kinda said “screw it” and got back in the truck. As I was driving down the highway about to pull into my apartment complex, I looked in my rear view mirror and couldn’t see the boat. I saw smoke instead.

I had a tournament in two weeks at Logan Martin, so I had an army of buddies in the back parking lot of that apartment complex lined up waiting to help me fix everything. I learned how to take better care of my stuff and I also learned how many good people I knew. Those late nights spent in that parking lot were some of the most fun and frustrating memories I have of my college experience.

There’s a time to let ’em go and move on

When it came time to sell that boat, it was almost like putting down a good dog. I didn’t want to do it but I just knew it was time. I wanted to compete at a higher level in tournaments and I just couldn’t keep showing up to the boat ramp at 3 a.m. before tournaments just to make sure the motor would crank. I put new carpet and seats in her and put her on the market for $5,000.

One night I got a call from an old man in Tennessee. Oddly enough, he had the exact same boat in the exact same colors stored in his barn when everything burned down. He lost his favorite boat that he bought brand new in 1987. He saw mine on Craig’s List and just had to have it.

I told that old man that the boat wasn’t perfect by any means. I told him you’d get glitter all over your hand if you ran it down the side of the boat. I told him the trailer had rust. I was very forthcoming about all the negatives because if I’m driving it to Tennessee, I better make sure he knows what to expect.

I met him the next weekend at Lake Nickajack for a test run. To my surprise, the thing runs like a top; probably the best I’d ever seen it run. That old man could barely get on the front deck to lower the trolling motor and I got a little nervous about his safety, even though we were wearing PFDs. I politely cut things short and we got it back on the trailer.

He looked at me and said, “Son, I’m old as Hell and I’ll probably never use this boat. It’s a piece of crap and my wife is going to kill me. But I’ll tell you what. I’m going to buy it. You’re nice, you’re respectful and you’re a young man going to college. I respect that and I’m going to give you the money.”

Just like that, the deal was done. I can remember running my hand down the rough starboard side of that boat for the last time. I touched the gear shifter one last time and thought about all the hours I had behind the wheel of that boat. All of the laughs my buddies and I had. All of the fishing techniques I learned and all of the sunrises and sunsets I saw through that cracked windshield. I could hear the laughs. See a few scales on the carpet. Smell the old motor when it finally cranked. Hear the damn goose hit my buddy right in the mouth. It was surprisingly emotional.

As we unhooked it from my truck to his Jeep Cherokee, I looked down and the entire wheel assembly on the front of the trailer had fallen completely off of the trailer en route to Tennessee. It was the last middle finger that old boat ever gave me and it reminded me of exactly why I was selling it in the first place. A poetic ending to a rather rocky relationship.

The point of this entire article is to make folks realize that you don’t have to have all of the expensive stuff to have the time of your life and make memories you’ll never forget. New boats and new technology are awesome and the innovation is incredible. But I think everyone needs that first clunker. It gets your feet wet, teaches you how to work on things and improvise on the fly and most importantly, it makes you appreciate your next boat even more. In my eyes, my current 21-year-old Skeeter might as well be a brand new bass boat right off the showroom floor. Without that first clunker, I’d probably have a newer boat in my shop and be stuck with a boat payment right now. But I appreciate the heck out of what I have thanks to that old boat and the memories it provided.