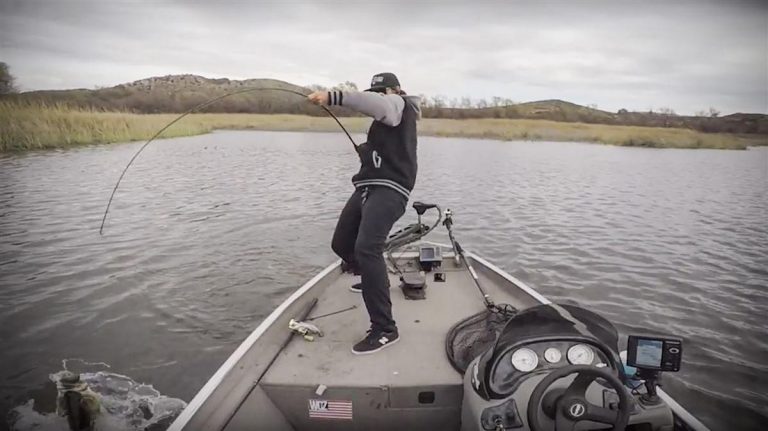 We’ve seen a lot of cool fish catches. We’ve filmed a bunch. There is just something about making a split-second decision with a big bass on the line that gets the adrenaline going. Any fisherman can relate.

Our buddy Mike Gilbert of Working Class Zero shared this video on his YouTube channel of a big bass that came to the opposite side of the boat from his net, and he made the split-second, and often risky decision to boat flip it as opposed to try to play the big bass all the way around and run the risk of losing it while going for the net. The load on the rod is crazy, and he’s able to swing the fish aboard into his seat.

The craziest part of the catch might not even be swinging a trophy bass. The bait that he caught it on was his own creation, the Battle Shad. But this specific bait was lost a month or two prior, and he found it on the bottom of the lake, laid it out for a few days to dry out and then went fishing with it again and caught this fish in a remarkable spur of the moment way.

I don’t know about you, but I always love a good fish story, even more with a crazy cool video of the catch.