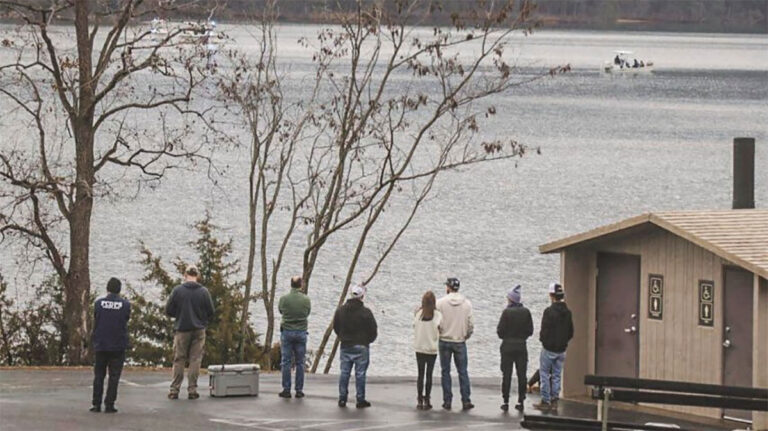 UPDATE: The bodies of Landon Oakes, 21, of Danville, Va. and Zachary Travis, 20, also of Danville were recovered mid morning on Thursday Jan. 5, 2023. The Virginia State Police returned to Smith Mountain Lake Thursday morning with Humminbird 360 Sonar equipment to aid in the search efforts. Along with Virginia Conservation Police and volunteer fire departments, they were able to identify several areas of interest within an hour or so. Dive teams were deployed and eventually found and recovered the two anglers bodies.

More on the recovery efforts on Thursday morning here: https://www.wdbj7.com/2023/01/05/search-crews-continue-efforts-find-missing-boaters/

We have heartbreaking news to report today as crews search for the bodies of two young anglers on popular Smith Mountain Lake. According to a public Facebook post made by one of the boys’ mothers, the bass boat turned over and both boys were clinging to the boat. After initially swimming to shore, Landon Oakes made the decision to swim back and rescue his friend who was struggling in the water. According to eyewitness accounts, the two boys went underwater and never reappeared.

According to multiple local news sources, the search for the two individuals is still underway. The water temperatures are currently in the mid 40-degree range and neither individual is believed to have been wearing a personal floatation device.

This is the hardest thing I’ve ever had to type in my life. Only so we don’t have to answer texts or phone calls. We can’t. It’s too overwhelming. Our son, Landon Oakes and his friend decided to take Landon’s bass boat fishing yesterday at Smith Mountain Lake. Steven Oakes received a call yesterday afternoon from state police that no parent ever wants to get. From witness account: the boat turned over and the boys were hanging on to the boat. The witness called 911. Then one boy (Landon – he’s an excellent swimmer), swam to shore. He then went back to get his friend that was struggling and the two never came back above water. By the time Steven and I got there, a bunch of crews were searching and diving. It was all a blur. Lights everywhere.

There is a massive search crew on the way from Richmond and they will search and dive all day today until they recover their bodies. We are in shock! The only peace we have is knowing that in true Landon fashion, he went back to save his friend. I know in my heart that he and my dad are having the time of their lives catching up in heaven. My dad’s fishing lures, etc, that he had given Landon a few years ago were recovered in the boat. My dad was eat up with fishing as was Landon. Landon was so obsessed with fishing that in his words, he got a college degree in fishing. My dad passed away 2 years and 1 day ago yesterday, those number side by side are 21 – Landon is 21 years old. We are beyond devastated and can’t process

We ask that you please don’t text or call us today, we will not respond. We can’t. This is too much. My sister will post when we are home and ready for visitors.