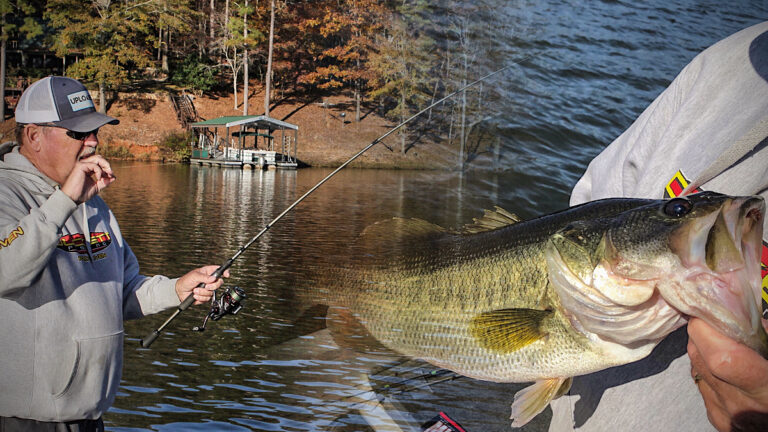 If there’s one thing in fishing that I can say I am consistently great at… it’s getting snagged. Hanging a lure on the bottom or on a piece of cover is just part of it. If you’re not getting snagged sometimes, you’re not likely fishing where the fish are. Fish like cover and hooks don’t. So if you’re fishing close to cover, there are bound to be some bad situations where you find yourself trying to figure out how to free your bait.

We’re going to talk about four particular methods of extraction today; ways to get unsnagged, if you will. I’ve used each of these countless times to save me thousands of dollars over the years and prevent the need for blood pressure medication, so far. Some work better in certain situations but all have proven invaluable at times, not only in saving me money but also preventing me from losing lures I couldn’t replace and keeping a bunch of baits off the bottom that could harm fish if they were to try to eat them.

To give yourself the best opportunity to get your bait back regardless of which of these four techniques you use, you have to keep your cool. If you can realize you’re snagged before really driving the hook home, you can usually get your bait back. But if you do like I have at times in the past and go to snatching and getting frustrated, you might as well go ahead and cut your line because that’s probably the last time you’ll see that lure… unless you’re snagged super shallow or out of the water.

Even then though, pulling hard on a bait will bend out the hook and damage its integrity even if you are able to bend the hook back once you get it in. Instead, try to remain calm, assess the situation and then hopefully employ one of these tips to help you get your bait back unscathed. 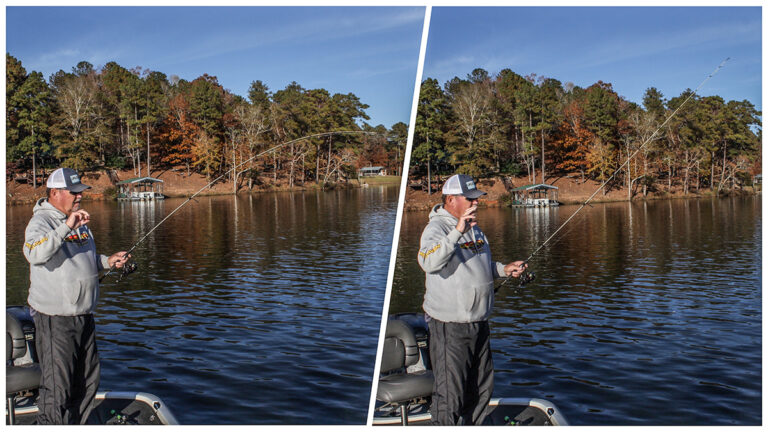 This is always the method I start with once I get snagged. I’ll try to “pop” my bait undone by holding my rod and reel with the hand I typically reel with, then I use the thumb and forefinger of my other hand to pinch the section of line between my reel and my first rod guide. I pull on the line and then start to pull the rod back as well to create a bow in the rod and about 14 to 16 inches of space between the line that’s between my fingers and my rod blank.

Sometimes, just the pressure of this part of the process will be enough for the bait to pull free. But if not, I’ll let go of the line and immediately drop my rod tip so that the line is able to shoot through the guides and send a jolt of momentum all the way down the line to my bait. This will often pop the bait off.

If this doesn’t work the first time, I’ll repeat the process again, typically trying to pop it undone 10 or 12 times before I’ll try something else. If this still doesn’t work and I’m snagged fairly deep, I’ll often move to a plug knocker next.

A plug knocker is simply some type of weight that can be clipped onto your line and then released so it can travel down to your bait and hopefully knock it off on impact. The idea is for the added weight to push the hook out in the exact opposite direction of which it came in. In order for this to work, you’ll need to hold your line tight as the plug knocker falls and then just as you feel it hit the bait, let your line go limp. About half the time, that’s enough to knock the bait free. If it didn’t come loose on initial impact, simply bob your rod tip up and down and often times that will dislodge the bait.

There are times, however, when the bait won’t come undone, and then you’re out a lure and a plug knocker. For this reason, its a good idea to use affordable plug knockers. My dad and I make our own out of catfish weights and big clips. But you can also buy three of the Strikezone Pocket Knocker Lure Retrievers for less than two bucks apiece, which isn’t too bad. Plug knockers are a great option for crankbaits, especially when hung more than 8 feet deep. If you’re under 8 feet, try this next one first.

Run your rod tip down to it 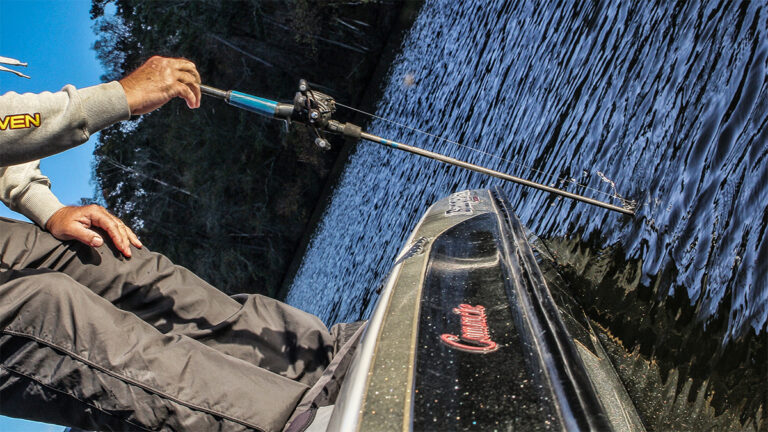 Even when I’m snagged shallow, I’ll start off trying to pop my bait undone, especially if I’ve just made a long cast. But if popping it undone doesn’t work, I’ll reposition directly over my bait and try this. First you’ll want to carefully reel your rod tip all the way down until it makes contact with the bait. You have to do this carefully to ensure you don’t damage your rod tip or the last guide. I have, on rare occasion, broken a rod tip doing this or knocked out an eyelet. But if done carefully, you can usually dislodge a bait hung up in less than 8 feet of water by reeling down to it and then pushing the bait backwards with your rod.

If you’re snagged just a little deeper than this and you don’t have a plug knocker, you can actually send your rod down as a plug knocker and use the momentum of your rod to knock the bait free. But this is even more hazardous to the health of your rod, so proceed with caution and perhaps only if you’re particularly fond of the bait. But if you want to try this, leave a couple feet of slack between you reel and the first rod guide, hold that line in your hand and then shoot your rod down to the bottom almost like you’re throwing a dart. If this is going to work, you’ll know in the first couple tries.

Get behind the bait 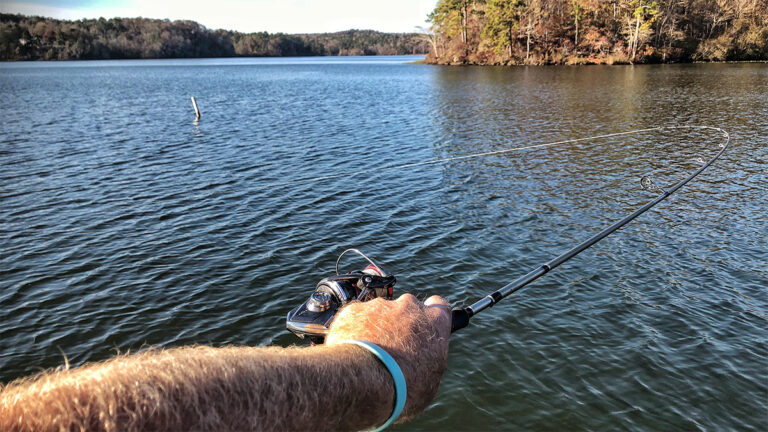 Another good way to free a bait from the bottom, is to reposition the boat behind it. If I get snagged fishing deep and haven’t been able to pop a bait undone and either don’t have have a plug knocker or don’t want to risk losing the one I have, I’ll reposition on the opposite side of whatever I’m snagged on and try to pull the bait backwards to free it.

It’s best to begin adding a little pressure to your line as you start to get even with the bait since you often don’t have to be a complete 180 degrees in the opposite direction for the bait to come free. As the angle of the pressure changes, the hook will often pop free from the obstruction.

These four tactics have really helped me calm the storm of rage that tries to rear its ugly head the occasional two-dozen times I get hung every fishing trip. Remembering to keep calm on initial contact is crucial though. At first, try popping the bait undone. If that doesn’t work, you can either try to get behind the bait and pull it free or knock it lose using your rod tip up shallow or a plug knocker out deep. If none of these work, pull hard and hope the bait comes lose before the line breaks or the hook bends.

That’s about all you can do as far as I know. If you’ve got a better idea, let us know and we may share it on the site. We’re certainly always looking for cool fishing ideas.