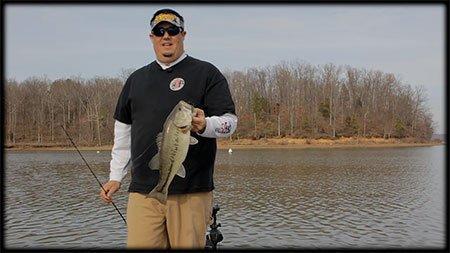 Casting a jig is not only an effective way to catch bass in the winter, but it’s a lot of fun. There is just something about pulling it up and feeling that tick on an open bank. It works great for smallmouth, spotted bass and largemouth. So it’s a great way to catch them on those deep clear rocky lakes that have all three species. Jason talks about some of the things he thinks about when casting a jig. Wish he had turned the camera on sooner this day. He had a pretty good catch going before he thought about breaking out the gear and recording a tip for Wired2fish fans.