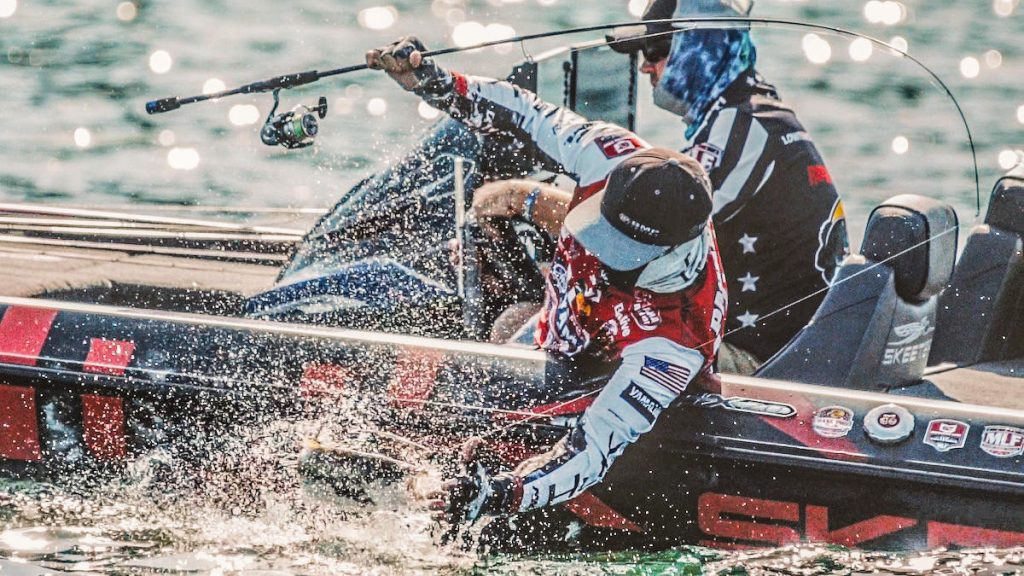 The Damiki rig and the drop shot—two rigs that don’t look a lot alike at first glance, but bare a striking resemblance when it comes to the when, where and what you’re targeting with them, especially in the cold winter months. The basis of this piece is to layout some of those similarities and key in on the differences. To help us with that, we’ve called on finesse fishing expert and 2017 Bassmaster Elite Series Angler of the Year, Brandon Palaniuk.

What made Palaniuk a believer of the Damiki rig 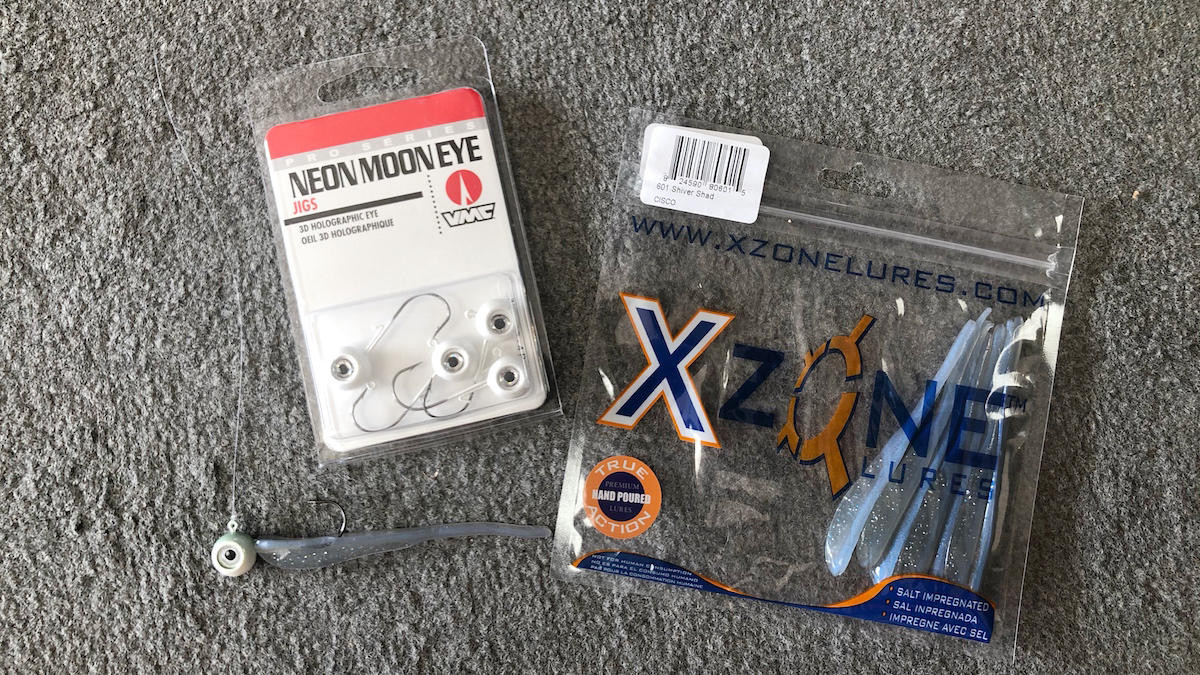 “I fish them both around a lot of similar fish,” Palanuik said. “But a lot of times it has to do with how they’re positioned and what they’re feeding on. The Damiki rig is better if the fish are looking up or suspended. For instance, they may be relating to a rock and they’re sitting down there near the bottom but they’re not feeding down, they’re feeding up. That’s what happened at Cherokee Lake.”

A reference to the Bassmaster Elite Series event on Cherokee Lake in February of 2017, the nationally televised coming out party for the Damiki rig. The Damiki rig was a big deal there locally already, but was obscure on the national scene.

However, the buzz surrounding the bait was everywhere as anglers searched for information about the fishery prior to the off-limits period. Palaniuk had heard the buzz but being not easily swayed by “dock talk” or what the masses quickly accept, he was skeptical of the necessity of the Damiki rig.

However, Palaniuk was made a believer very quickly. He found that he could catch some fish on a drop shot, but the Damiki rig outperformed it two to one.

“The fish don’t have to follow the bait down to the bottom like they do a drop shot,” Palaniuk said. “You can just put the Damiki rig right in front of the fish’s face. But if you try to do that with a drop shot, especially in cold, clear water situations, the fish will actually key in on the weight. They’ll actually eat the weight of your drop shot sometimes when you try to fish it up off the bottom like that.”

Palaniuk recalled on Cherokee Lake that week, that he’d see fish on his graph, drop his drop shot down to the bottom, shake it for an abnormally long time and still he couldn’t get the fish to bite.

“But I’d drop a Damiki rig down there and let it go all the way to the bottom,” Palaniuk said. “Then I’d just slowly start pulling it up off the bottom and you’d seem them follow it up. It would peak their curiosity. It has something to do with the way the bait moves. Or doesn’t move, really. It’s almost like you can get less action from the exact same bait on a Damiki rig than a drop shot. So that was the difference. It was literally the way it was rigged.”

That lack of action is what Palaniuk credits for the success of the Damiki rig. He typically tries to hold the bait as still as he possibly can. Even when he holds a drop shot still, there is inevitably still a little action that makes its way to the bait just because of the way that it is rigged. But if you rig your Damiki rig correctly, it can be held almost perfectly still and horizontal.

“The main thing with it is that you want your line tie to be positioned correctly on the bait so the bait can sit perfectly horizontal,” Palaniuk said. “And you want a bait that has a lower center of gravity to it to help you with that.

“Really the only actions I’ll give it are very subtle. If I’m fishing it vertically, sometimes I like a slow rise where I’m just barely picking it up. Those fish will keep following it up and get closer and closer and then they’ll eat it.”

Palaniuk will also let the bait fall very slowly at times by slowly dropping his rod tip down.

“Say you see a giant boulder and you know there are fish hovering around that boulder. You just slowly drop it down and as it get’s in the strike zone you’ll see a fish just appear off the boulder. You may not even be able to see them on it at first. They’ll come up off the bottom and look at it. Then once you’ve peaked their curiosity, you just have to figure out what motion they want.

“Occasionally I’ll just snap it up real quick and then stop it. And that gets them to come up and they eat it. But it’s not like a Jigging Rap where you just start snapping it repeatedly.”

When does the drop shot take precedence? 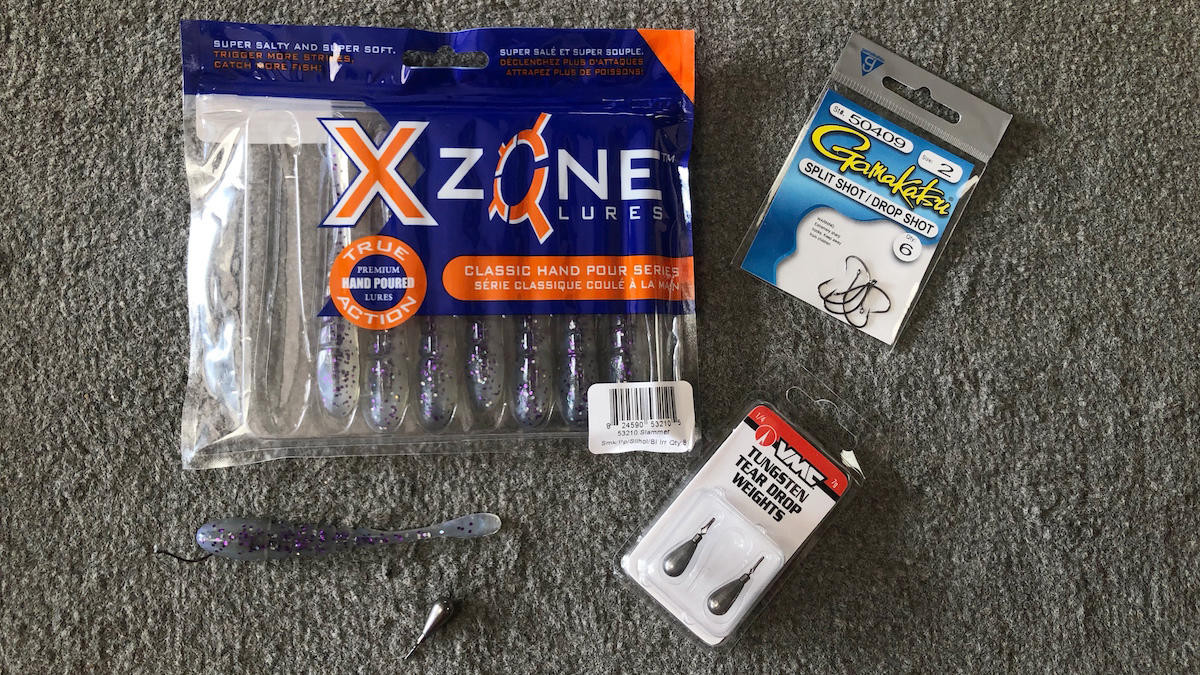 “I’ve messed with the Damiki rig some in warmer temperatures, but it seems like it shines the most in cold water scenarios,” Palaniuk said. “You can still catch them on it in warmer water, but there are more efficient ways to catch them. So I’d go to a drop shot more then.”

He also prefers a drop shot when fishing in or around heavier cover like brush piles. The exposed hook on the Damiki rig makes this style of fishing much more suited for the drop shot. And unless the fish are suspended well off the cover, the drop shot is typically more effective and efficient at getting bit.

“I’ll Texas rig my drop shot when I’m around cover, or sometimes if I’m using something small like a 3-inch bait, I don’t like to Texas rig it because it effects the action,” Palaniuk said. “If I have a bait that’s thin enough like an X Zone Slammer, I can hook it so that I come up in the bottom of the bait at an angle but you don’t come all the way through the bait. You just have to make sure you leave enough distance between the bend of the hook and the hook point so you can still penetrate through the plastic and get to the barb on the fish.”

Palaniuk also mentioned that a drop shot is better in current and in dirtier water. Though both baits excel in clear water, the subtler Damiki rig loses its effectiveness as the stain in the water increases. And there are some generalities depth-wise on when Palaniuk will pick each presentation.

“I would say I’d probably pick a drop shot in 25 feet and less and a Damiki rig in 25 feet or more, if I just had to choose,” Palaniuk said. “And there’s obviously some overlap there. But in the wintertime, just based on how the fish are positioned, I think that would be the breaking point, 20 to 25 feet.”

He will also make this determination based on how far the fish are from the bottom.

“But if you put something up in front of their face, they’d eat it. I think sometimes the fish get harder to catch too once you lose that element of surprise and you would have been better off to just start with the Damiki rig.” 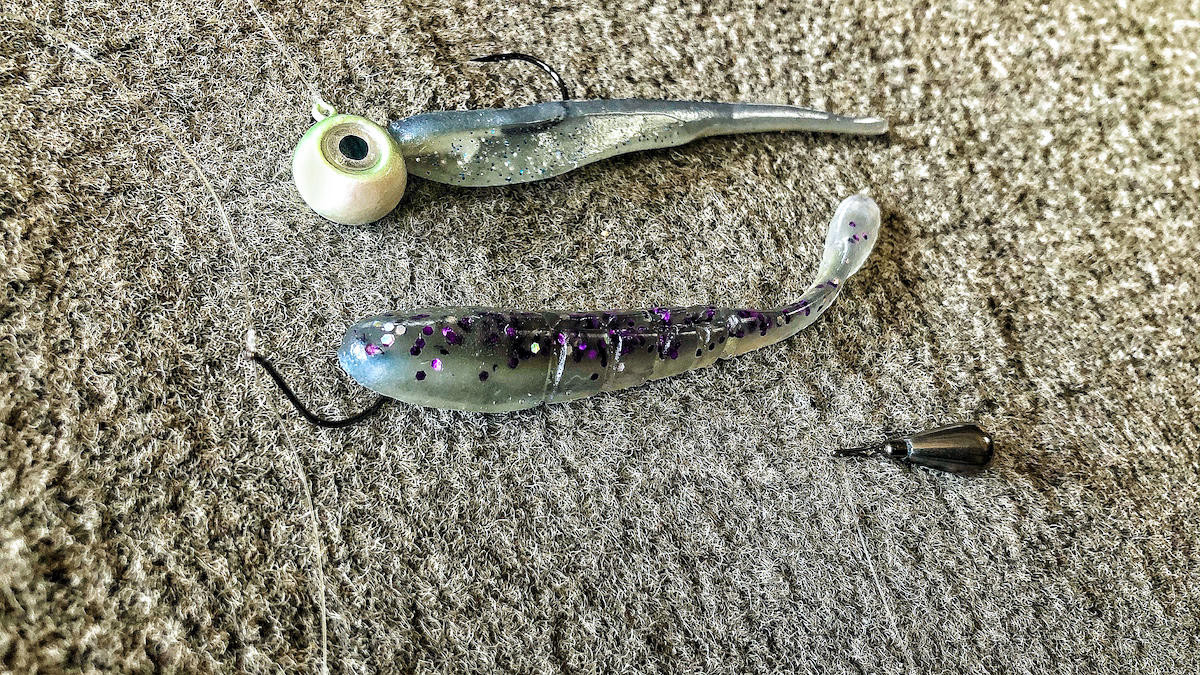 Palaniuk uses the same rod, reel and line to fish both techniques. An Alpha Angler DSR Rod, a Daiwa Exist 3000 and 15-pound Seaguar Smackdown Braid in the Flash Green color so he can see the line and use it as an indicator of the more subtle bites.

“Then I’ll go with either a 6- or 8-pound test Tatsu leader,” Palaniuk said. “I’ll usually use 6 more on the Damiki rig and 8 more on the drop shot. But I go back and forth on both. The 8 on the drop shot just typically has to do with me being around more cover.”

“The heavy jig head is important,” Palaniuk said. “I usually want to be able to get the bait down to the fish pretty quick. Especially if I see them come up off the bottom a little bit. I want to get it down to them while they’re still in somewhat of an active state.” 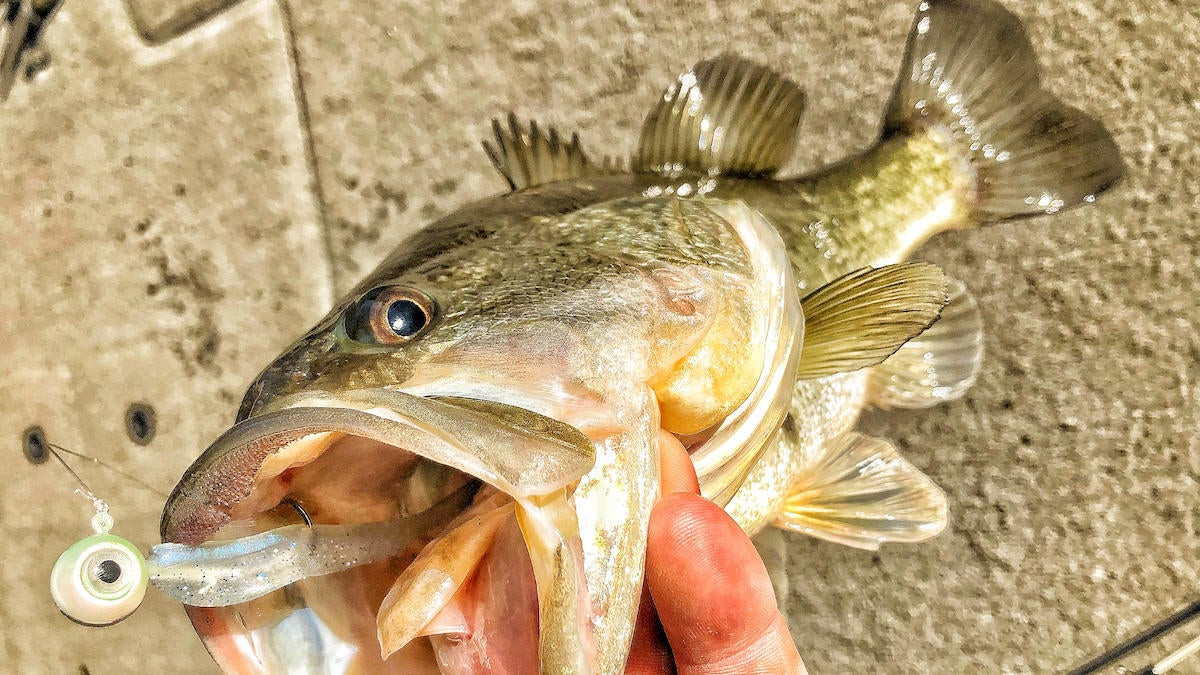 When you’re fishing for cold water bass vertically, it’s likely a good idea to have both the drop shot and Damiki rig tied on. Using your electronics, determine whether the fish are relating close to cover and how far they are positioned from the bottom. Also try to see what reaction each bait evokes to determine how the fish are feeding.

It’s fair to say that a drop shot is probably the best starting point unless the fish are suspended a considerable distance from the bottom, especially in current situations, in stained water or around heavy cover.

However, even if you can get the fish to follow a drop shot down, that doesn’t mean it’ll eat it. If you’re having a hard time getting bit, it may be better to put the Damiki rig right in front of the fish’s face and try to patiently wait it out. If that doesn’t work, try to ease the bait slowly up, or slowly down. If the fish moves with your bait, you have its attention and it should only be a matter of time.

Hopefully these tips will help you improve both your Damiki rig and drop shot techniques and most importantly, help you form a baseline on when to do which.