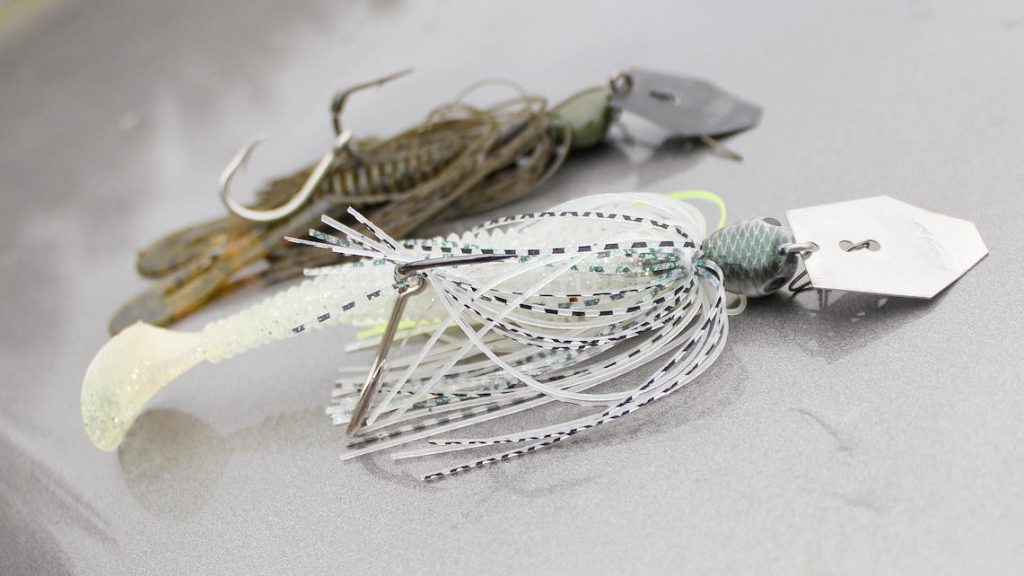 So picking up where we left off with the spinnerbait, a ChatterBait also has the vibration and flash to help fish find it as well as the constant movement characteristic to assist an angler in covering water. But where a ChatterBait really sets itself apart is in its ability to skip underneath cover. As good as a spinnerbait is, it’s extremely hard, if not impossible, for most anglers to skip. A ChatterBait, on the other hand, is much easier.

Skipping a bait in a rain storm may not seem all that useful at first since bass don’t typically hang close to hard cover in low-pressure situations and instead prefer to roam around and hunt. But as the front is just setting in and as the high pressure later starts to creep back in on the front’s way out, there are small windows where bass will still be close to cover like docks and bushes. That’s where skipping a ChatterBait can really shine. And there are a few instances where fish won’t necessarily be under cover but being able to skip a power-fishing bait is key, such as under dock and marina cables.