A simple evening of bass fishing on Beaver Lake in Northwest Arkansas turned into a one in a million catch for Josh Rogers. Rogers caught a gold colored largemouth bass that has a genetic anomaly. The unusual bass has what is known as Xanthochromism (loss of darker pigment and pigmentation is replaced with yellow). This is extremely rare but does occur naturally.

Rogers was throwing a swim jig when he caught this unique largemouth bass he guessed at about 2 pound. He took pictures in hopes someone could identify the interesting coloring of this fish and let it go. After talking with biologists from the Arkansas Game and Fish Commission, Rogers is going to have a replica made of the fish from the photos.

See more pictures of his fish below and read the AGFC article on his golden largemouth bass catch. 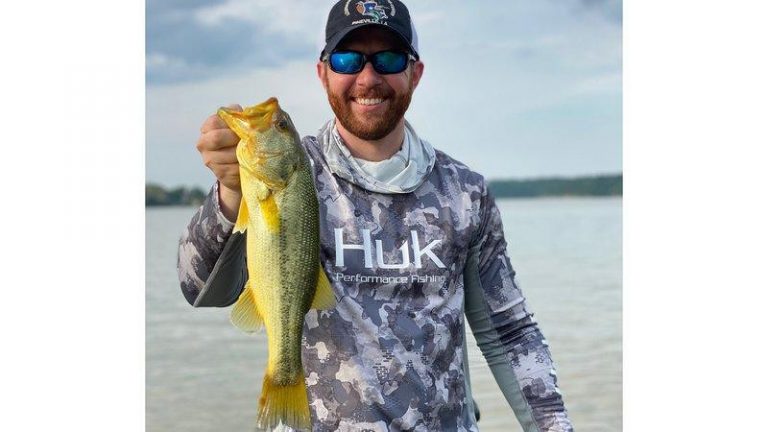