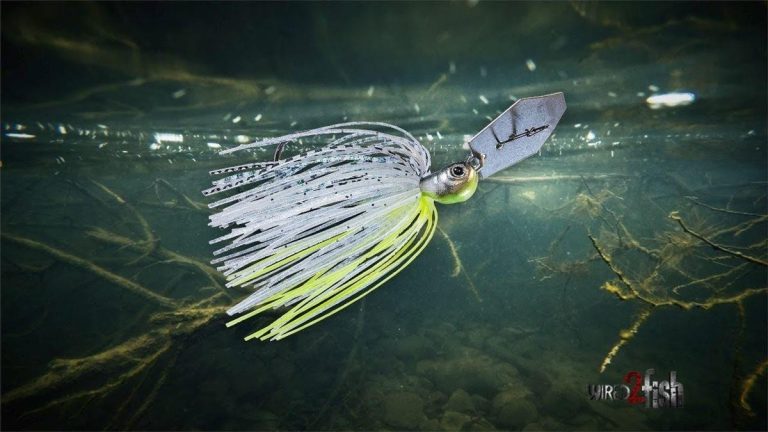 There has been a lot of attention on the Z-Man Evergreen Jack Hammer Chatterbait this year and it’s accounted for numerous bass fishing tournament wins. So we wanted to show people how it looks and sounds when fished. We think a lot of anglers will be surprised by not only its action, but also how it sounds underwater.

It’s proven to be a very effective lure around docks and grass, and we think part of that allure is that it sounds almost like a subtle lipless crankbait. It has that same attraction quality while having a completely different profile in the water.

It also stops and starts perfectly. With a vibrating jig like the Chatterbait, the contact and “blow out” is a key to triggering fish to react. But you have to have the bait immediately start tracking true after it contacts cover. A lot of other vibrating jigs on the market will slide and not vibrate after they contact something. And that’s what separates a bait like the Jack Hammer from a lot of other baits.

We consider the Jack Hammer to be more like a clear water and grass crankbait than say a swim jig or spinnerbait. Because it has the sound, it has the kickout and recover tracking that can make followers react. See for yourself in the footage.

If you’re looking for more information, Walker’s comprehensive tackle review will give you the goods.

Editors Note: We’re starting a new series called “What it Looks Like” that will show you exactly what some of the proven fish catching lures look like to the fish underwater and explore what makes each presentation so effective on the fish. Drop us a line and let us know what lures, rigs or techniques you want to see from underwater, and we’ll get to work on them.