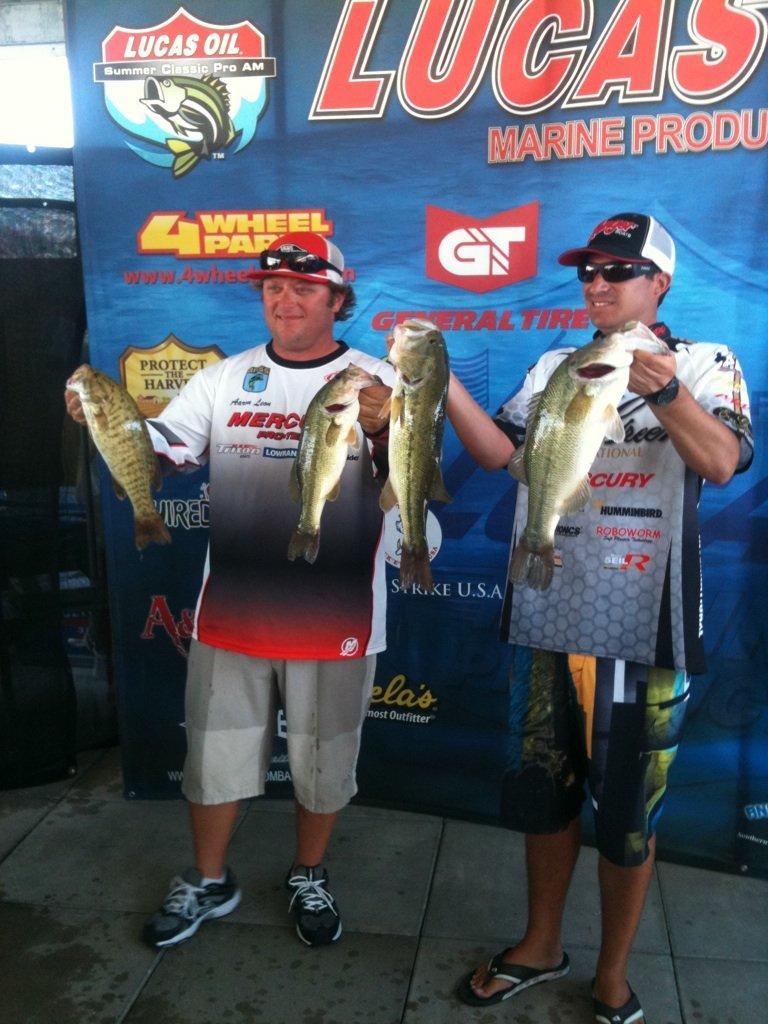 In nearly 30 years of competitive fishing and covering professional fishing, I have been to a lot of tournaments. For the most part they are all the same. Early mornings, late evenings, blast off, weigh-ins, and then do it again tomorrow. Grip and grin photos, TV cameras, manufacturer’s representatives, loading and unloading of gear and boats, and anglers of all sizes ages and shapes. Anglers, each one talented and determined, all that have the same dream and goal of competing at the highest level, getting sponsor endorsements and doing it for a living, full-time. Whether at a local lake or the sport’s top venues the dream remains the same.  To some, that dream will become a reality but for others it may never happen. The common thread is passion for fishing. That message was loud and clear on Lake Mead this week.

I just returned from the Lucas Oil Summer Classic on Lake Mead in Nevada. I saw the same determination and desire for success, the same skills and abilities and the same desire to win as I see out east on a daily basis. I saw the same weigh-ins and blast offs but there was something there that was very different. It felt good and there was something happening that made it feel right. Initially it was hard to put my finger on what was actually different. It was a gut feeling, a deep feel good.  For the first time in a long time I heard to simple words that made this special and honestly it was refreshing. â€œThank youâ€ for being here. â€œThank youâ€ for taking the time to come and â€œthank youâ€ for doing what you do. I heard it over and over.

I walked the dock every morning and was at every weigh-in and spoke to almost every angler. Those that I spoke to didn’t speak of themselves or what they had accomplished in fishing but rather they were appreciative of what Lucas Oil was doing in fishing and the tournament they had brought west. A simple â€œthanksâ€ came from everyone.

Although there are a large group of bass anglers west of the Rockies, they are many times maligned and most times misunderstood. They may act different, they may look different, and they may even dress different but they share the common bond of fishing and that is universal.

Some of the best anglers on the FLW and B.A.S.S Tours come from the West. Brent Ehrler, Jay Yelas, Gary Klein, Skeet Reese, Brett Hite, Jared Lintner and a host of others all cut their teeth in the west but also do great out east as well. Techniques like flipping and drop shots were introduced out west. Swimbaits gained fame there as well before moving east. Western anglers are just as passionate, just as talented and no question just as determined as any other angler in the world.

FLW still has an Everstart Division there, but other top level events are hard to find for these guys. The US Open is still a diamond, but I believe B.A.S.S. needs to be there at the Tour level, FLW does as well. They need grassroots events like Federation and BFL’s and the anglers in the west need to support them. It is a long way from Benton, Kentucky and Birmingham, Alabama but I believe that timing is right to again engage this group. Give them another chance and if they don’t support it, I believe they will, then never return. No question, logistics are tougher, permits are strict, and regulations can be tougher to navigate but it can be done and the Lucas Oil Summer Classic proved it. This event cut new ground and the new momentum is strong.

Tom Fredrickson, Chief Administrative Officer of Lucas said, â€œAmericans are a special breed. They are very serious about their passions, and they love to compete. It doesn’t matter what it is, they can make a game of it, and they take those games very seriously. It doesn’t matter if it’s racing or fishing, we like associating with these folks and see them as a very important part of what we do moving forward.  Lucas Oil is in this game for the long haul.â€

Congrats to John Mackey on the pro side and Aaron Leon on the co-angler side of the tournament for their wins. Thanks to American Bass, Jamie Devney, Jeremy Dehart, Phil Dehart, Billy McDonald, and all of the Team Lucas staff for making it go.

Two simple words, thank you, inspired me to work harder for those anglers. I will never forget this tournament and â€œthank youâ€ for what you do and how you do it. I am sincerely glad I made the trip.