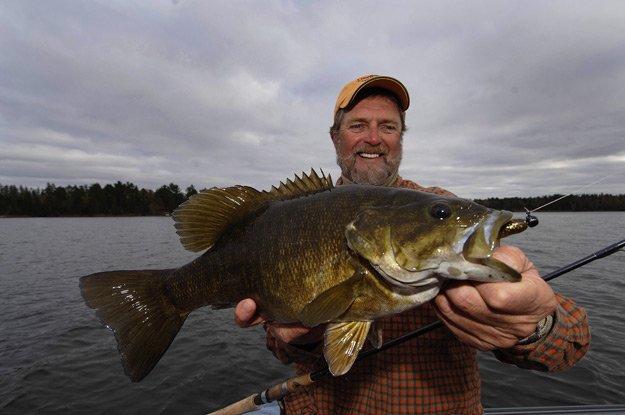 Since time immemorial, there have always been some folks who live by the spirit of the law, and others who live strictly by the letter.  From the very onset of competitive tournament fishing, even in those events that only paid in bragging rights, there were problemsâ€”not to mention those events where there was a monetary payoff.  Early on, the necessity of dealing with that sticky thing called human nature immediately became apparent.  Thus, the necessity of Rules and Regulations.

Today, however, â€œourâ€ sport–just like football, cycling, baseball, and other competitions–must deal with new realities.  New realities that demand continuing adjustments of the rules, regulations and the ways we conduct tournaments.

During the years of 1990 â€“ 1998 when Ron and I ran the PWT (Professional Walleye Trail) along with our tournament director team of Mark Dorn and Jim Kalkofen, we made the decision that we would try NOT to make any rules or regulations that were unenforceable, arbitrary, extremely difficult to obey, downright impracticable or silly.  On the other hand, trying to depend on some kind of ill-defined sportsman’s ethic simply wouldn’t workâ€”we already knew that. So, we decided to try to live by the rules, and once a rule is made, try to make sure we enforce it.  We even discussed, but did not adapt, the concept of zero tolerance.  In other words, no excuses–period!  Break a rule, and it’s a DQ.  Looking back, perhaps we should have done so.  Today I know I would have.

Experience shows that there is always someone, someway, trying to gain â€œa leg upâ€ over the rest of the competition.  These are actions that go beyond what has been previously agreed upon in order to keep a â€œlevel playing field.â€

Advanced sonar and mapping technology, new lures, special lines and the like usually don’t fall into this category.  In fact, today these items and their use are usually part of the game. So limiting or banning certain forms of equipment is seldom of major concern anymore. Instead, it’s the formation, interpretation, implementation and enforcement of the rules where things have the potential to go awry.

Regardless of the rule or regulation, most all dictums are basically there A) for safety; B) for adherence and compliance with local and state ordinances; C) to try to keep the playing field as level as possible; and D) to keep the game moving in an orderly manner; E) protection from lawsuits; and F) to keep cheating or unfair advantage out of the game.

Today, as a sport, we are faced with an array of things to deal with that we never imagined 50, 40, 30, even 20 years ago:  A) Slot limits; B) no-culling rules; C) space age methods of illegally storing fish; D) on-the-spot, real-time inside information.  Let me give you a simple example of how this last item can be used wrongly.

Lake Mille Lacs in Minnesota hosts a number of walleye tournaments every year.  Many of these are partner eventsâ€”yet can pay good first-place money.

It is also a lake with tough slot limits. The trick is to get â€œtwo (2) oversâ€ (big slot fish) and â€œfour (4) undersâ€ (smaller slot fish) each day.  Never an easy game!  Most times if you get the overs, it’s a struggle to get the unders–or vice versa.  This lake is also heavily used by guides all year long who potentially can fish in every one of its 132,000 acres.

In our example, let’s assume it’s the last day of a 3-day event, and that you and your partner are contenders. You have your two overs, yet need some unders to fill out your limit, but are having a hard time finding them. (This is quite common.)  It’s possible for a guide buddy or â€œteamâ€ buddies, who you split the winnings with, to simply text you with the exact coordinates of the tip of a mud flat where they are currently fishing a school of the right-sized slot fishâ€”and the fish are biting right now.  Solutions like CRR (Catch; Record; Release) cannot erase this kind of problem.

The potential for sticklers of this kind and more should be obvious.  It can also be extrapolated to bass or redfish tourneys, or any other events.  It can even apply to top pro tours where deterrents like a co-angler, observer, or cameraman can be right there in the boat, yet might never realize what is going on, because of the way modern technology can be manipulated.

I also can remember one tourney where I had an observer. At one juncture, when going from one spot to another, I forgot to replace my â€œkill switch loop.â€  My observer never saw itâ€”yet I was technically in violation.  If I were to win the event and had to take a lie detector testâ€”well you do the math. These things happen, and many more just like them.

Today, prizes of 20, 50, or 100 thousand dollars are not rare, and ½ million dollar payouts can tempt a lot of folks to bend or break the rules.  Yet because of costs, polygraph tests obviously cannot be given in all levels of all events.  But the Big Onesâ€”with big payoffs, perhapsâ€”must start to seriously consider this very strong additional line of defense. Yes, co-anglers, observers and cameramen can and do help keep competitors honest.  But these deterrents, by themselves, can never know what happened before the cutoff period, during pre-practice, or during some other deviation of the rules.

Recently, my son Troy and his partner Bill Siemantel won an American Bass Championship on Clear Lake in California, and had to take a polygraph.  In certain events, this is simply mandatory in order to â€œtake the win.â€  Over the years, my brother Ron and nephew and co-host James have all taken polygraphs.  While not fun, most are not too difficult if you are simply honest and did not break any rules.

Today, the FLW circuit (both Bass and Walleye) has a mandatory on-the-spot polygraph at all events.  So does the PAA.  As far as I know, BassMaster and WON to date do not. Nor do AIM or MWC, the other major walleye circuits, require a polygraph to â€œtake a winâ€.

Certain big one-time events like the KBI and FFBC in Canada also demand one, and certainly there are others who do so as well. But by and large, because of costs ($500 per session is common), most tournament circuits, especially those of limited size, do not and cannot be expected to do so.  If there are no protests or pressing post-tourney questions, most events require no further form of validation, other than personal honor.

If they do require a polygraph, it usually works like this.   The winner and a random pick out of the top-ten finishers are probed.  Also, if a protest was made or something questionable happened, that too might also be examined.  On the other hand, one wonders if the recent Mike Hart scandal with WON, out west, would have been avoided if Mike had just thought he might have to face a polygraph. Or, in another case, if the  â€œDon’t askâ€”don’t tellâ€ unwritten rule on culling in some Wisconsin events had to face a lie test prior to a tournament payout, might that effect the outcome?  I believe a test or even the threat of one would cure a lot of abuse.  For those circuits where cost is a big factor, maybe surprise polygraphs even once in a while, as an implied threat can be enough to at least help keep things straight.

Today, on the pro walleye side, you have a lot of â€œteaming,â€ primarily because of economic considerations.  Although â€œteamingâ€ occurs to a lesser extent in bass and redfish tourneys, it is becoming none-the-less more and more prevalent.

Teaming is a practice where numbers of individuals or 2-man teams get together and share information, fishing patterns and locations, lures and methods–and sometimes even purse money.  In one form or another, some of this is relatively benign, especially in the pre-practice phase.   Where it becomes lethal is when the money is split, due to tournament-day insider â€œstuff.â€

When you combine â€œteamingâ€ with GPS positioning, precise contour maps and texting abilities, you have a potential noxious brew for ill.  Contestants that do not make a 20-, 10-, or 5-cut, but were on some number of fish during the competition, can give exact spots to teammates.

This, along with other practices like hole-sitting, and planting or altering structure in advance, as well as a host of other activities are things that only a polygraph can help deter.

Mark Fisher, Director of Field Promotions for Rapala, personally told me that on more than one occasion he has sat down and told his pro staff that he strongly disapproves full-fledged teaming.  Other big-time sponsor companies I’ve spoken with have voiced like sentiments.

To sum up, with all these factors, and indeed more in play, it’s probably time that we as a sport take a long hard look at the way we are doing things.  Remember, too, that a polygraph is only good as the quality of the questions asked and the clarity of the rules it’s meant to enforce.  Therefore, the rules must try to get rid of most ambiguities, especially those rules that pertain to information gathering.  So, we need to recognize the new realties, and decide what we are willing to except or reject in terms of new technology, and the regulations to govern their use.  Today, many tourneys allow the sharing of information if it is in the public domain.  Offhand, I can think of two ways this rule can be subverted to a personal advantage, yet still possibly pass a lie detector test.  I’ll bet others can come up with additional ways as well.

In the end, effective deterrents and mandatory enforcement are critical to the future growth and success of tournament fishing. If practices like full-fledged teaming and all that goes with it are acceptable or impossible to regulate, simply say so.  If not, then perhaps a polygraph might be a primary big step to control things, and a zero-tolerance stance the only way to go.  The same can be said for all rules and regulations. Don’t be ambiguous or have some sort of don’t askâ€”don’t tell system anywhere in place.  Yet, make such rules without overly punishing innocent, common mistakes like unzipped life jackets and forgotten kill-switch links, which may need to be addressed differently. Mistakes are one thing; intent is quite another, and a sharp distinction must be made between them.

To close, in the 47 years I’ve been fishing tournaments, I don’t pretend to have all the answers but, I have found that to â€œsay what you meanâ€ and â€œmean what you sayâ€ is still the best practice to employ, and makes for the best run events.