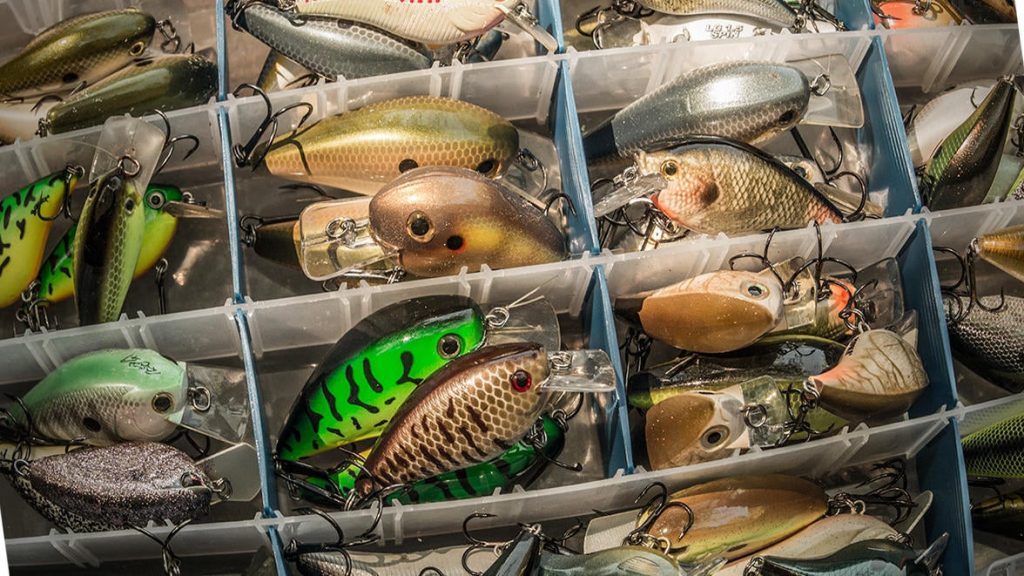 A lot of companies are able to create and manufacture great fishing lures. But only a small percentage of these lures garner fanatical attention from all over the world. We’ve seen it many times throughout our careers; a specific lure will come to market and it picks up steam quicker than any of its competitors. Even though it may not have the marketing money behind it, word spreads organically and before you know it, you can barely find the lure anywhere. eBay prices are through the roof and anglers are flooding message boards trying to barter any gear they have to get their hands on these lures.

Just like those small-budget movies that have grown a huge following, the same goes for a select few fishing lures. They’re essentially cult classics.

Walker, Terry and Jason are all lure collectors and have a special affinity for crankbaits. We wanted to put together a list of a few special squarebill crankbaits that, if you happen to run across them, you should certainly be prepared to buy. 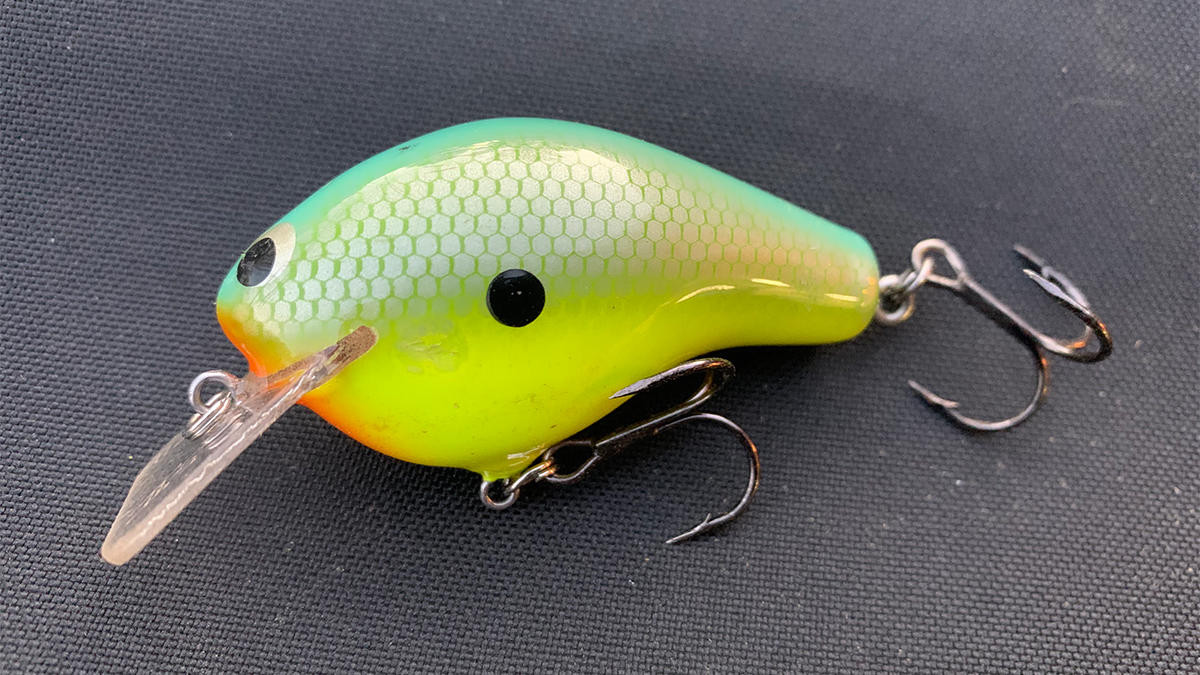 This small little square bill designed by Ed Chambers is a great fish catcher in pressured places, shallow water and around shallow cover like stumps, trees and even riprap. I only have a couple he made now and guard them with my life. They’re becoming incredibly tough to find and if you do run across them, you better be prepared to pay a pretty penny for them. – Jason Sealock 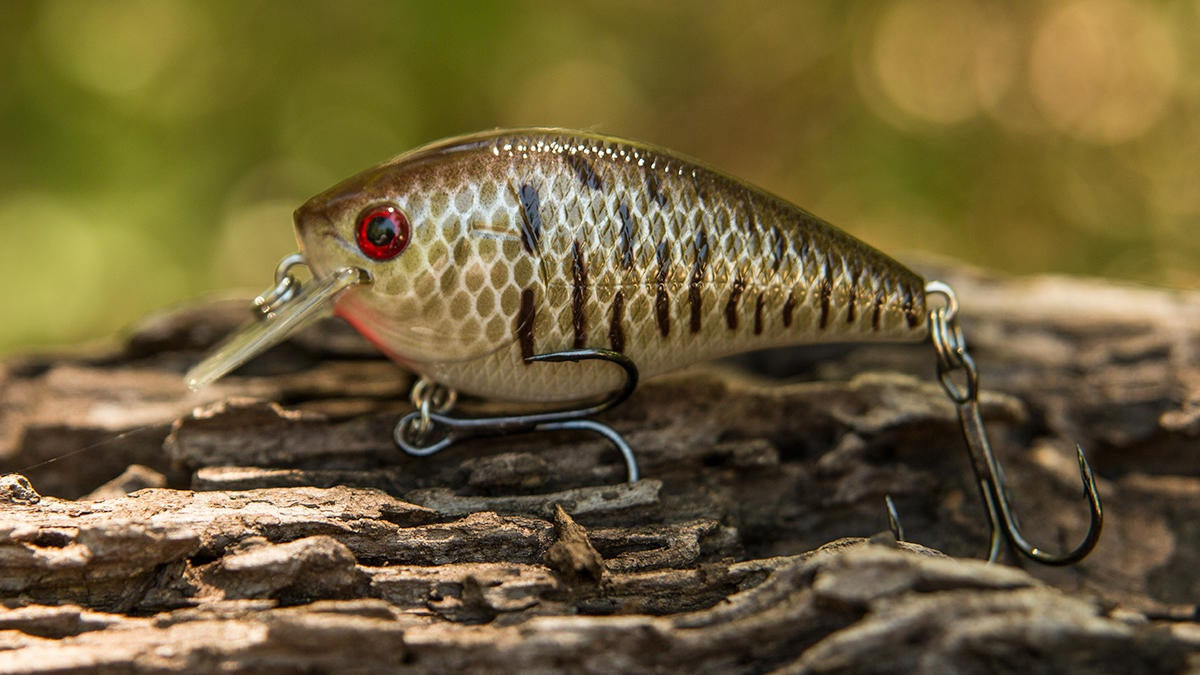 Although the entire Excalibur line was discontinued, this squarebill remains a solid producer in my arsenal. It’s a bit smaller than most other squarebills and it’s incredibly durable. You can definitely fish it around wood, but it really seems to excel around rocks, grass and boat docks. The color schemes were unique as well, which allowed the angler to show the bass something they haven’t seen before. I have about five of these crankbaits left but I’m actually afraid to throw them now that they’re discontinued.

You can still find these at some older tackle shops. Every now and again, you’ll see a clearance sale pop up from a major retailer and they’ll sell these dirt cheap because they’re discontinued. If you run across this, you should buy a lottery ticket. Wipe ’em out. Trust me. – Walker Smith 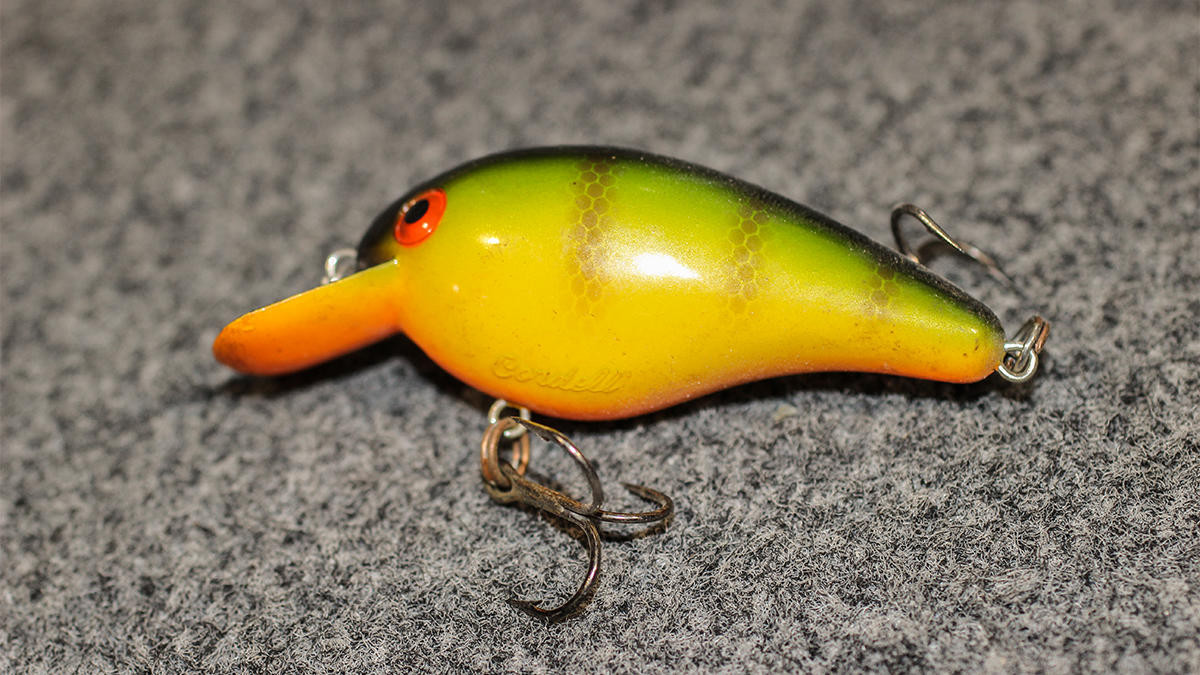 This is the original squarebill; the one that got it all started. It was originally designed to fish around grass. It has a very tight wiggle but still maintains really nice deflection properties. It came out in 1973 and in the first year of production, over $1 million worth of Big Os were sold. That’s incredibly impressive, especially back in those days! – Terry Brown 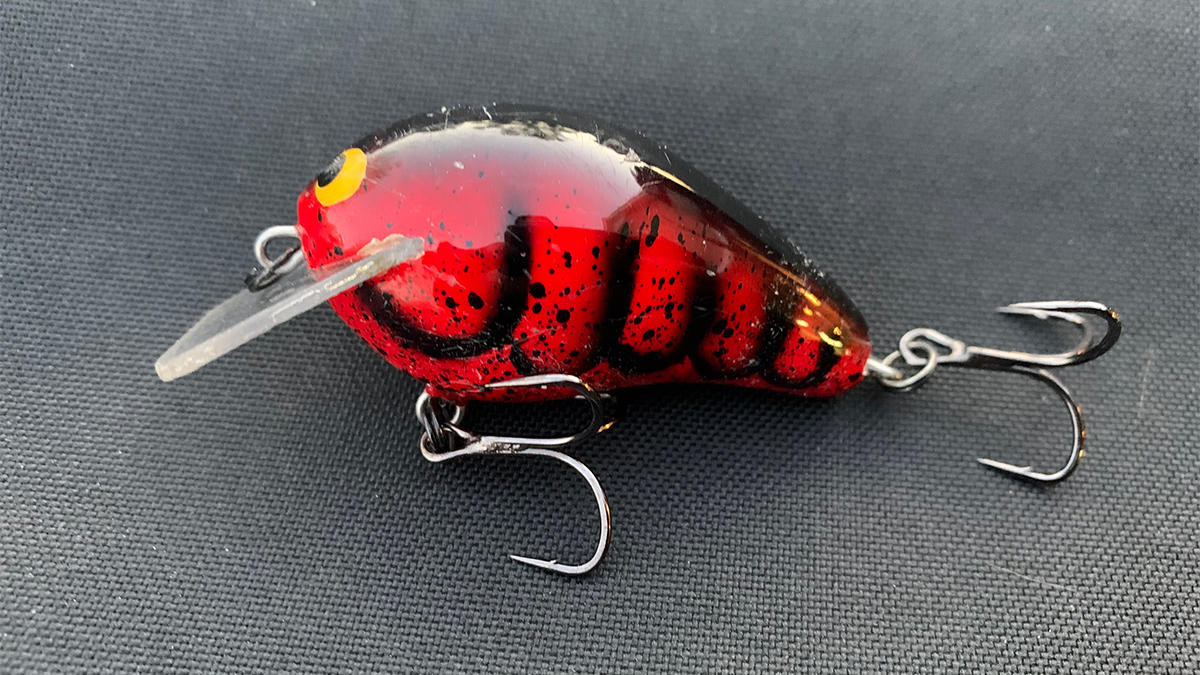 Cliff Pace built these to mimic the characteristics of the old Bagleys and that was the square bill I grew up throwing. When they got hard to find, I was glad to have the Black Label option again. These baits are killer on laydowns because they back up and rise so well, which keeps them off the cover and free of snags. – Jason Sealock 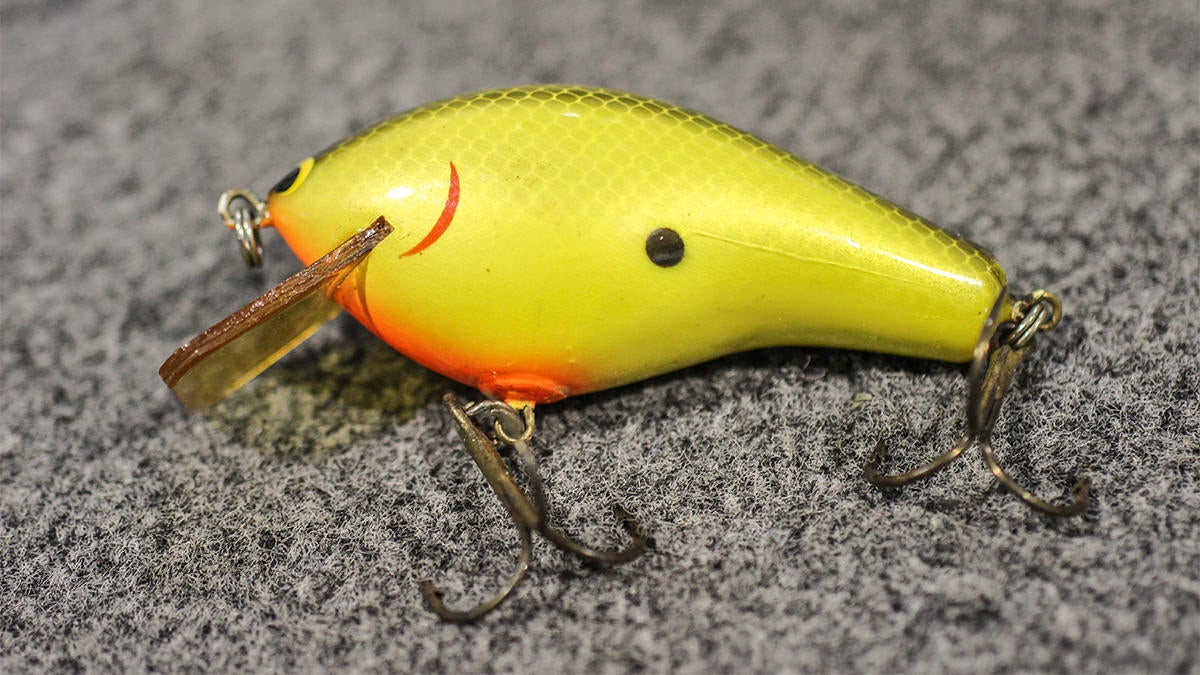 The Bagley Balsa B is the original balsa squarebill. It had very high buoyancy and it was a bigger bait than what most anglers were used to. When it first came out, it was very popular around wood cover. Whenever you hit something with it, you could just stop your retrieve and it would float up quickly. It was also awesome around grass during the prespawn.

The lure pictured was one of the first ones ever made and it was given to me by Jim Bagley himself in the 1970s. – Terry Brown

The modern-day Bagley Balsa B is available here. 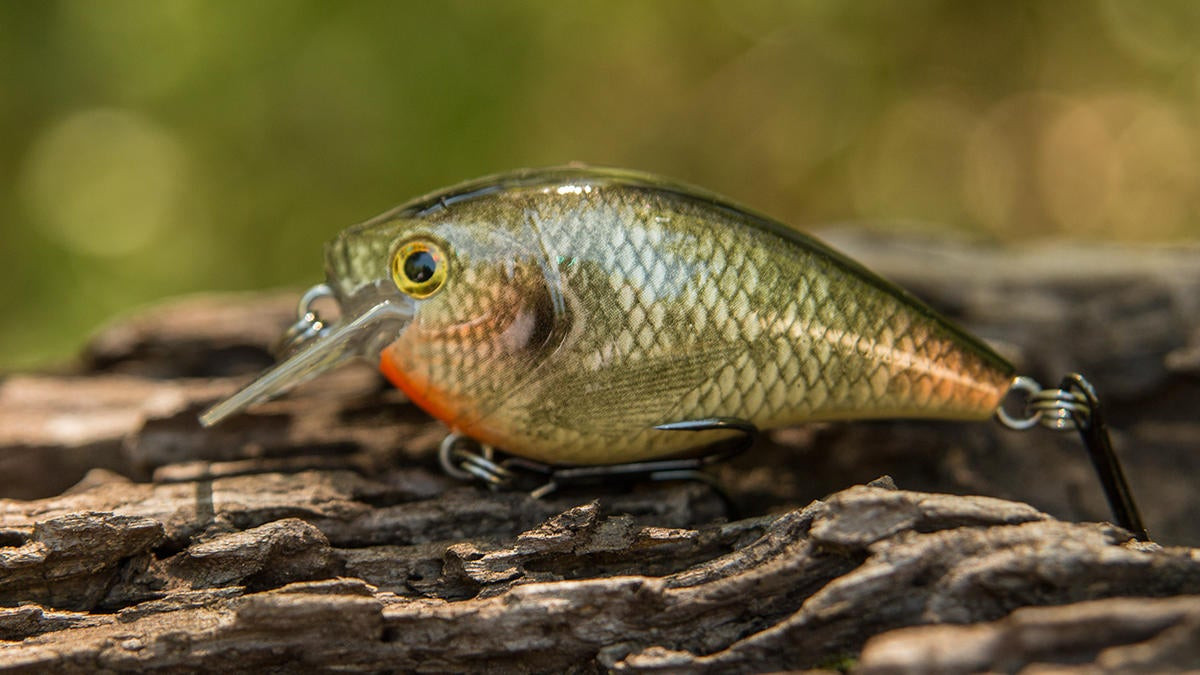 Measuring 2 3/4 inches and weighing in at 3/8 ounce, this crankbait is one of the better values on the market. Fortunately, they’re very easy to find at any Academy Sports+Outdoors. Each squarebill is priced at $4.49 and they’re outfitted with quality components and ultra-sharp VMC treble hooks.

They’ll show hook rash a little better than some crankbaits as some of their patterns are wrapped, not painted. I’ve had a couple split in my boat during excessive heat, but man, they’re not even $5. They catch a bunch of bass and I know a lot of professional anglers who quietly throw these even though they’re sponsored by other companies. – Walker Smith 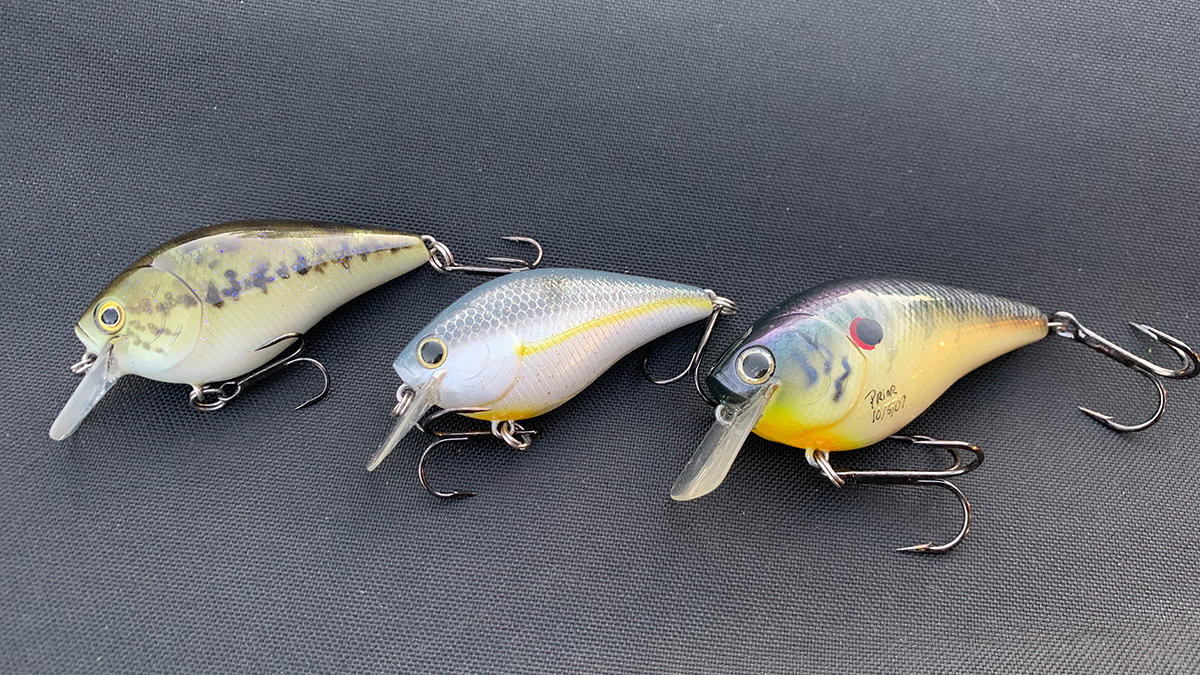 There is no telling how many tens of thousands of bass the original squarebills Rick Clunn designed for Lucky Craft caught. For about 5 years, I didn’t throw any other squarebill because I knew if I was around bass, this crankbait would catch them. It casts really well and excels because you can fish it around grass, wood, rock and it behaves a lot like a balsa bait with a lot more durability. – Jason Sealock 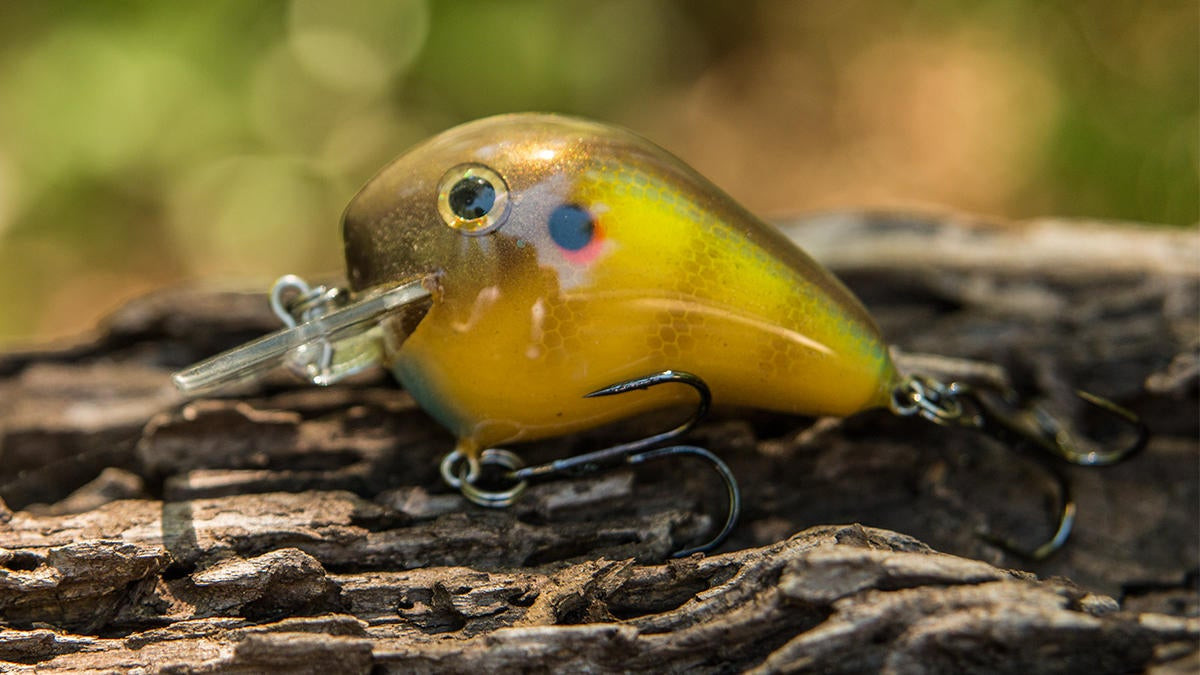 This little squarebill has definitely gained a cult-like following throughout much of the country. Originally designed to achieve an action similar to that of the aforementioned Zoom WEC line of squarebills, this little dude is near impossible to get snagged in cover.

It has a really wide wobble for a plug of its stature and rises quickly in the water column, which helps keep its treble hooks free from cover. For anglers who can’t stomach the steep prices for hand-carved squarebills, the Fat Boy is a solid alternative. – Walker Smith