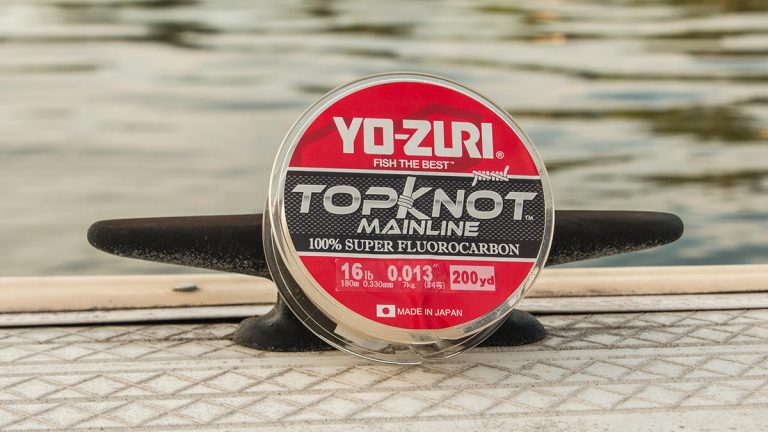 Bass fishing has become incredibly expensive over the years. Anytime I browse through a tackle shop, my jaw drops when I see some of the prices for fishing gear. There’s certainly nothing wrong with nice gear, but I believe it’s also important to keep producing quality products at lower price points as well.

I ran across a fluorocarbon fishing line recently called Yo-Zuri Top Knot 100% Fluorocarbon. To be honest, I didn’t even know Yo-Zuri made fishing line, so I was immediately intrigued. When I saw the low price point, however, I knew I had to put it to the test.

Fast-forward a few months and several hundred casts and I can comfortably say that this is some solid fishing line for the price. I’ve flipped, pitched and used a lot of moving baits throughout my testing and this line hasn’t let me down yet. I’ll quickly go through my thoughts on this line and my experiences with it.

This is what jumped out at me the most about Yo-Zuri Top Knot 100% Fluorocarbon. Starting at just $11.99 for a 200-yard spool, you’d be hard pressed to find a better deal on fluorocarbon. The technology and processes used when creating fluorocarbon fishing lines often drives up the retail prices, which can make your fishing line orders rival the price of a small car payment.

Thankfully, Yo-Zuri found a way to offer budget-minded anglers a quality fluorocarbon at an affordable price. Instead of spending hundreds of dollars on your fishing line, this price point allows you to restock for a fraction of the cost. 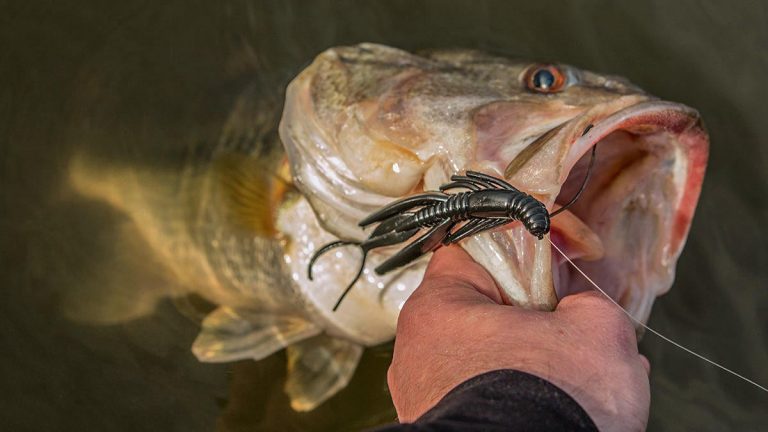 No matter the price point, fishing line is totally useless if it breaks. So I made a concerted effort to really abuse this line throughout my testing. I set the hook as hard as I could, I’d crank riprap four days in a row without retying and I also put it through the ultimate test: I’ve been catching a bunch of striped bass with it. If this stuff can hold up to big stripers, it’ll be just fine for bass.

So far, I haven’t broken this line a single time. I’ve wrenched fish from underneath boat docks, caught ’em out of deep brush piles and pulled ’em out of laydowns with Yo-Zuri Top Knot 100% Fluorocarbon and there have been no failures to speak of. I’ve purposely been using slack-line hooksets so I can put as much pressure on the line as possible.

In regards to striper fishing, I’ve caught several approaching double-digit size while testing this line and again, it has performed wonderfully. I’ve also been setting my drag a little tighter while catching these stripers because again, I’m trying to break this line. No matter what I do, it stays intact throughout the entirety of the fight.

I’ve also been snagged in some deep brush piles while testing this line and I’ll tell you right now; this stuff is tough to break. I’ll even put my trolling motor in reverse to break my line and in two instances, I’ve actually moved the brush pile a little bit before the line finally broke.

This is probably one of the better fluorocarbons I’ve tested lately in regards to abrasion resistance. In my opinion, the two biggest tests for this are cranking riprap and catchign striped bass.

When I crank riprap, my squarebill is right on the bank, constantly banging against every rock I can run across. It’s easy to overlook how much abuse your line goes through when you’re doing this. You might as well just take a piece of line and run it across a rock in your yard for 30 minutes. Cranking riprap is incredibly tough on fishing line. This Yo-Zuri Top Knot 100% Fluorocarbon, however, resists nicks and cuts excellently. I used one rod to crank riprap for four straight fishing trips and I purposely didn’t retie. On the last of my four trips, I caught a 3-pound bass and this line handled it wonderfully.

Striper and hybrid fishing is also tough on your line because their gill plates are razor sharp; they’ll cut your hand open in a heartbeat. When I catch them out of deep water especially, the line will often rub against their gill plate and they’ll come right off-it feels like somebody just cut your line with scissors. I’ve caught several big stripers on this Yo-Zuri Top Knot 100% Fluorocarbon and haven’t lost one yet. It will get frayed after a few fish catches due to contact with the gill plate, but so far, it hasn’t been enough to make me lose a fish. 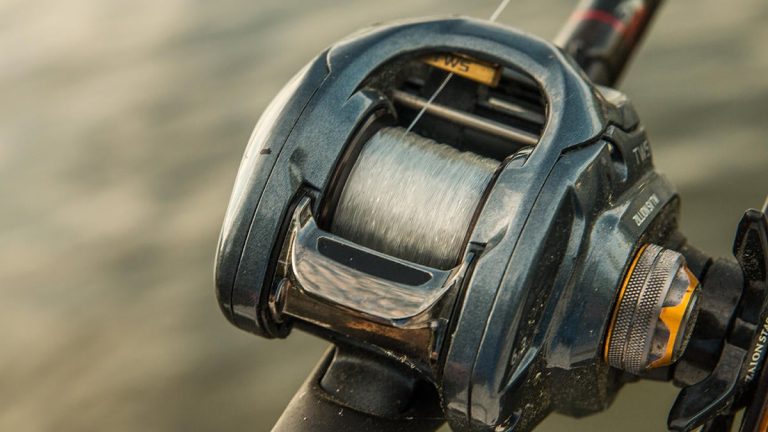 When testing 16-pound test Yo-Zuri Top Knot 100% Fluorocarbon and smaller, I experienced pretty decent line management. It does have a little memory to it, but it’s nothing that would make me not use this line. I’ve certainly used line with much worse memory. But even casting this line into a stiff headwind, I can’t remember backlashing it throughout my tests.

The 20-pound test is certainly springy on your reel, but that may not matter depending on your preferred fishing style. If you like to skip underneath overhanging cover, I’d stick with 16-pound test or smaller. But if you’re simply pitching and flipping to cover, I think the 20-pound size is just fine because you’re not making long casts.

If you’re a budget-minded angler, I’d certainly recommend taking a look at this line. I’ve been using it with plenty of success and starting at just $11.99 for 200 yards, I think this line offers some serious value to anglers.