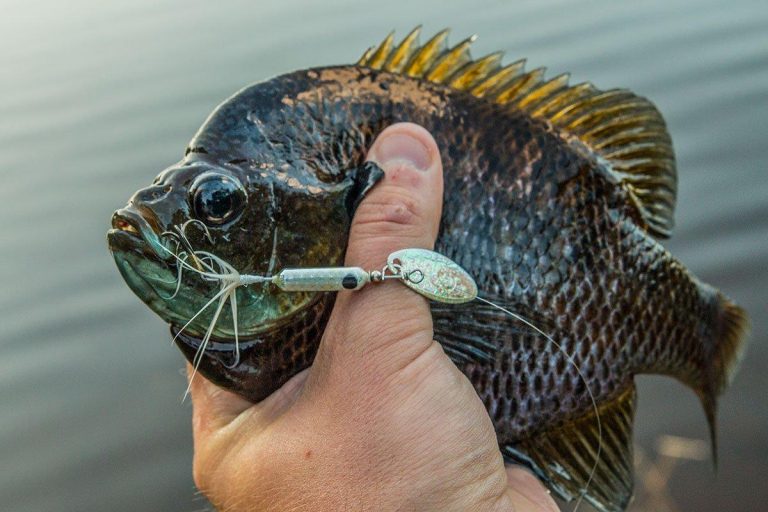 I’ve experienced a revival of sorts in the past several months. When I have a free afternoon to fun fish without cameras, guide clients or an upcoming tournament, I’ve found myself avoiding the crowds of my local fisheries and spending more time on small waters.

I don’t bring a bunch of tackle, a dozen rods or extra fishing line “just in case”. I’m going back to my childhoodâ€”one ultralight spinning combo, a small tackle tray and a few cold drinks in an old foam cooler. It’s hard to explain, but this minimalistic approach has been oddly empowering. It has also been an awesome way to spend time with my dad who, quite frankly, couldn’t possibly care less about a fancy fishing rod or an expensive baitcaster. He’s a simple man who just wants to fish.

During this period, I’ve fallen in love all over again with a special lure that has quite possibly accounted for more fish catches throughout my lifetime than any otherâ€”the Worden’s Original Rooster Tail. It’s not a “sexy” lure, it’s not flashy and it won’t cost you your firstborn child. It will, however, provide some excellent fishing action for you and your family, regardless of your angling skill level.

Check out the Rooster Tail underwater in this short video.

Here’s why I think every angler should own a few:

Anyone can catch fish on it

“Keep your rod angle at 45 degrees. Reel at half-speed with a 5.3:1 gear ratio casting reel. Move the lure with your rod before letting it fall on controlled slack. Stand on one leg, stick your tongue out and set the hook to the side.”

This is the kind of stuff you hear a lot when researching certain fishing techniques. And for someone who fishes on an occasional basis, it can be terribly overwhelming at times. Even if you’re familiar with all of the technical jargon and fish every waking moment, it sure is nice to embrace simplicity from time to time. Trust me.

That’s exactly what the Worden’s Original Rooster Tail allows you to do. You cast it, start reeling at a medium retrieve when it hits the water and when you feel a fish bite, you pull back. That’s just about as simple as it gets.

I’ve seen a 4-year old boy catch a slab crappie on this lure, I’ve seen my dad wear me out with one while I was fishing with live crickets and I’ve even witnessed a high school girlfriend catch an 8-pound bass on one covered in rust. If this lure has any limitations in regards to inexperienced anglers, I’ve yet to notice them.

When you take an Original Rooster Tail from the pack, it runs straight and the blade turns without any issues, even at slow retrieve speeds. It doesn’t tear to pieces or bend beyond recognition after hooking a nice bass and the soft hackle tail pulsates wonderfully in the water. Again, I’m not kidding when I say thisâ€”all you do is cast and wind. There’s no need to make things complicated.

Gear selection is also very simple with this lure. I’ll cast it on a 4-foot, 8-inch ultralight spinning rod, a 6-foot ultralight rod or any length in between, really. Of course, the longer rod you use, the more casting distance you’ll achieve, but you can get away with most lengths without a problem. For line, I’ll most often use 6-pound monofilament that’s been on my little pond rod for most of the year. Simplicity is beauty.

Appeals to all gamefish

The Original Rooster Tail’s broad appeal is perhaps what makes it so fun and exciting to fish. Some bass anglers will probably laugh at me for saying this, but I’ve caught plenty of bass in tournaments while using this lure. When the bass bite is tough on larger fisheries, don’t be too proud to throw this little dude. It will catch bass in nearly every condition, so put an 1/8-ounce Rooster Tail on a medium-action crankbait rod the next time you’re struggling.

It will also catch the you-know-what out of all types of panfish species. Usually on one of our ponds, crickets and nightcrawlers are unbeatable throughout the bluegill spawn. This year has been different, however, as this darn Rooster Tail is absolutely wiping the floor. We’ve been making long casts to likely bedding areas from the bank, clicking out bails and reeling right when it hits the water and if there’s a big bull bluegill in the area, it’ll eat within the first 5 or 6 reel cranks. 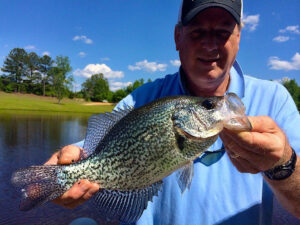 We’ve caught several nice crappie on white-colored Rooster Tails lately, too. I could make up a crazy pattern and make it sound all technical, but to be honest, we’re just beating the banks near small pieces of sunken Christmas trees. Again, nothing too fancy.

Although we don’t have many trout where I live now, my dad and I used to float the Hiawassee and Chattahoochee Rivers when I was a little boy and these were the only lures we’d bring. We’d carry about 15 with us, just in case we lost a few in the rocks, and reel ’em right underneath the surface in current eddies. We’d be able to visually see the trout attack them and I’m telling youâ€”those are some of the coolest memories I have. That’s what got me hooked on fishing. 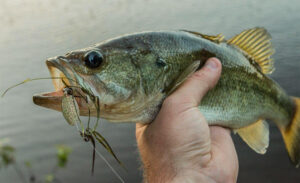 Don’t discount the Rooster Tail for white bass, either. When they run up the rivers each year, you won’t find many people without some type of inline spinner on the end of their lines. When I get into a pod of whites on guide trips, I’ll actually break out a few ultralights from my rod lockers, tie on some white and gold-colored Original Rooster Tails and we’ll catch a ridiculous number of 2-pounders. It’s a good way to cure a lull in the bass fishing action!

And of course, you’ll catch an occasional catfish on this lure, too. I can’t stand messing with them personally, but it sure is fun to hang into a nice channel cat on an ultralight spinning combo. 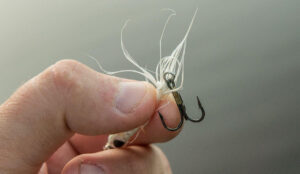 The Original Rooster Tail comes with a single treble hook that stays sharp for dozens of fish catches. They don’t really require much maintenance or adjusting, which is a major plus for folks who don’t like to tinker with tackle.

More importantly, the treble hook is free-swinging, which significantly limits the amount of leverage a fish can get throughout the fight. Whether you’re catching paper-mouthed crappie or big-jawed largemouth, you shouldn’t have a problem getting and keeping a hook in them. 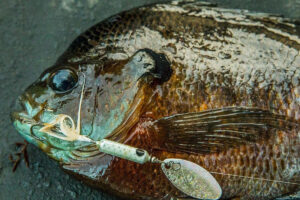 I have noticed, however, something important in regards to hooksets with this lure. When you’re specifically targeting panfish such as bluegill, it helps to let your rod tip “load” just a bit before setting the hook. You don’t really need to jerk. These fish have such small mouths, it can be hard for them to stick themselves with the treble on the first try. But probably 90 percent of the time, they’ll keep striking at it until they’re hooked.

If you’re targeting a fish species with a larger mouthâ€”let’s say bass or crappieâ€”you might want to try more of an immediate, sweeping hookset. You’re not setting the hook like a bass jig, but you’re just executing a very easy pull to the site. Sometimes, if you let the rod load too much with these particular species, they’ll be hooked very deeply which makes it difficult to safely remove the hook.

There’s a lot of expensive fishing tackle out there. Some folks want the best money can buy, while others just want whatever will get their string stretched. There’s absolutely nothing wrong with either.

I think a lot of anglers can appreciate this lure’s price point. It’s priced at $3.19, so you can spend a $20 bill and get a nice assortment of Rooster Tails that’ll last you a long time and catch plenty of fish.

I purposely try to avoid declarative statements in my product reviews, but I honestly believe this is a “must-have” for anyone who fishes. Whether you fish from the bank, a kayak, canoe, johnboat, float tube or an expensive 2015 bass boat, you can absolutely use this lure to your advantage.

The Worden’s Original Rooster Tail is available at TackleWarehouse.com.