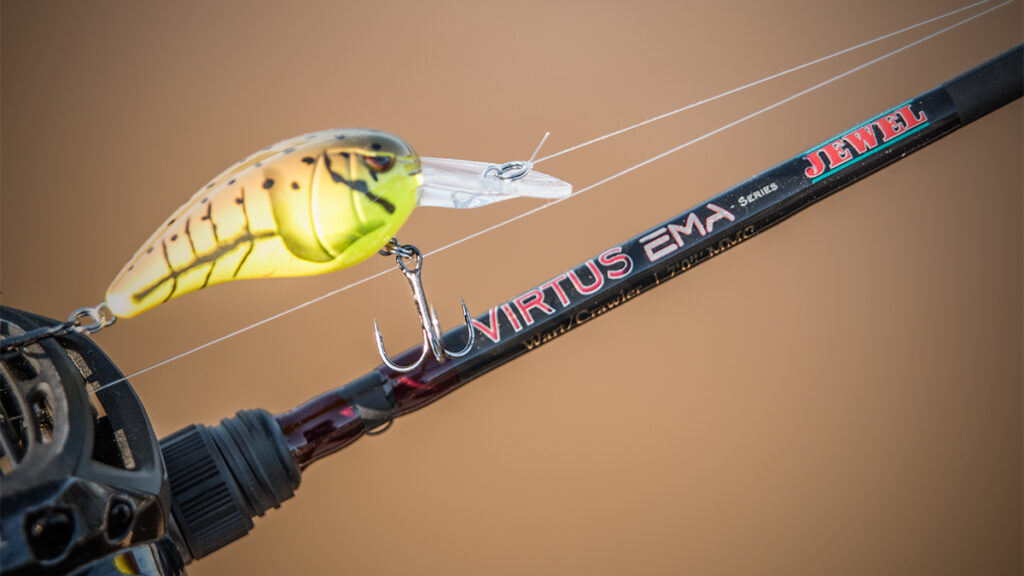 Alright, so this review might be a little different than many of my others. I’ve made a concerted effort throughout my career to avoid gushing over specific products because, in my personal opinion, I think it can come off as a bit unprofessional at times. I am not a salesman and I don’t want to be a salesman, so I try to view every product through a fair and honest lens and I hope you can agree with that if you’re a regular reader.

But man, I’ve gotta tell y’all something today and I’m going to be a little less “formal” than I normally am. The water on my home lake has looked like ketchup for a while now (check out the background of all of these photos) and in my mind, that means it’s prime time for crankbait fishing. It’s my favorite technique in the world and I absolutely love muddy water in the winter. Maybe I’m just weird.

Actually, I know I’m weird. But I digress.

I recently got my hands on the brand-new VIRTUS Wart/Crawler Rod presented by Jewel. I’ve always known Jewel to make very high-quality lures but this recent dive into the rod market made me a little curious. I always get hesitant when lure manufacturers try to dip their proverbial toes into the rod-making market. But the minute I pulled this rod out of the rod tube, my jaw literally dropped open. I have probably tested close to 1,000 rods in my career if I had to guess and this rod is one of the best ones I’ve had an opportunity to use. That’s no hyperbole and nobody told me to say that. It’s a dang good rod and if you’re a cranker, I honestly think you need to save some money and grab a few of them.

Hang with me for a second and let’s roll through the reasons I’m so giddy about this rod.

I’m pretty sure it’s the lightest rod I own 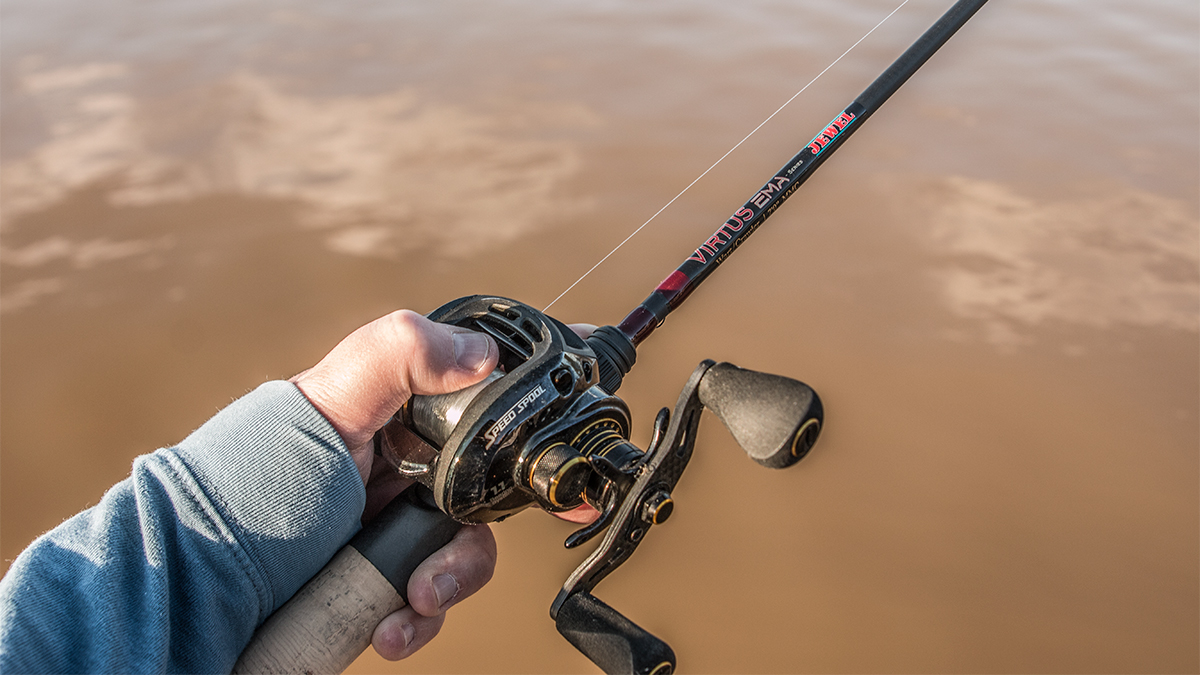 I own a lot of bass fishing rods and as I mentioned earlier, I’ve tested a whole bunch of them throughout my career. Other than some Japanese prototype rod (I have no idea what the name of it was) that I used while topwater fishing with Sealock on Kentucky Lake years ago, this honestly might be the lightest rod I’ve ever held in my hands. No, I haven’t weighed it and I’m not going to; I don’t really get into all that kind of stuff. But by pure feel, I don’t think there is a fishing rod in my boat shop that is lighter than this one.

This rod is said to contain a proprietary mix of carbon and graphite and each rod goes through 20 quality control inspections. I have been using it a lot lately and this thing feels incredible in my hands. I’ve actually been a little scared to break it because its weightlessness just makes it feel a bit dainty in my hands but after swinging some fish over the gunnel and fighting several bass on it, I have developed a lot of confidence in its strength and durability. It’s almost weird to feel a rod that’s so light, yet so sturdy feeling. 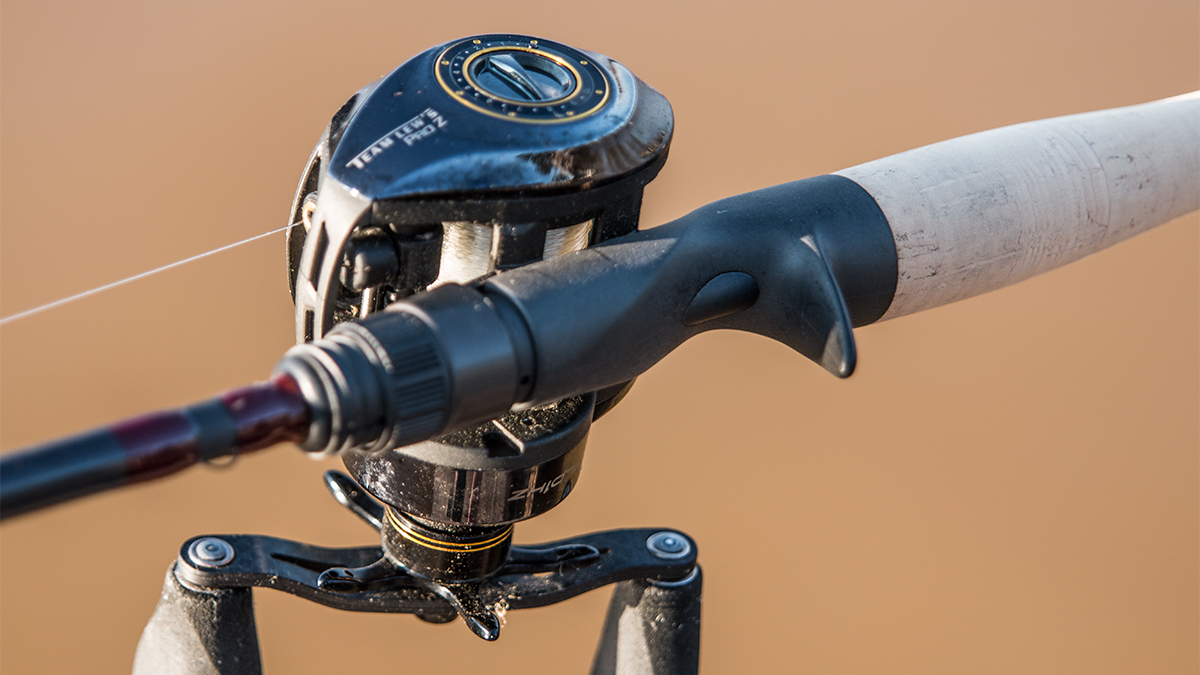 It actually took me a few minutes to get used to the sensitivity of this rod. It’s specifically designed for Storm Wiggle Warts, SPRO RKCrawlers and similar crankbaits, so I expected the feel of this rod to be a bit “mushy” if that makes any sense; that’s how a lot of new-age cranking rods seem to be recently. What I discovered, however, was an incredibly crisp feel throughout the retrieve. I felt like I could feel every single wobble, wiggle and sway while I was fishing these baits. The Fuji reel seat transmits vibration beautifully and I’ve been able to feel subtle rock-size transitions, vegetation changes and other small changes in bottom composition.

Bites have been very easy to detect and there’s normally no question whether it’s a piece of cover or a bass. On several bites I’ve had with this rod, it’s almost like I could feel the bass suck the crankbait into their mouths. I know that might sound weird but once you feel it, you’ll know exactly what I’m talking about. 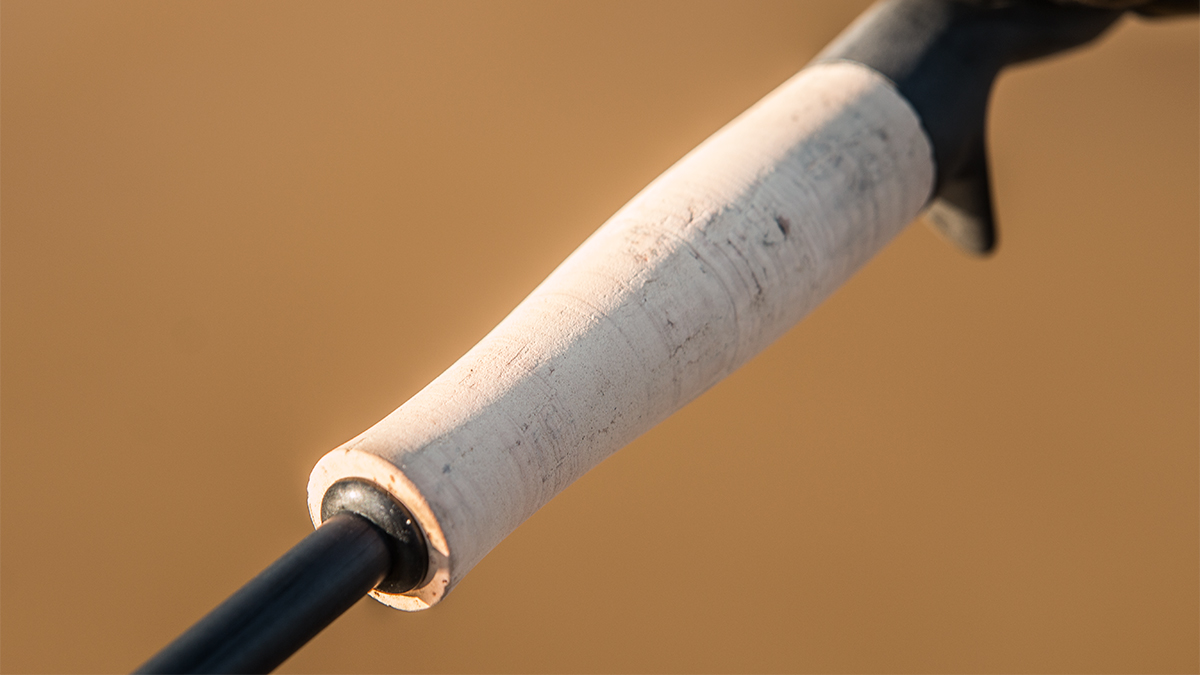 Cranking all day can get tiring. From roughly December until the end of March, I’m throwing a crankbait the large majority of the time; if I’m using a poorly balanced or heavy rod during this timeframe, my elbow and forearm are screaming at me after a few long days on the water. Luckily, I haven’t had that problem at all with this rod. The natural cork handle is soft on your hands but also provides a nice grip in wet conditions or with fish slime-covered hands. You’ll find a lot of low-quality cork on rods these days but it has been refreshing to see such a nice cork grip on this particular rod.

When it comes to applications, keep an open mind 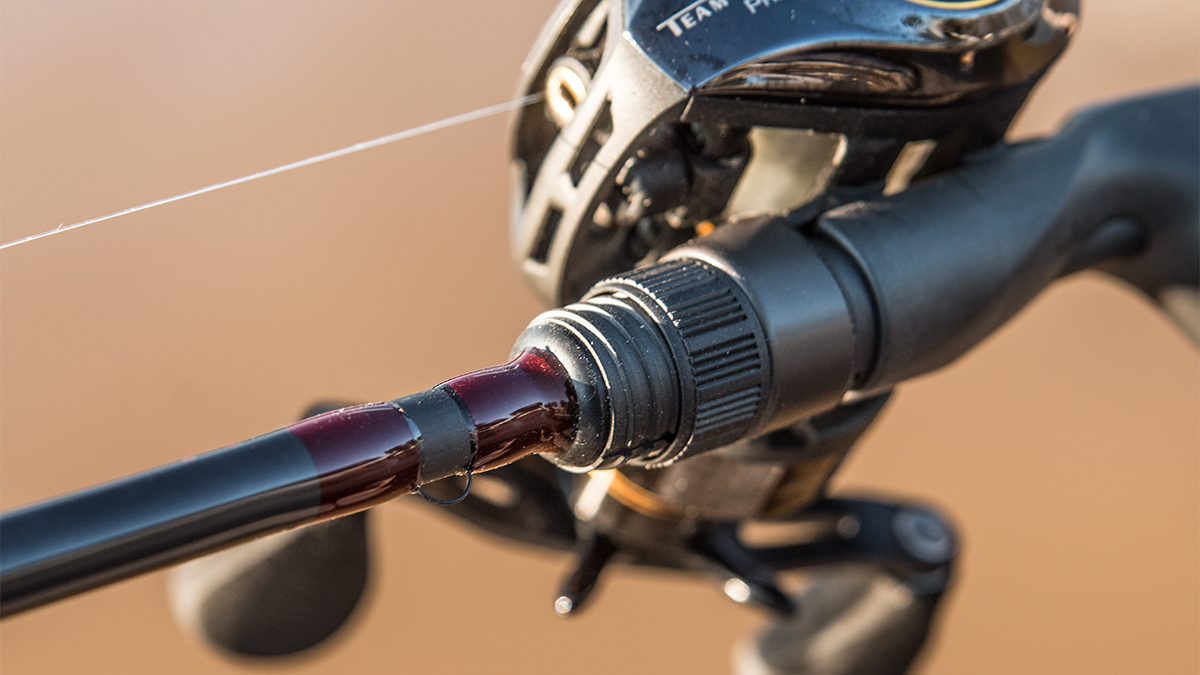 So this 7-foot, medium-moderate action cranking rod is officially called the Wart/Crawler Rod. While it has been quite impressive throughout my testing with those lures, please do yourself a favor and don’t let the name throw you off and keep you from trying it with other lures. If it were me naming this rod, I’d probably call it something a little more inclusive because I’m telling you right now… this is one of the best finesse and flat-sided crankbait rods you’re going to lay your hands on.

Sure, it was designed and built in the Ozarks and they love those Warts and Crawlers up there but man… the rest of the country needs to know how versatile it can really be. I throw a flat-sided crankbait all year long and that’s no exaggeration. This rod ranks near the top when it comes to that particular technique. If I could afford to have one side of my front deck full of ’em, I’d do it all day long.

Also, don’t be afraid to throw a shallow-diving jerkbait on this rod. You’ll be blown away by how well you can feel those slack-line bites.

Final impressions and where to find it 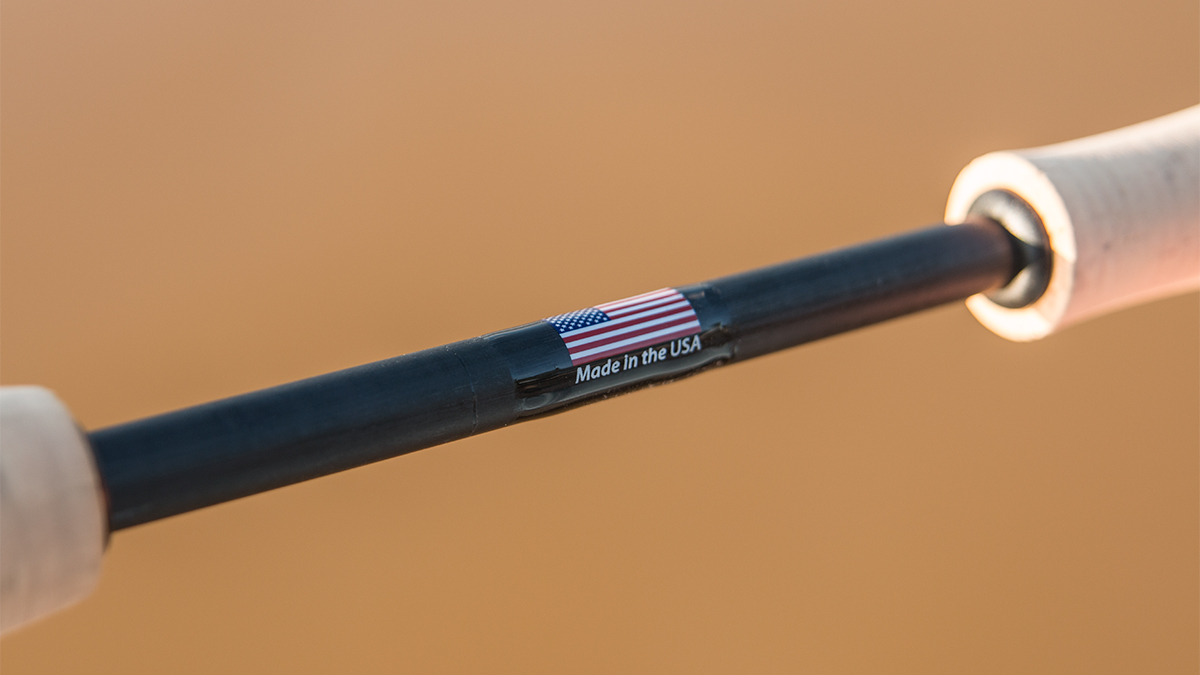 This rod retails for $289.99 and before you start fussing at me for reviewing an expensive rod, I need you to understand that this isn’t just “some rod”. I’ve found it to be a specialized piece of equipment for dudes who love to throw a shallow- or medium-diving crankbait. If that’s the kind of fishing you like to do, I don’t really know what else to say… save up a little money when you can and get one. I give VIRTUS and Jewel a bunch of props for creating something special in an otherwise saturated market.

You can find the VIRTUS Wart/Crawler Cranking Rod at JewelBait.com.