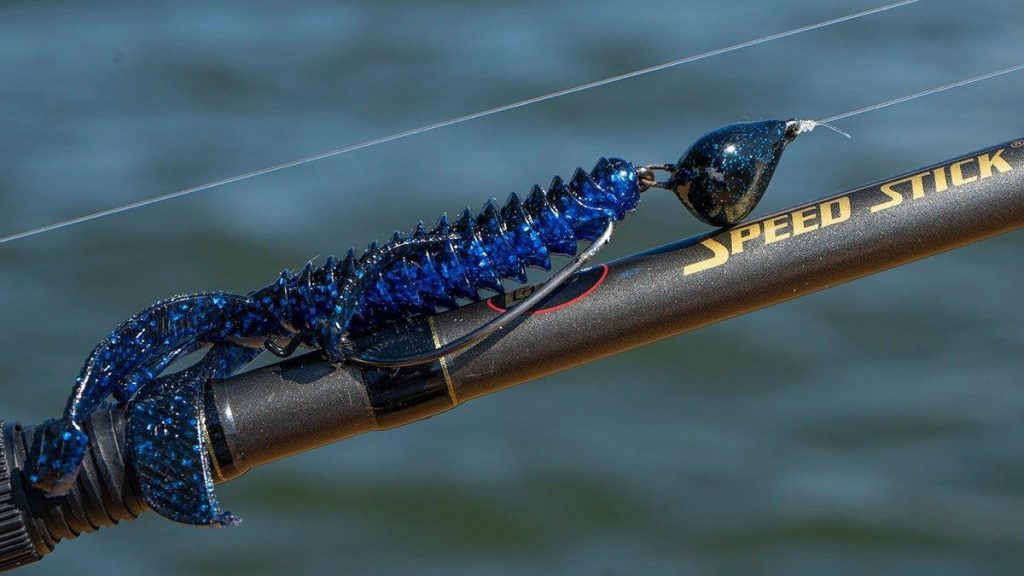 The Jointed Structure Head from Strike King has become a regular part of my terminal tackle box because I use it so much more now in my own bass fishing. Here are some features to consider on these new heads. 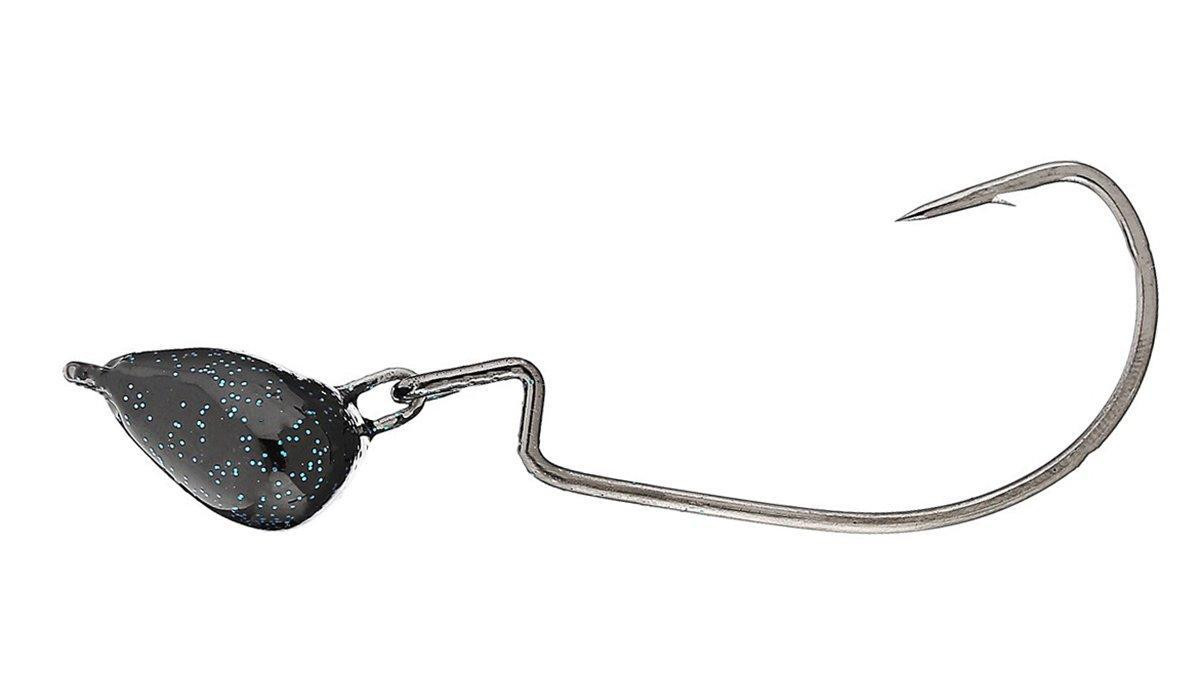 The head is shaped similarly to the Strike Kenny Denny Brauer Structure Jig with a design used to give the angler the best parts of a football style jighead while also being shaped smooth enough with a rounded point to be able to come through brush and grass equally well. So the head stays up right as you crawl it along a hard bottom or pull it through sparse grass and laydown trees.

Stays inline and comes through cover so well 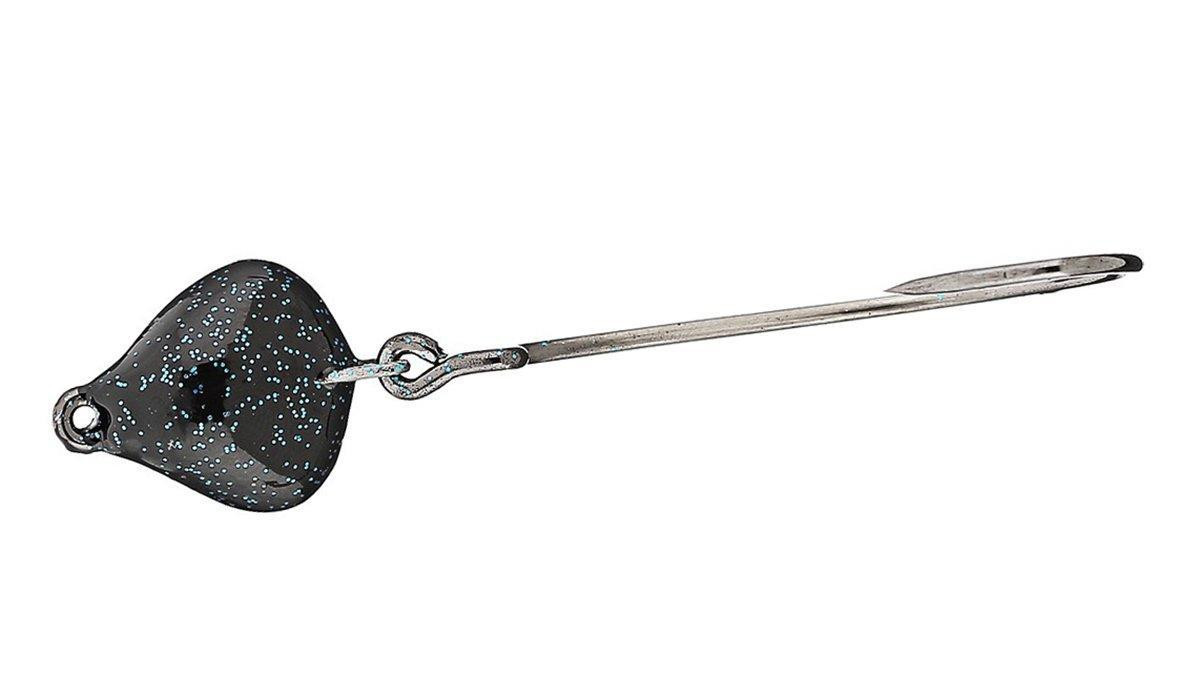 Because of that arrow head on it, the plastics follow behind the head on the Jointed Structure Head, and it seems like it glides over the rocks without jamming up or getting snagged. I often throw the heavier 3/4-ounce model when fishing ledges and will go all day with the same head. 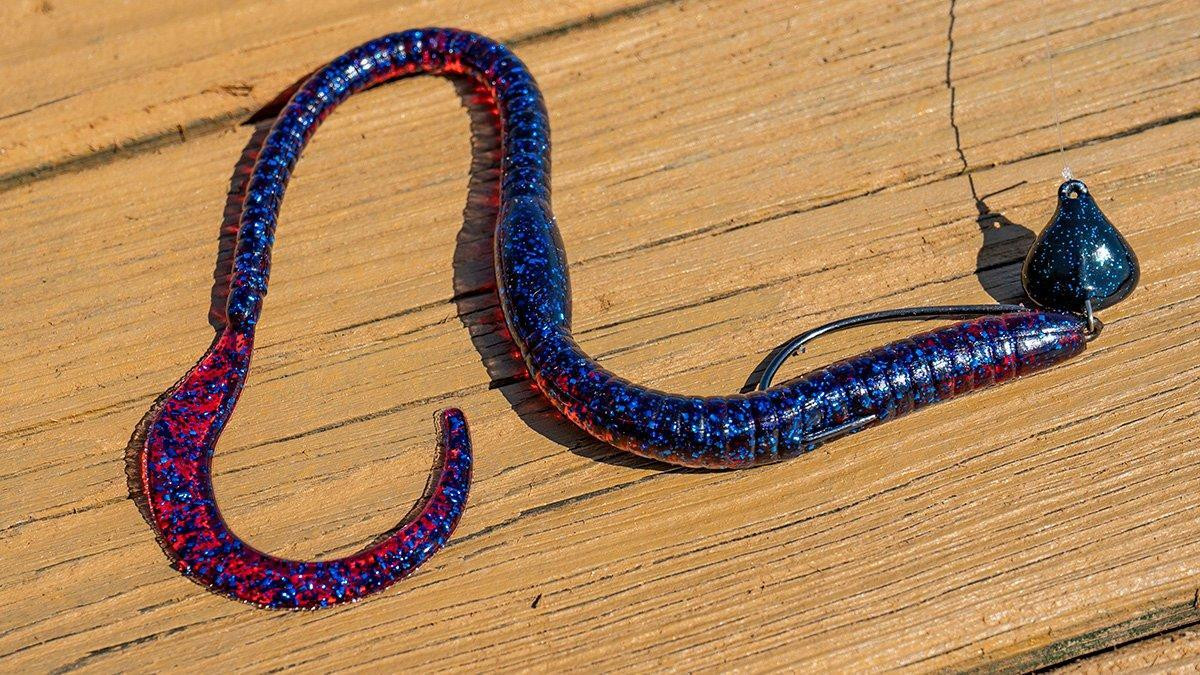 I’ve had a bunch of success hopping a worm on it as well as swimming a craw trailer slow and steady on the bottom. That versatility is why I have one on the deck all summer.

Doubles as a jig with more compact profiles 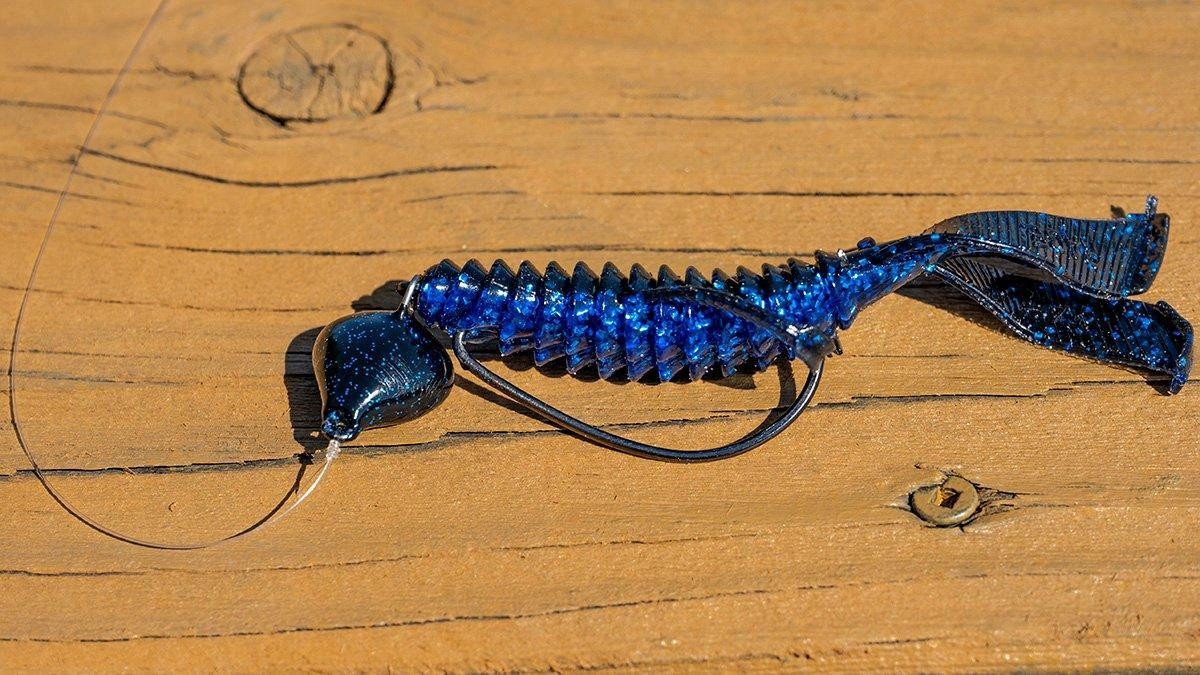 I have even punched bushes with the Jointed Structure Head and flipped bank grass with it. Sometimes, I just have a small plastic like a Rage Bug on there, so I can pick it up and pitch to targets as I fish down the bank. Usually I will use the 3/8-ounce size if I’m fishing shallow open cover. And go all the way up to the 3/4-ounce size to get it down to depth when fishing summer ledges. 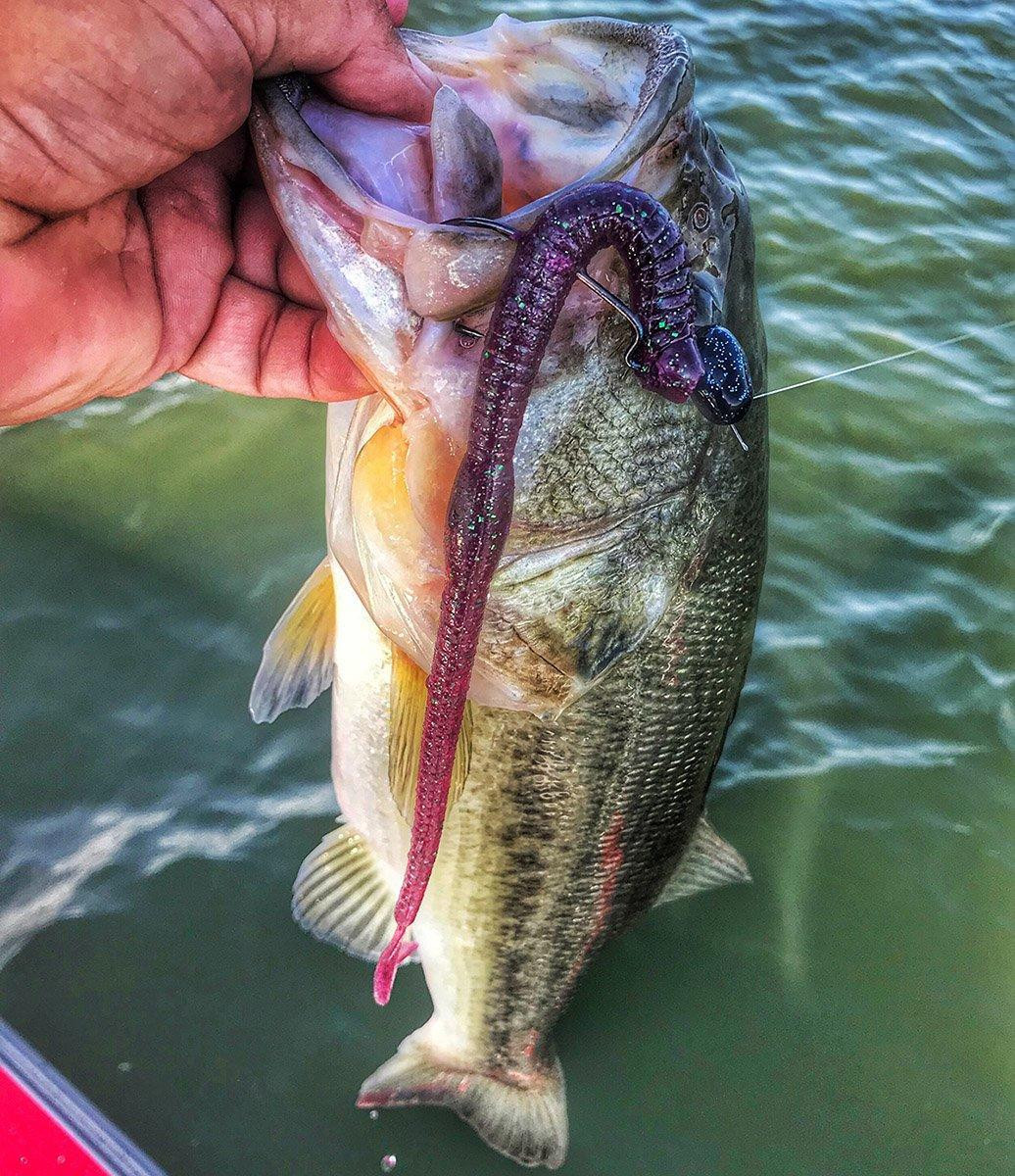 The Jointed Structure Head hooks up extremely well. The pull point is not hindered with the swing design, and I caught dozens of bass this summer with a single head. It fishes very versatile and gives you a lot of profiles in one package. Instead of having jigheads, hooks, sinkers. I just keep a bunch of these in the boat and usually reach for these first now anymore.

Did we mention it catches big ones too 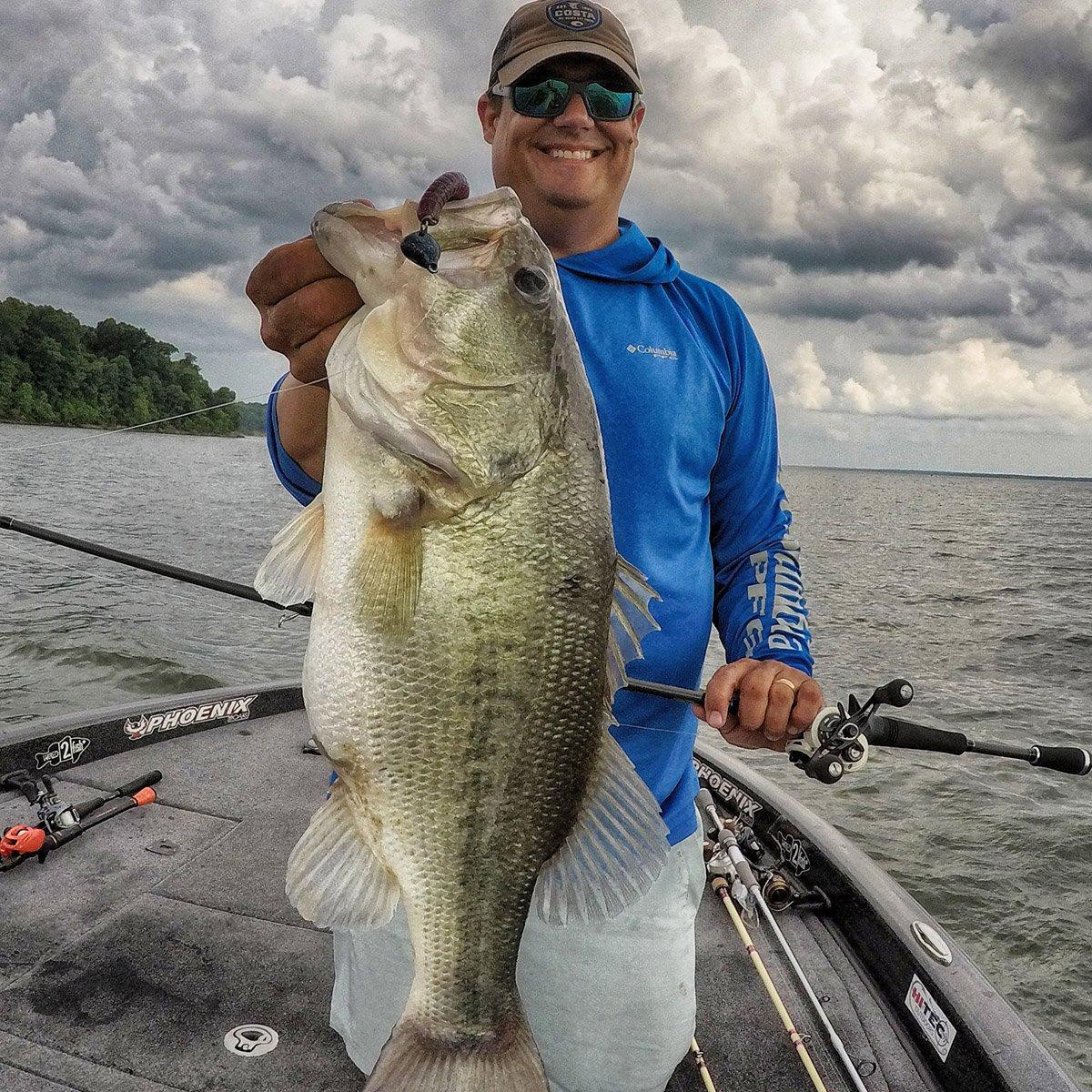 I have one tied on most of the time in my boat because I have caught some big fish using this for my plastics in the summer. Usually I will just have the Jointed Structure head on a rod, and then I decide based on the conditions or where I am fishing what soft plastic to apply.

You can find these Strike King Jointed Structure Heads at these online retail partners: