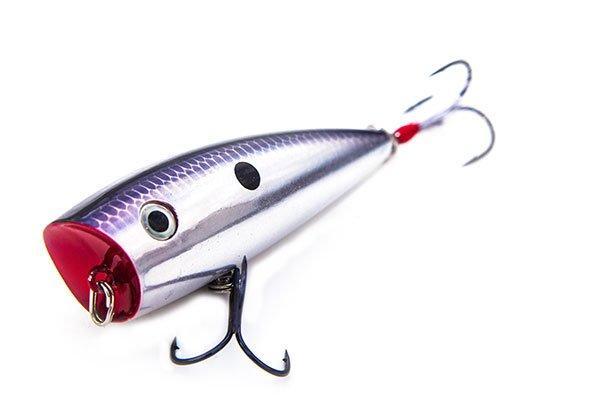 I’ve really started noticing lately the loyalty and following that some topwater poppers have. Some folks hate one brand while others can’t get enough of it. This is a great thing, in my opinion, because it leaves plenty of room for innovation and growth within the industry. Everyone looks for different things in poppers, so experimenting with newly released ones is always a good exercise.

I’ve been using the Strike King HC KVD Splash Popper for several months and I’ve really grown to love it. Due to the abnormally warm temperatures in my area, I’ve had the opportunity to use it extensively and get a good feel for its features and subtle differences.

It seems like many anglers view choosing topwater lures as an ultimatum of some sort—you can have a plug that walks and a plug that pops, but you can’t have both. Admittedly, I’ve thought the same kind of thoughts in the past, but the Strike King HC KVD Splash Popper has really thrown a wrench into the way I view topwater fishing.

I feel like heavier line robs a popper of its action, so I’ve been using 10 and 12-pound monofilament when fishing the KVD Splash with great results. After just a few casts, I was able to easily walk it without really thinking about it.

When trying to “walk the dog” with some popper in the past, I had a lot of problems with my line tangling on the front treble hook. The plug would just clumsily lurch forward upon a rod twitch and get fouled on my line every time. Thankfully that hasn’t been the case with the KVD Splash. It doesn’t glide too much on the surface which drastically reduces wasted casts and tangles.

It has a unique sound 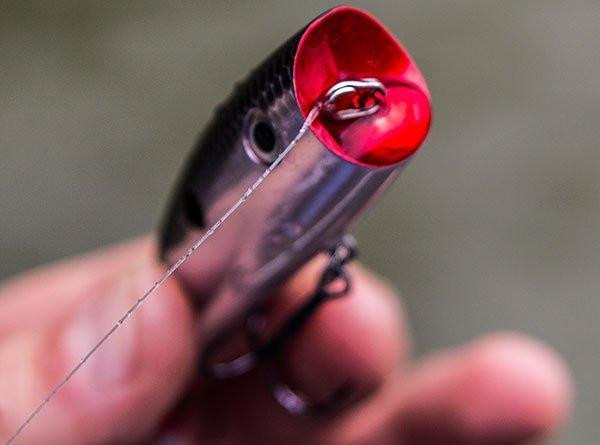 I’ve never found two poppers that make the same noise and that holds true with the KVD Splash. If you twitch it hard enough, it will make a sploosh-type noise, but while you’re walking it with moderate rod action, it tends to “spit” more than anything.

Its unique spitting noise makes it a great choice when targeting shallow bream beds and mayfly hatches. Very rarely does a bream make a ton of commotion on the water’s surface—they usually come up and “suck” or “pop” at small insects.

I’ve also had a lot of success recently using the KVD Splash during shad kills. When the water temperatures start cooling off, thousands of shad die and become an easy meal for nearby bass. These shad will barely kick or flutter on the surface and this popper imitates it perfectly. Despite cooling water temperatures, I’ve been able to catch some really nice bass on this lure.

The Strike King HC KVD Splash Popper is totally ready to fish right when you buy it. I’m a stickler for using very sharp hooks and quality components, but I haven’t had to worry about it with this lure. The split rings are super-tough and the hooks are incredibly sharp. 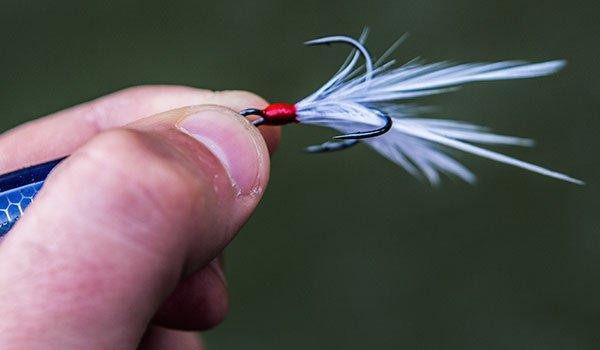 I’ve also been impressed by the longevity of the feathered treble hook on the back of the KVD Splash. Over the years I’ve had countless feathered trebles become totally unraveled after just a few fish catches. Right when I would get ‘em fired up, I’d have to dig through my entire boat looking for a replacement.

Fortunately this feathered treble hook takes abuse like a champ. I haven’t been counting, but I’ve caught a bunch of nice bass on this lure and the back hook is showing no signs whatsoever of unraveling or separation.

I recommend taking a look at the Strike King HC KVD Splash Popper. It’s easy to use, makes a very different sound and it doesn’t require additional hardware to be effective. Not to mention, it’s priced at an affordable $6.99. 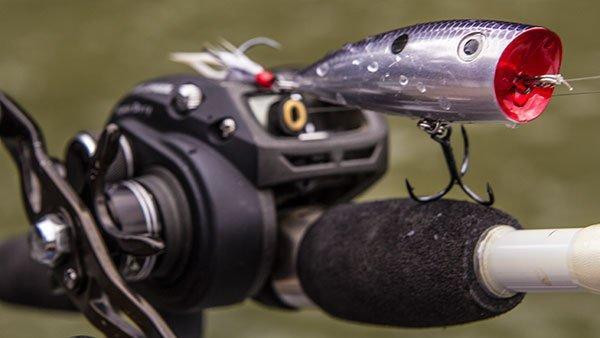