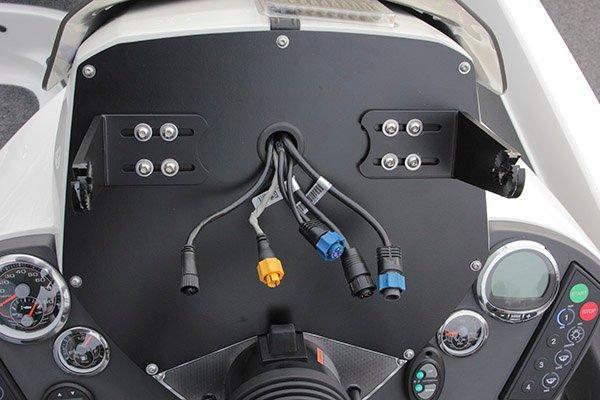 I wrote a while back about a locally made sonar mounting bracket that I put on my last boat to get my graph up a little higher on my bow, while simultaneously getting it centered over my trolling motor pedal where I stand most of the time. The Kick’n Bass Sonar Bracket worked really well and was a far cry better than in dash or Ram mounted applications in my opinion.

Here are a few reasons why I found I like the design in my recent testing:

Solid as a rock

The 1/4-inch thick aluminum is amazingly strong. After setting the right arm to the suggested depth, attaching the unit and locking down the other arm, the plate was installed back into the console where the original plate had been on the Ranger Z520C bass boat.

After everything was locked down you could grab the bracket arm and pull it as hard as possible with two hands and the whole boat would move before the bracket did. Crazy strong setup. No more gimbles and arms flexing, getting loose and folding down while you’re running.

Make adjustments to your fish finder

I liked that when you mount a fish finder up off the console plate or bow, you can then change the angle of your graphs to avoid glare and other issues you might battle with on flush mounted fish finders.

I also liked that while I was driving down the lake and had both hands on my steering wheel, I could reach up and punch the touch screen of the Lowrance HDS units with my fingers without even taking my hands off the wheel really. It really is right at your finger tips. Some configurations it seems like you’re having to reach through a steering wheel to change settings. Not an easy thing to do in my opinion.

I like that the graph is in the console but mounted up to put it closer and easier to adjust. Out to the side on a mount adds drag and wind resistance to the boat. Flush in the dash can make use and glare cumbersome to deal with.

I was then concerned in big waters that the beating the bracket would take might cause other things to break. The fact is in some pretty good chop the bracket didn’t move, vibrate or otherwise show any sign of motion that would cause damage. I like that it is mounted to its own plate that is anchored with heavy duty hardware.

The Hammertone coating is what most top gun safe manufacturers rely on for a rock hard finish that won’t chip, fade or show signs of wear. The black looks sharp and makes the whole install look really clean and professional.

The brackets are carefully machined and come with all the screws, bolts, nuts and hubs for mounting various Humminbird and Lowrance fish finders to the bracket. It’s made to be secured in conjunction with a theft deterring electronics lock. But everything you need for a sold install comes with the plate and bracket. 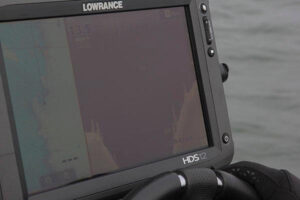 You can find the Precision Sonar Console Brackets on PrecisionSonar.com.

There are multiple brackets custom fit for many different boat makers and models.

The DURA-Plate and Smart Bracket kit retails for $259.95 shipped. 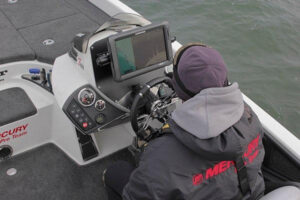