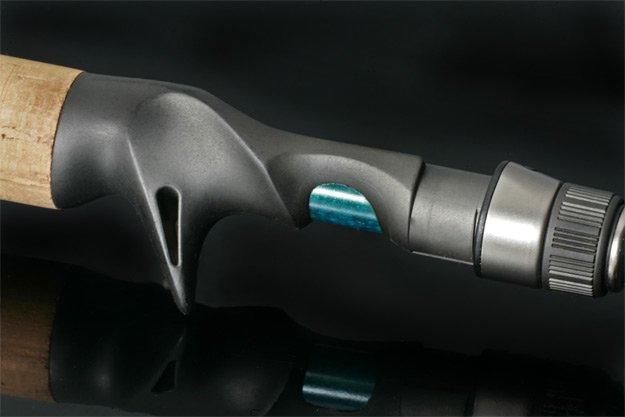 “Son, pick out the stick you want to be whipped with.”
That’s a choice my grandfather used to give my father when my father  was on the wrong side of another choice he made as a child. Even if he chose the wispy little stick, it still got the job done as well as the thicker branch with the log knots on it. Both stung equally well and accomplished the task of reminding my father to make a better choice the next time. But we have to believe as anglers that there was probably a little more comfort in the more refined  medium-action whip switch.

Choosing a rod for fishing is somewhat dependent on the task at hand but it’s equally about the nature of that person. One angler likes a certain rod company because all their battle axes are broom handles that could double as pool cues. The next guy likes another rod company because they have a line of rods that are small diameter and wispy like grandpa’s switch. Another angler thinks a third company makes the best sticks because his brother has a buddy who knows someone that works there.

Well, we’ve spent the last couple of weeks testing the  St. Croix Legend Xtreme rods – a spinning rod and a casting rod to be exact. These are the flagship rods in the St. Croix line. Their Mojo Bass  rods have made a huge splash in the industry recently, especially among younger college and high school anglers as great entry level rods for limited budgets. But the Legend Xtreme rods are the top of the line, pulling together the finest proprietary materials that can be used to make the ultimate rod in the St. Croix line. 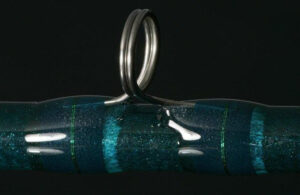 At first glance, you can tell the rods are quality craftsmanship. The rods feature eye-catching dark greenish-blue tints to the blanks. The cork is very smooth and precision cut. The reel seat and grip is ergonomically crafted to be comfortable while looking tough on the rod handle. The Recoil guides are indestructible adding to the overall value of the package.

The rods feature an exclusive-to-St. Croix, high-modulous SCv graphite material that makes the rods lighter, more sensitive but also gives them tremendous power without adding weight. They also incorporate their patented Advanced Reinforcing Technology (ART) that adds an exotic carbon fiber material which provides 10 times the strength with almost no increase in diameter or weight to the rod. They also feature an engineering technology called Integrated Poly Curve (IPC). With IPC the rod has a uniform taper that alleviates transition points that will often fail in other rods. The handles feature a shim technology that adds sensitivity to the area of the rod where anglers grip the rod.

It’s obvious to us that St. Croix puts a lot of thought into every part of a rod.

We paired the rods with an  Abu Garcia Orra reel on the casting rod and an Abu Garcia Cardinal 802 on the spinning rod. We fished 20-pound  Berkley Fireline Crystal on the spinning rod with a  Spro No. 10 Power Swivel and a  Sunline Sniper 8-pound Fluorocarbon leader. On the casting rod we spooled up with 15-pound Berkley Trilene 100% Professional Grade Fluorocarbon.

We boated more than 100 bass the last couple of weeks pitching plastics, cranking deep diving crankbaits and casting football jigs and shaky heads to offshore river ledges. The casting rod is extremely sensitive. It has great power on the hooksets, and the Recoil guides were smooth and allowed for extremely long casts. Fighting the fish was very comfortable with this rod lending a lot of control to the angler during the fight, and the bass were swung easily into the boat.

We actually put a punch skirt and  Big Bite Baits Yomama with a &frac12; ounce Tru-Tungsten weight and a  VMC Fast Grip straight shank hook on it and used it for pitching to bushes. Ordinarily we like a heavy action rod for this, but we were surprised at how well the rod reacted to the close combat battles. The rod battled several bass to 5 pounds that were green and mean charging out of those bushes on the hookset.

The spinning rod was deadly with a shaky head. Great sensitivity aided in quick hooksets and no deep hooked bass on the finesse rigs. The rod absolutely launched a 3/16-ounce shaky head with a Zoom Mag Finesse worm. It skipped a shaky head easily under docks and low hanging trees. Its light tip makes working a light bait comfortable but the rod had plenty of back bone to drive the hook into some mean river bass.

Selecting tackle for fishing is very personal to each angler, especially when it comes to rods. The color of the rod might entice some. The components on the rod might entice some, the brand name and then of course the price probably has the biggest influence on an angler’s purchase. We’ve often said that buying a rod is an investment. You’re buying something to fish with for five or 10 or maybe even 20 years. There is no arguing that $400 is a lot of money. But when you spread it over 10 years, it’s not that much. You spent $3.33 a month to use that high end rod. And the beauty is you can probably sell it to a buddy for a good price when you’re tired of it.

To see more of the rod features, check out our photos below.

To learn more about the manufacturing technologies used to build these rods, visit StCroixRods.com.

To look at available models and purchase the rods, visit TackleWarehouse.com.