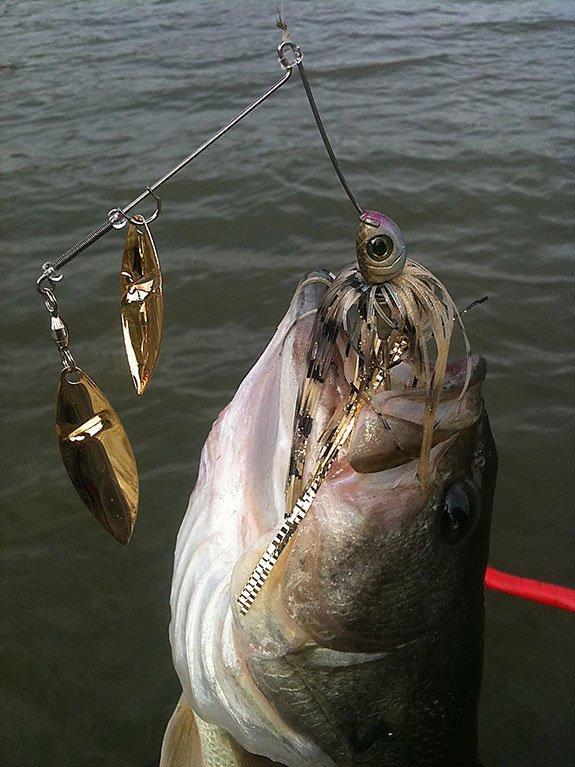 A spinnerbait is a spinnerbait. I have heard it over and over again, and most often, I have to agree. There are only a few things that can be done to differentiate one from the other and most times those changes don’t mean beans about catching more fish.

Some of the variables include blade style, head design, weight, and color. They have all been tinkered with and most times the “revolutionary” still remains the mundane. With that said, there have been a few things that stick out over the years that were indeed revolutionary. Terminator brought both tungsten and titanium into the market. They also included stainless steel in some models.  That was very different and has stood the test of time. Terminator spinnerbaits run different, last forever and catch fish. All are very important to the angler.

The “R” bend was another dynamic change in spinnerbaits. Predecessors to the R Bend were twist bend baits and they had a tendency to get line wrap under the line tie and kink below the twist causing line breaks. The only negative to the R Bend is line can slide down the arm or head side of the bait.

I have been testing the new RMD Revolution spinnerbait and have been impressed not only with the balance and head design but the louvered blades as well. I am not a big believer in gimmicks and the louvered blades could be perceived as a gimmick but it is far from that. The vertical cuts allow the bait to spin differently and because of the smallish size of even the heavier models the blades turn at a rapid pace and put off a ton of flash. This is a machine shop made spinnerbait so it is precise and the best components are used. From skirts to blades to swivels, it is all top notch.

The R Bend of this bait is augmented with a clear plastic ring that keeps the line from sliding down on the bait. I was impressed with the 1/2-ounce model as it cast well without spiraling and the longer shank Gamakatsu hook led to more and better hook ups. The combination silicone and mylar skirt gives the bait both flash and flare and the built in crinkled mylar trailer looks like it is plugged into an outlet for power.

I fished this bait over grass, down laydown logs, and even caught a 4 pounder in a culvert opening. The tandem willow blades are spread perfectly and give the bait a unique vibration that is subtle and tight. Shad are balled up in my part of the country and running the Revolution through them has been an effective technique. I have shifted between the Revolution and crankbaits for most of the better fish.

I have been fishing it on a Pinnacle Optimus 7.1:1 reel, on a Dobyns 7 foot Coalition rod teamed with the new Trilene Extra Tough mono, 14 pound test. I like heavy baits in the fall but have settled on the &frac12; ounce RMD Revolution. I really like Golden Shiner, with tandem willow gold blades for cloudy days and Sexy Shad with tandem silver days for sunny days.

I like to jerk the bait on the retrieve to let make more noise and will dead drop it while burning it near stumps and the ends of trees.  Long casts are a must in the fall, I believe and bumping visible objects will get more bites.

This is a brand new bait and distribution is limited but you can purchase them by asking for them at http://www.histackleboxshop.com/RMD-Revolution-Spinnerbaits-1-2-oz-p/rmd-rev-spinners.htm