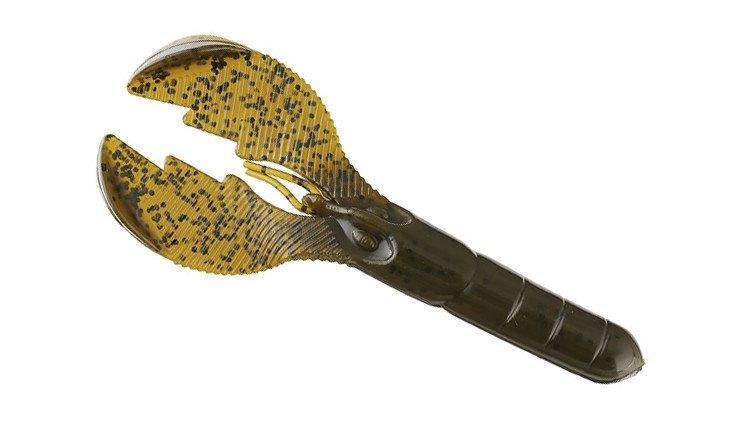 Not all plastic crawfish imitators are the same. Some make great trailers, some are perfect for being punched in heavy grass and yet others are versatile and can be used for both. Finding the right combination of bulk, action and size is the differentiator.

For the last several months, I have been fishing the Riot Baits R-Craw and have found it to be a very versatile craw that can be cast, flipped, and also used as a trailer. It is definitely not for a finesse-minded angler and the beauty is its bulk. The R Craw is 3 3/4 inches, but the secret to this bait is its smooth body combined with the serrated pinchers and beveled pincher tips.

Some of the strengths: 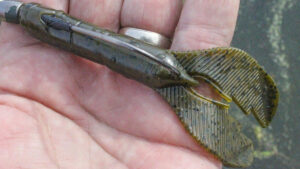 Matt Stark, owner and designer of Riot Baits, wanted a craw bait that could serve multiple duties. He made the R Craw to be fished on a jig, a Texas rig, on a swing head or on a punch rig.

“The water wedges were put on the pinchers to give the pinchers more life,” Stark said. “Combined with the linear serrations it catches water and makes the pinchers come to life.”

These pinchers flap out of sync. One up and the other down. You can feel the thump of this craw even fished on a heavy football head. That tells me that fish can feel it too. 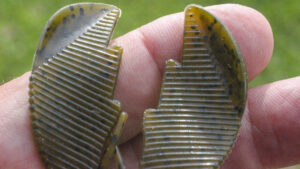 The R Craw has a rounded, smooth segmented body. The thickness of these craws can be advantageous. I love to fish offshore as well as where cover is the heaviest. The R-Craw comes through cover well.

The width of the body and pinchers help make it more weedless, in my opinion. On a jig it keeps the jig from rolling over, like a keel on a boat, and some of my best fish have come when it was hopped over brush.

The rate of fall is slower too. I really like that even fished deep on a 3/4-ounce jig. Many of the best fish I’ve caught on this craw have been on the fall which signifies its attraction to the bass. The slower fall makes the jig more lifelike and allows an area to be fished more effectively. 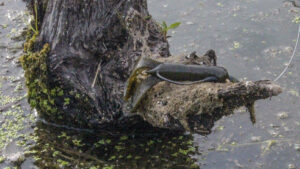 Texas rigged and punched through grass is another strength of the R-Craw. The half-moon shape of the pinchers contoured to the body allows it to slide easily through matted grass and wood without picking up debris. Combined with a 1/2-ounce weight it slides through areas that might take a 3/4-ounce weight on other baits.

I like to hop the craw when punched in topped out vegetation and have gotten bites on both the fall and when it’s sitting on the bottom. The pinchers float up in a seductive yet aggressive, defensive position.

The R-Craw comes in 4 colors. You might think that isn’t enough, but the combinations of jigs used by most anglers are covered with these four. Seems that these were thought out for all types of water and include Black, Blue Steel, Green Pumpkin and Slayer, which is a dual colored bait with brown/neon and opaque pinchers.

Whether fishing it solo or on a jig, I suggest you give these a try. 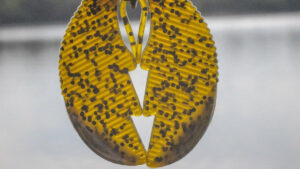