Like many of you, I’ve been bombarded with advertisements of rotomolded coolers lately. They’ve become quite popular over the last few years and outdoorsmen everywhere are buying them at an astonishing rate.

I’ve always been skeptical. I’ve spent many Saturdays on the water, in the dove fields and in the deer woods with cheap styrofoam coolers, so I’ve always wondered what the big deal is with these fancy new ice chests.

I had an opportunity to extensively test the Orion coolers in the oppressive Georgia heat this summer. It was my chance to see what the hype was all about.

First things first: Does it work? 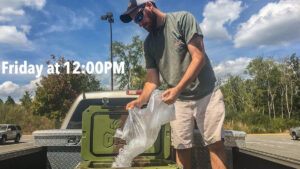 I’ve used this cooler all summer in several real world, legitimate situations. I made an effort to take it with me on the large majority of my outdoor adventures. We get some serious heat down here and I must sayâ€”the Orion cooler keeps ice incredibly well.

Before every weekend trip, I’ve put 20 pounds of ice into the cooler on Friday afternoon. Come Monday morning, it still has plenty of ice left and the remaining drinks are still cold. I’m not keeping it in the shade, either. The cooler is most often sitting in the direct sunlight in daytime temperatures well exceeding 95 degrees. 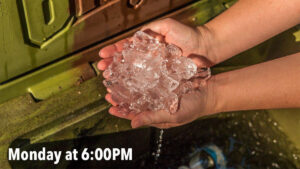 This excellent ice retention comes with a caveat, however. It’s very important to get the cooler cold before it will hold ice for a long period. I’ve never owned a rotomolded cooler before, so this process took a bit of getting used to.

If the empty cooler has been sitting outside in the heat and you dump 20 pounds into it while the interior is hot, the ice will last approximately 24 hours based on my testing. If you “prime” the warm cooler with 10 pounds of ice and then add more ice once it’s cooled down, it will certainly last for a long weekend without any problems whatsoever. 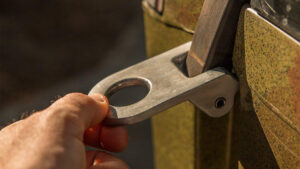 Some of my hunting and fishing buddies have rotomolded coolers and the latches leave a bit to be desired. I’ve used some that don’t stay shut and others that pinch your skin when you open and close them.

The Orion’s low-profile camming latches are perhaps the most unique and impressive feature. I really like them because they’re very easy to operate and they don’t get in the way when you’re sliding it in and out of your truck bed. It’s kind of difficult to open and close this cooler with one hand, but that’s the sacrifice of having a cooler that seals so tightly. 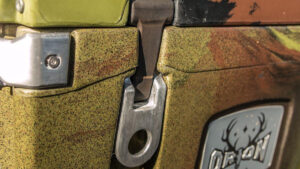 These latches keep the cooler closed, even when you’re rough on it, and you know when it’s sealed because they snap shut. There’s no sense in spending the money on a high-end cooler if you accidentally leave it cracked and lose all of your ice.

I didn’t let a pack of wild dogs attack this cooler. I didn’t shoot it with my deer rifle. I didn’t put it in any crazy situations. I simply used the heck out of it for a full summer. So here’s my evaluation on that: 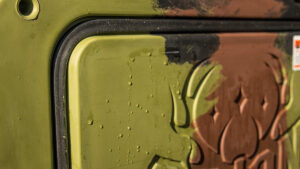 I’ve dropped this cooler a handful of times on concrete, gravel and grass. I even tossed it one time because I had a little temper tantrum. Through all of that, it has held up excellently with only a few scratches to speak of. I was a bit concerned how the latches would hold up because they seemed to be the only potential weak link, but they’ve been great.

I don’t see how any outdoorsman could break this cooler unless you put it in the middle of a dirt road and ram it with your truck.

I’m not a huge accessory guy, to be honest. But I’ve really liked some of the accessory options that come standard on the Orion cooler.

The standing pad is awesome. You can put it on the front deck of your boat and use it for sight fishing without constant fear of slipping or sliding and the pad stays cool in hot weather so you can comfortably stand on it with bare feet. It’s also comfortable to use as an impromptu chair. For those concerned with aesthetics, it’s probably the coolest-looking part of the cooler. It’s what all my buddies have commented on before anything else. 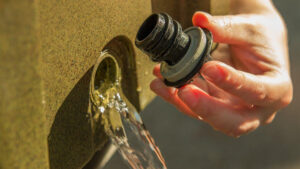 I like the drain plug; you’d be shocked by how many nice coolers don’t have ’em. It’s easy to grip with wet or dirty hands and it’s almost impossible to cross thread. I would, however, like to see some sort of lanyard attached from the drain plug to the cooler. You have to be very careful not to misplace it. 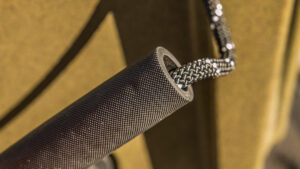 The carry handles are made from motorcycle grips, which makes it easy to transport. They look cool, too. But any model larger than the 35-quart will probably require two people to carry if it’s filled with ice, drinks and food. It would be great to see a future model with wheels, however.

I also like the camouflage colors for no other reason than they look cool. If you’re going to drop the money on a high-end cooler, why not have one that looks unique? 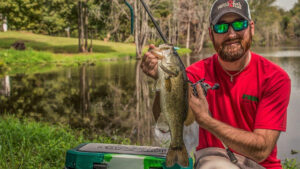 If you’re an outdoorsman who likes to go on weekend trips, whether you’re fishing or hunting, I can see this cooler getting some serious use. It’s tough, it stays shut and it comes standard with a bunch of accessories. Most importantly, however, it keeps ice for a very long time.

For more information on specs and pricing, visit OrionCoolers.com.