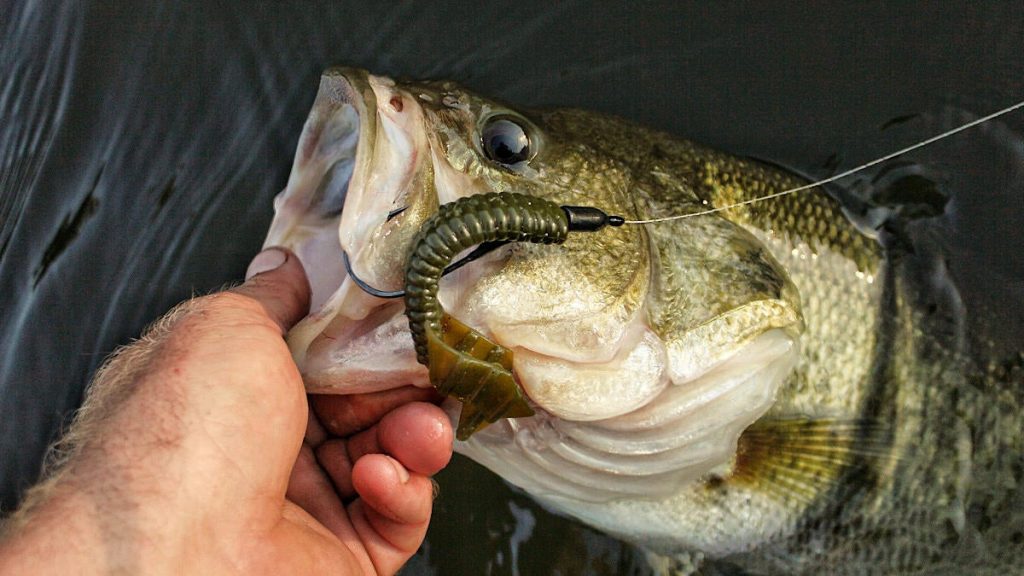 There are so many soft-plastic baits out there these days. From afar, I sat back and saw company after company dive in and develop more and more baits for years and the skeptic inside me said, “Do we really need another worm?”

But the more I’ve reviewed baits now, the more I’ve grown to appreciate the subtle differences. The more I’ve been forced to dive deep into the designs and study what makes one soft plastic different from all the others.

My latest case study is the Nichols Lures Trailblazer Double Tail Grub. When I first saw it, I’ll admit that I questioned whether or not we needed another craw. But after spending some time with it, I believe we did. Here’s why. 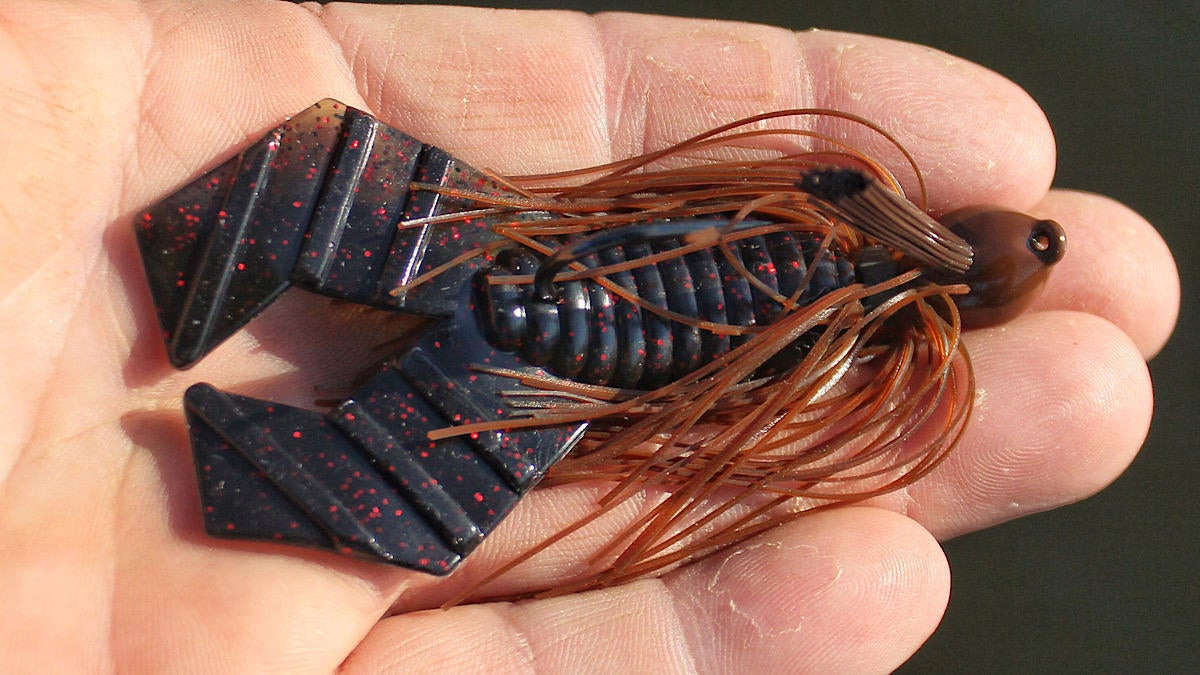 The Nichols Trailblazer Double Tail Grub doesn’t have a lot of action. It’s not like some of the other big craws with wildly flapping appendages. Instead, the two claws on the Trailblazer stay pretty rigidly in their original position with just a slight quiver as the bait swims through the water. But that rigidity actually makes the bait do something unique.

Whether I was first fishing the Trailblazer on a Texas rig or as a jig trailer, when I would kill the bait I noticed something different. Instead of the claws tucking and the bait dropping like a rock vertically, the claws would stay outstretched and the bait would glide forward on a slower fall. Think of throwing a paper airplane and how it glides as it falls more horizontally to the ground.

This characteristic makes the Trailblazer a bit different and therefore worthy of its name, though I’m not sure if that was Nichol’s intent in naming this trendsetter the Trailblazer. Still, a bait like this works extremely well on anything you want to keep high in the water column. Say you’re fishing a ChatterBait or swim jig over submerged hydrilla with only a foot between the surface and the vegetation, using the Trailblazer as a trailer will help the bait rise up better than if you were using a swimbait trailer or no trailer at all.

The same concept makes the Trailblazer a great trailer for a buzzbait. Want to fish a buzzbait as slow as possible? The resistance and lift gained by adding the Trailblazer as a trailer will help you slow the bait down while still keeping it on the surface. 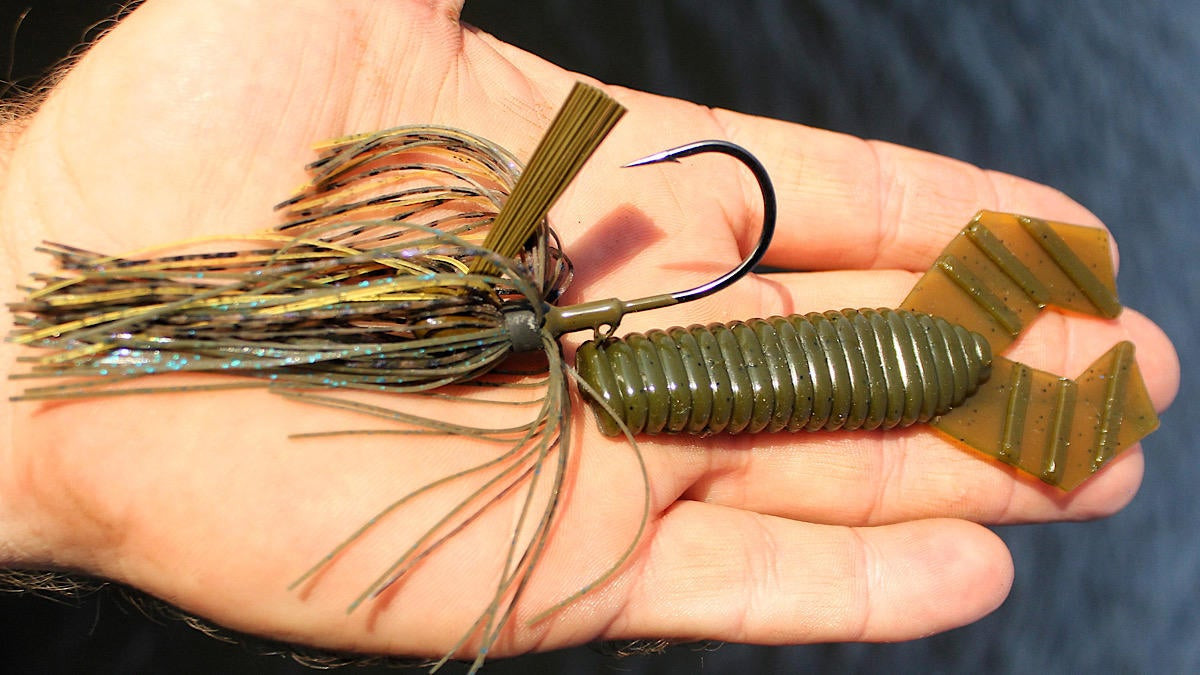 The Trailblazer also satisfies a simple design desire of mine when it comes to any bait I plan to use as a trailer with its horizontal lines. Being able to quickly put my jig alongside the Trailblazer and know exactly how far I need to run the hook through the plastic ensures that my trailer will be nice and straight and not bunched up or stretched out.

Just count up or down the ribs on the Trailblazer and you’ll be able to figure out exactly where your hook point needs to exit the soft plastic before you ever even insert the hook. Another benefit to the horizontal lines on the bait, you can commit to memory how much of the bait to cut off each time to turn the full-size Trailblazer into a chunk-style trailer.

The Trailblazer only comes in a full-sized 4-inch version currently. But you can quickly and easily cut the bait down to chunk size if you want to use it on a smaller jig. Say I’m going to throw it on a 3/4-ounce football jig, I’ll run the whole thing up on there. But if I need a trailer for 3/8-ounce skipping or casting jig, I’d prefer a chunk. So I just gauge how much of the bait I want to cut off based on its vertical lines and then I have a nice, clean chunk. 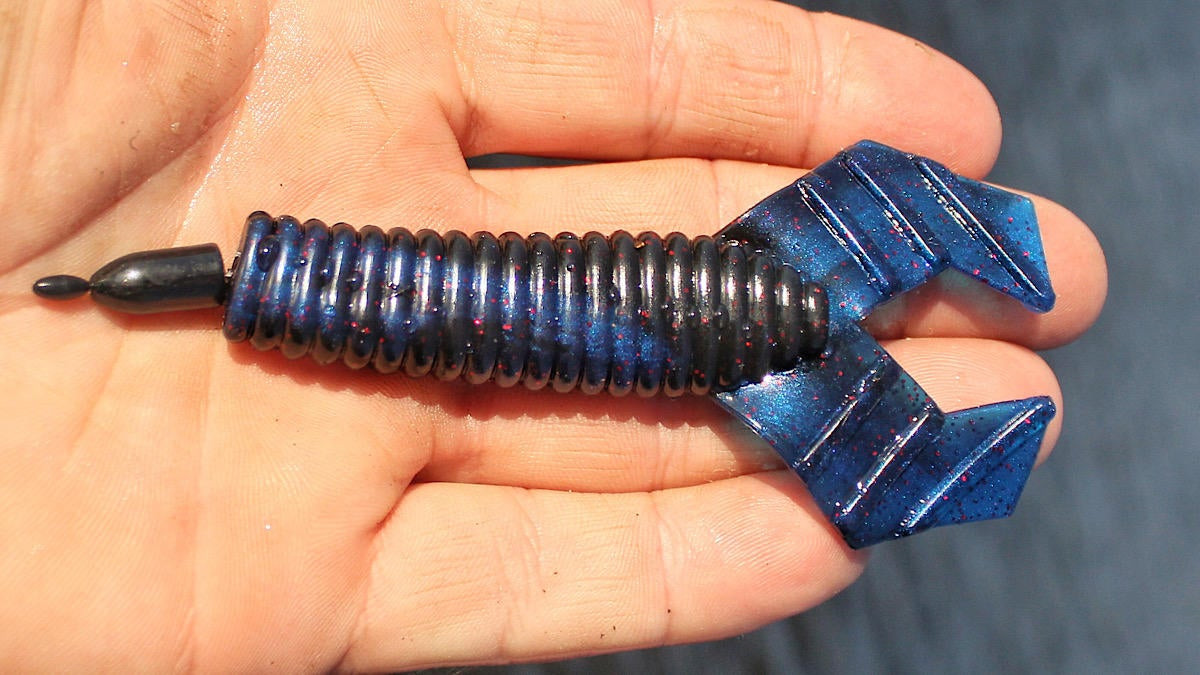 The Trailblazer is a tougher than a lot of other soft plastics, which is a good thing as a trailer but something you should also keep in mind when rigging the bait weedless. As a trailer, a tougher bait means a longer lasting bait. While using the Trailblazer as a trailer, I’ve had several short strikes with this bait where my swing and a miss would have resulted in a lost claw or two with other baits. The tougher plastic holds up longer through multiple fish catches, short strikes and errant casts in the bushes.

But when fishing the bait on a rig where the hook isn’t exposed, the tougher plastic is harder for the hook to tear through. I use this bait 95% of the time as either a trailer or Texas-rigged on braided line for flipping, pithing or swimming through vegetation, so the toughness of the bait is more of an asset than a liability for me and will be for most anglers in most situations. But it’s worth noting, that if you are fishing the bait on something like a light Texas rig with fluorocarbon or even monofilament for some reason, you just need to make sure the hook point is very close to coming through the bait or even push it all the way through the bait and skin hook it to make it weedless. 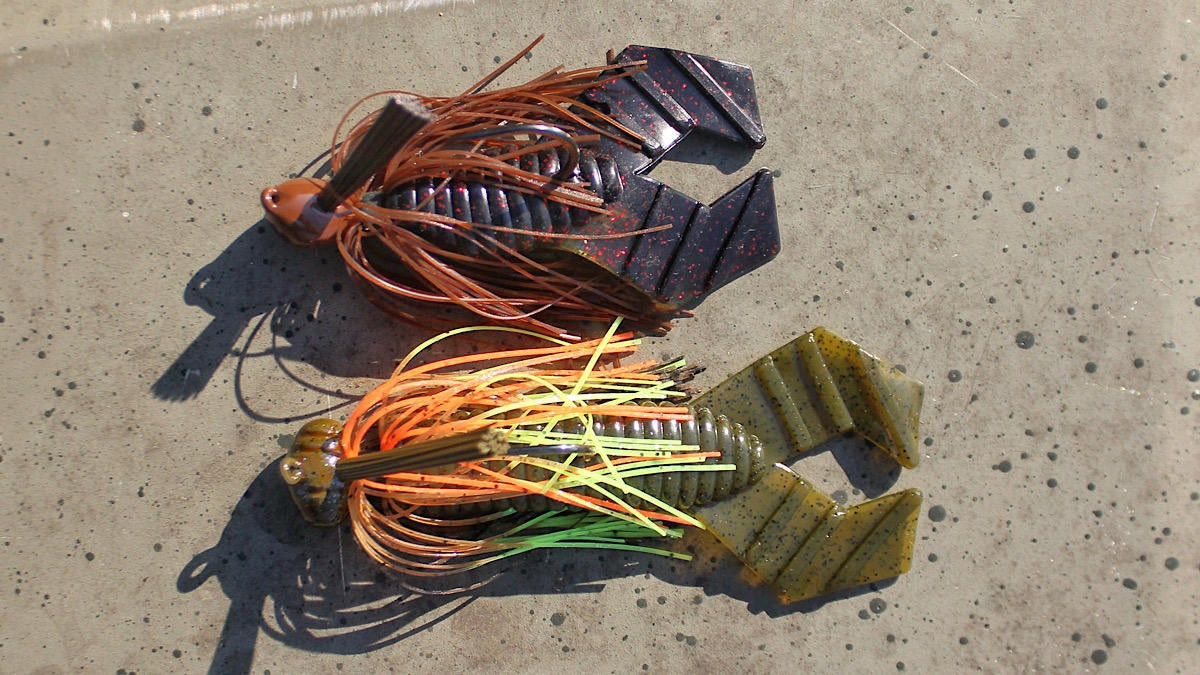 The Trailblazer is just unique enough to be added to the arsenal. The bait’s abilities to create lift and glide through the water make it different and something that can alter the action of anything you decide to trail it with. Add to that the versatility of the bait and you have an excellent combination for a soft plastic.

If I’m going to buy a soft-plastic bait these days, I want to be able to do a lot with it. I have a lot of different baits already that I like for a bunch of specific jobs. But when I can throw a few packs of a particular soft plastic in the pond boat or my co-angler bag and know that I’m capable of doing a lot of different things with it, I like that. That’s the void the Trailblazer fills while also having its star role as a bait that creates that lift and gliding fall.

You can find the Nichols Trailblazer Double Tail Grub here.