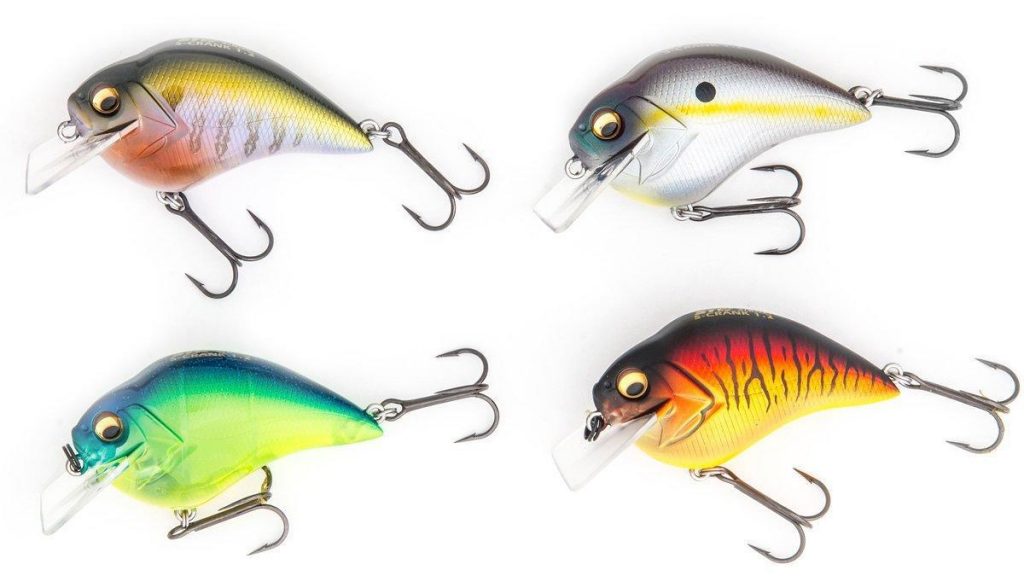 Shallow bass fishing crankbaits have become more popular than ever in recent years it seems. You hear terms like square bill, hunting, precise casting, bumping cover when anglers discuss shallow cranks. That’s a lot to roll into a bait that often is shorter than 2 inches. So I’m always on the lookout for another fun shallow water “toy.”

This spring, I’ve sampled several of the new Megabass S Cranks. This crankbait can do a lot of things, but I found it plain ol’ fun to fish. Anglers will want to consider the following aspects of this new shallow bass fishing crankbait: 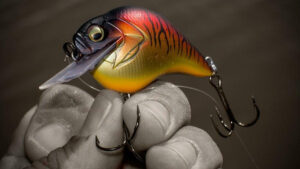 Just as simple as the name sounds, the S Crank gets its name for its almost S shaped swimming action. Basically it was made to hunt to one side and then return back to center and then hunt the other direction. This action has proven to be very good at catching bass. The Wiggle Wart originally started the catch phrase “hunting action”. But that was random.

This is hunting that has more precision to it. The S pattern gives the Megabass S Crank a much wider appeal and larger swath through an area. So you effectively are covering more water with every cast. It also has a more natural action.

To explain that, you’d have to see some underwater footage of shad fleeing when fish are pursuing them over a flat or changing terrain. The baitfish will track back and forth hunting left and right trying to avoid capture. On a lake with current, anglers often speed reel their crankbaits to give them crazy erratic fleeing actions to trigger schools of bass to bite.

So this S pattern action on this crankbait can serve two purposes for bass anglers, hunting and fleeing baitfish. 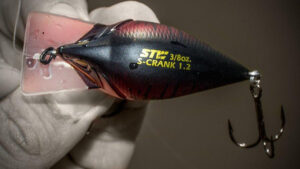 Unlike many square bills on the market, the S Crank is not made as a copy of other proven shallow crankbaits. It’s a unique design and even the line tie is unique. By adding a split ring to the nose of the bait, you can give it a much wider and more erratic action. If you tie direct to the nose without a split ring, the s-pattern is narrower and more controlled. That can be handy when fishing through cover.

It comes with great finishes, quality split rings, sharp stock hooks and the bill is durable. And it’s very buoyant and backs off obstructions really well. It’s pretty rare to have a hunting crankbait that also will bounce off of cover well without getting hung all the time.

The bait comes in 2 sizes. The 1.2 dives to 4 feet, and the 1.5 dives to 5 feet. Both cast easily on long bombing casts and short roll casts as well. 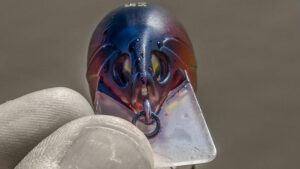 So I’ve fished the S Crank in several situations. I really liked fishing it on rocky banks and points in the prespawn. But I also see where it will be good as the bass get on shallow flats and points in the post spawn and summer. It will also be effective for bass back in the bays that feed on small shad fry in the early summer and again when fish are schooling in the fall. So I feel this crankbait has a lot going for it. While I fished it on riprap and caught some nice bass with the line tied direct to the nose, I also opted for the split-ring-less configuration for fishing around stumps and laydowns with some good success as well in dingy water.

I liked the split ring when I was fishing flats and points. And I could get it to swim well even at a pretty fast clip. I really feel like this crankbait will be a strong player on clear natural lakes up north and I plan to test that in the coming weeks in Minnesota on our shoots up there. I’ll addendum this review once I’ve had a chance to expand my testing of the crankbait up there. But I already know it will do work. 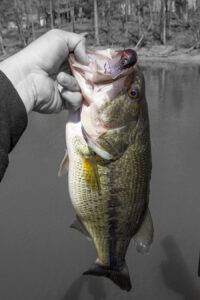 The S Crank is just the first in a new line of baits under the STW Project for Megabass. The STW stands for Support to Win and is geared towards creating fishing lures that will specifically help Megabass anglers win tournaments on their creations. Utilizing the expertise of several pro staff anglers and Megabass engineers, they will build lures suited to specific applications faced by tournament bass fishermen.

You can find the new S Crank in 10 colors on tacklewarehouse.com and other retailers that carry Megabass crankbaits.

Check out Megabass’s video of the bait here: