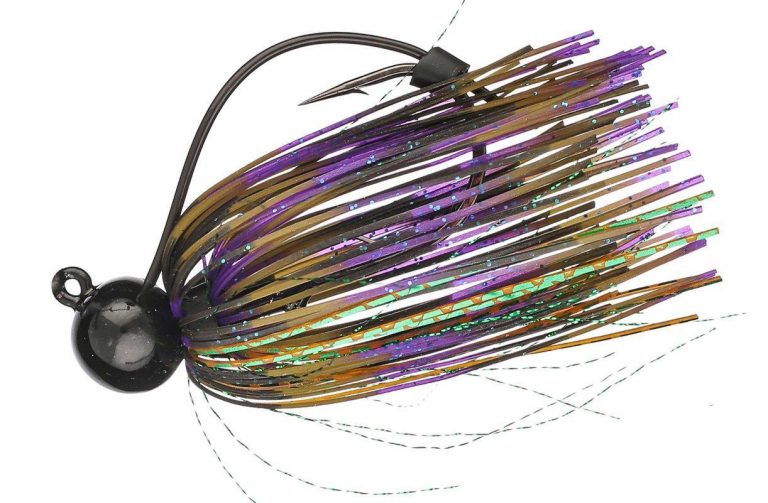 The skirted jig has been around for decades, and the weed guard typically consists of 18 to 20 strands of fiber that protect the point from cover but allow for easy hooking when a fish bites. Until recently that weed guard on just about every jig had been the same.

Mark Pack at M-Pack Lures changed all of that with his single strand fluorocarbon weed guard called the Structure Guard. Although I was very skeptical in the beginning, after using both the football and flipping style jigs, I have found he was right with this type of weed guard. I tried my best to get it hung up and without question or fear of losing my integrity they just don’t hang up. Even fished in heavy cover it remains snag-less and I have not only been impressed with its effectiveness but also the balance and action seems to be better than conventional styles too. 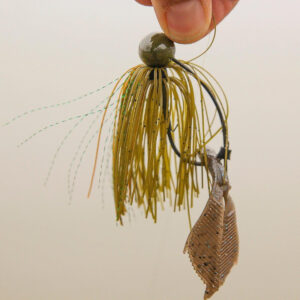 Initially I fished the M-Pack Lures Flippin’ Jig and found it to be virtually snag free in wood, rock and even grass. It not only was effective as a drop bait but found it was equally effective hopped and swam near the end of laydowns.

As new products emerged, it gave me a chance to try them for effectiveness too. I love to fish a football heads, especially in the summer and fall, so the M-Pack Lures Football jig was the next jig I had to try. Again the skeptic, I wasn’t sure if it would be as snagless as other jigs I have used, but the confidence I found with the flipping jig gave me a good idea it would.

The football head by design is not as effective in brush as it is in rock, but I found the MPACK Football head fished surprisingly well in a mix of both wood and rock. 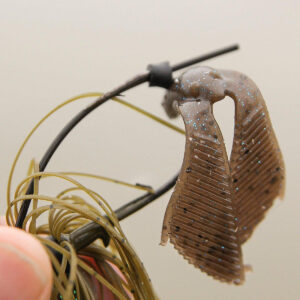 The single strand weed guard has another advantage I didn’t expect. The fish stay pinned better as a result of the weed guard sliding to the side and pushing against the hook point. The fish doesn’t get leverage and the hook doesn’t cut a big hole as a result.

The line tie is positioned on the top of the jig and runs perpendicular to the weed guard for a great direct line of pull for better hook sets. The large round-bend Mustad hook ensures good hooksets. The double barb keeper system holds trailers locked onto the shank of the hook making for a solid jig in all facets.

Most of us find a comfort zone with products we use a lot, and that sometimes means we fall into a rut. Tried and true can be improved, and the new Structure Guard single strand weed guard proves that. The oval properties of the single strand deflects well off brush piles, rocks and pads equally well and the hook-ups are solid and true. Most positioned in the roof of the fishes mouth. The weed guard never gets in the way since the Structure Guard rolls 180 degrees on a hookset. The weed guard applies back pressure to the hook point and will not allow the fish to cut a hole as easily when fighting. 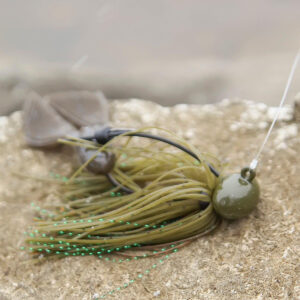 Old dogs are sometimes hard to teach new tricks and sometimes get in a rut. Tried and true sometimes can get in the way of experimentation and that can lead to less fish. I am an old dog but love new techniques and baits.  Some of my best days are days when I am looking at new areas or trying a new technique. The same is true with baits.

Other baits in the M-Pack line-up includes their swim jig, spoons and umbrella rig heads. You can find most of their products online at tacklewarehouse.com and other local retailers that carry the M-PACK brand. 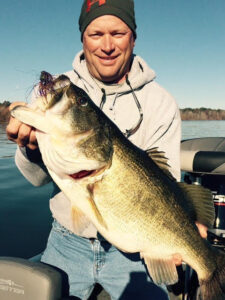