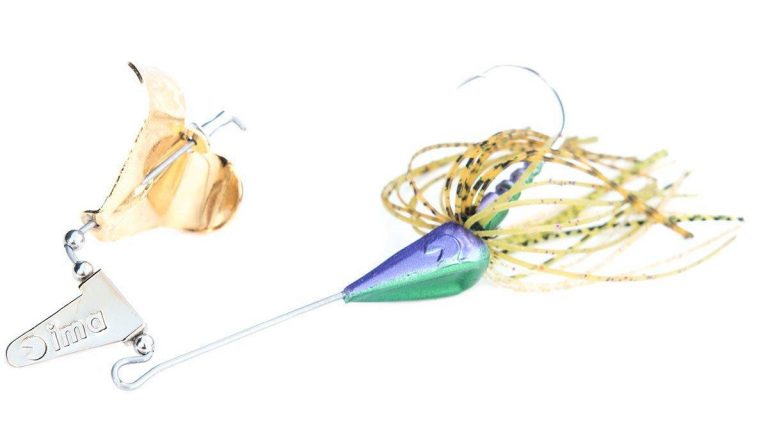 As the water temperatures continue to warm, buzzbaits will begin to produce some great bass fishing action throughout the country. For whatever reason, however, it seems as if not many anglers talk about buzzbaits like they used to. The sexy choice for topwater fishing these days is the hollow-bodied frog, but rememberâ€”when the buzzbait was first introduced to the tournament scene years ago, there were anglers fighting to ban it due to the â€œunfairâ€ advantage it gave competitors.

Iâ€™ve been tinkering with a lot of different buzzbaits lately and one that continues to stand out is the Ima Little Voice. Itâ€™s name doesnâ€™t leave much to the imagination; itâ€™s a small, 1/4-ounce lure, but itâ€™s been a powerful weapon for me when the bass fishing turns sour.

There are a few things I believe you should know about this lure.

Itâ€™s small, but it creates commotion

Iâ€™ve always been a big fan of smaller buzzbaits, to be honest. I fish a lot of lakes with fairly small shad, so itâ€™s hard to fool an old, wary largemouth when you put a hand-sized buzzbait in front of their nose. They know itâ€™s not natural. But despite itâ€™s diminutive profile, the Ima Little Voice Buzzbait has produced some big bass for me recently.

Thereâ€™s a common problem I run into when choosing small, 1/4-ounce buzzbaitsâ€”theyâ€™re just not loud enough. Many of them offer no more surface disturbance than a small, soft plastic toad. I like a buzzbait that squeaks, chirps and clacks. Iâ€™m not a big believer that a bass eats a buzzbait because it looks as sounds like a meal. Instead, I think they eat â€˜em because theyâ€™re ticked off at the obnoxious noise and profile.

Although the Little Voice is small, it creates a very distinctive commotion on the waterâ€™s surface. It features a clacker right below the blade, whichâ€”as the name impliesâ€”makes a pretty loud â€œclackingâ€ sound for a buzzbait of this size.

This buzzbait has also proven to be quite hearty. Itâ€™s not uncommon for a bass to crunch down on the blade of a buzzbait, and while itâ€™s great to know theyâ€™re so aggressive, the excitement goes away when youâ€™re trying to re-form the blade with your hands and a pair of pliers. Iâ€™ve used a lot of buzzbaits that are totally trashed after a few overly zealous bass got ahold of â€˜em.

With that being said, the blade of the Little Voice is impressively stout. You can even try to bend it with your bare hands and itâ€™s not going to lose its shape. The clacker is a bit more flexible, but not enough to raise any major red flags throughout my testing. 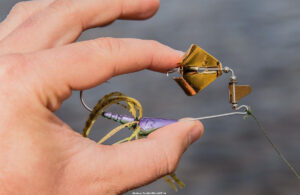 Iâ€™ve heard a lot of PG-13 language come from the mouths of anglers when their buzzbaits wonâ€™t run straight. It happens all the time, and Iâ€™ll admitâ€”itâ€™s maddening, to say the least. You canâ€™t bend and twist some buzzbaits every way imaginable and no matter what you try, theyâ€™ll still veer to the left or right when you fish â€˜em. Sure, bass will still eat â€˜em, but it makes it very difficult to precisely dissect cover when your lure wonâ€™t run where it needs to.

Thankfully, the Little Voice runs straight as an arrow. Itâ€™s important to note that I only own two of these buzzbaits, but each one performed flawlessly from the minute I removed it from the packaging. Furthermore, it will continue to run straight after numerous fish catches as well.

While the wire of this buzzbait will slightly lose its shape after a few fish catches, itâ€™s nothing to be alarmed about. Iâ€™ve never used a buzzbait that didnâ€™t require tinkering after a huge blowup, but some are easier than others. The Ima Little Voice has been very quick and easy to reshape. On average, it takes me about 5 to 10 seconds. 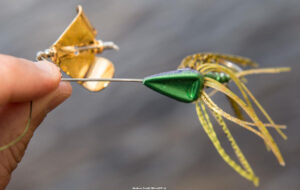 Iâ€™ll occasionally get on a solid pattern by burning a buzzbait, but most of my best days have occured when Iâ€™ve been slow rolling it near grass lines and seawalls. So when Iâ€™m choosing a buzzbait, I look for a design that facilitates a slow, deliberate retrieve without sinking like a rock.

The Little Voice has a pretty unique, triangular head shape that helps it get on top of the water quickly and stay at the surface at slow speeds. When youâ€™re fishing for shallow, spooky bass, poorly designed buzzbaits can ruin an area in a hurry. Theyâ€™ll sound like a cannonball when they splash, sink to the bottom and run subsurface for several feet before finding their sea legs. Thatâ€™s no good in my opinion.

This one, however, is very discreet when it hits the water and within a single turn of your reel handle, it will come to the surface and begin clacking, chirping and squeaking its way back to your boat.

A lot of anglers prefer to thread a small soft plastic on the back of their buzzbaits but thereâ€™s one problemâ€”itâ€™s not very easy to find buzzbaits with a bait keeper. Iâ€™ve heard this sentiment echoed by hundreds of anglers over the years.

Iâ€™ve been very impressed with the molded bait keeper of the Ima Little Voice. It holds a bait in-place with no slipping, which allows you to make some pretty sweet skip casts underneath docks and overhangs. I donâ€™t use a trailer too often, but I thought this little feature was well worth mentioning given the popularity of this technique.

Whether you fish big lakes or farm ponds, this is a very worthy buzzbait. Itâ€™s well made and catches the fool out of fish. But at $11.49, its price point is a little high. I will say, however, if youâ€™re going to pay that amount for a buzzbait, I certainly think the Little Voice is well worth careful consideration.

The Ima Little Voice Buzzbait is available at TackleWarehouse.com.