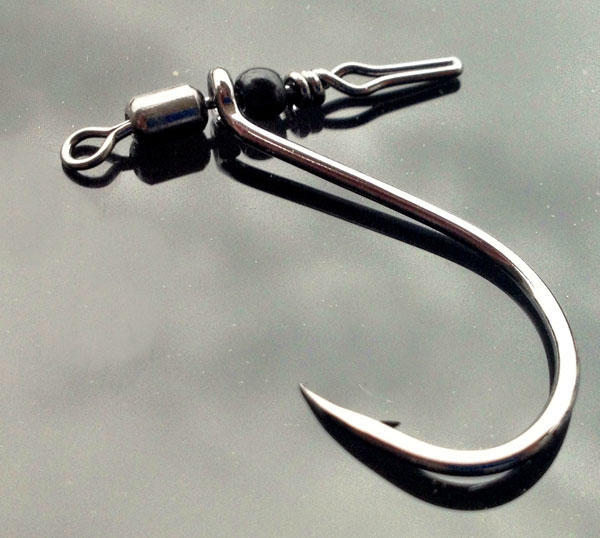 Drop shotting is one of the best techniques to catch finicky largemouth and big smallmouth, but most anglers either love or hate the techniqueâ€”there’s not much middle ground. Gamakatsu provided us with a couple of Swivel Shots to review and I’ve been able to put them to the test throughout the last few weeks. After using them and catching some chunky largemouth on them, 5 things really impressed me.

Many anglers look to avoid drop shotting for one particular reasonâ€”they’re a pain in the butt to rig. Since getting my hands on Gamakatsu Swivel Shots, my entire approach and mindset toward drop shotting has changed.

Simply tie a basic Palomar knot to the top of the Swivel Shot, cut a piece of line for your leader, insert it into the “Easy Change” weight system below the hook and you’re ready to rock and roll. I’m definitely not the best drop shot fisherman in the world, but this rig easily cuts my rigging time in half.

Don’t be afraid to get hung up

I’ve found myself fishing the Swivel Shot around much thicker cover than I would usually fish a traditional drop shot. To put it plainly, I’m not so paranoid about getting hung up and having to retie the entire rig. If your weight gets hung in some rocks or a brush pile, just break it offâ€”it’s no big deal. Just throw on another leader and weight and keep fishing. 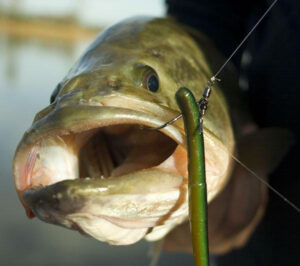 Remember having to let your yoyo string untwist as a kid? It always seemed like it would spin forever but would still hinder your innate yoyo prowess. The same thing happens to a drop shot rigâ€”if a fish gets ahold of it, chances are you’ll be fighting line twist for the rest of the day. It’s frustrating and I don’t like to deal with it.

The Gamakatsu Swivel Shot allows the hook to spin freely without ever affecting your line. Whether you’re fishing in heavy wind or current, your line will remain straight and unkinked for the entire day.

I was a little skeptical of this rig initially. I could just imagine it bending or breaking in the middle of a fight with a big bass. Thankfully, Gamakatsu proved me wrongâ€”very wrong.

The Swivel Shot is tough and can handle pretty much everything you throw at it. I love fishing heavy cover and I’ve pulled some nice bass from some really nasty places with it. After weeks of using it, I’m still using the one I originally tied on. The hook has stayed sharp and all components continue to perform flawlessly.

Gamakatsu is known for making some seriously sharp fishing hooks and the Swivel Shot is outfitted with an extremely sharp Offset Point Octopus hook. The bass in my home lake have been very lethargic lately and I’ve had no problem at all catching them. Even when they short-strike, I’ve been getting solid hookups right in the roof of their mouths. I can honestly say that I haven’t lost a single fish on this rig.

If you’re a big drop shot angler, give the Gamakatsu Swivel Shot a try. Priced at $5.99 per 3-pack, they’re a bit pricey, but I believe you’ll overlook the price point when you experience their practicality.

The Gamakatsu Swivel Shot is available at TackleWarehouse.com.