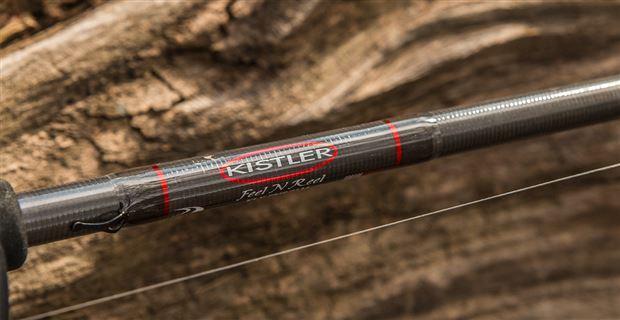 I’ll be totally straightforward: I’ve had my eye on this rod ever since I heard about it at ICAST 2016. I’m a big-time crankbait fishermanâ€”I prefer to crank over any other technique. I’ve done extensive research, field testing and product development throughout my career on every modern-day cranking component including lure shapes, lip angles, hooks, reels, line and especially rods.

After several months testing this rod in a myriad of different situations, I can comfortably say that it’s one of the best crankbait fishing rods I’ve ever used.

Here are my full thoughts on it. 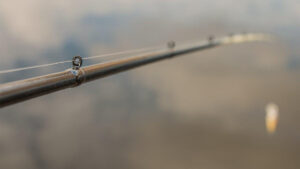 The Kistler KLX Reel N Feel Series was designed to combine the most attractive elements of both graphite and fiberglass in order to give anglers an outstanding rod for moving lures such as crankbaits and jerkbaits. It fuses S2 hybrid blank material and T800 high-modulus graphite to accomplish two very important things: weightlessness and a soft power.

It features high-end components throughout, including zero-tangle guides, Fuji reel seats and cork grips. The blank itself weighs less than 3 ounces and is available in 11 models that cover every application you can imagine. I have been testing the 7-foot, 1-inch model for shallow-running crankbaits and flat-sided balsa wood plugs.

This rod is certainly aimed at the cranking enthusiast and is priced starting at $249. It’s a pretty penny to pay for a fishing rod, but if you’re an avid cranker who heavily relies on crankbaits throughout the year, it’s a worthy investment. This next section will explain why I say that. 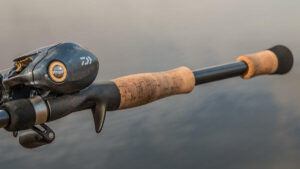 I think much of the rod industry has fallen behind or remained stagnant in regards to crankbait fishing. Think of the other advancements we’ve seen lately: Super-sharp hooks, high-speed reels and fluorocarbons with incredibly low stretch rates. Many of these new developments can and will hurt your cranking success if you’re not using an appropriately designed rod.

Crankbait fishermen need a soft-powered rodâ€”I’ve always been a major believer in this. When people pick through my cranking rods, they’re often skeptical of how flimsy they are. This is an essential characteristic for me because there needs to be a short, split-second delay between the strike and your hookset. High-speed reels and low-stretch lines have a tendency to pull the lure away from the fish before the hooks penetrate which, of course, result in lots of missed opportunities. Essentially, the rod needs to act as a shock absorber. 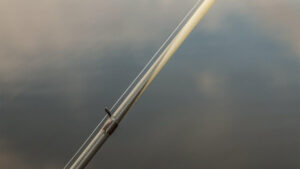 The Kistler KLX Reel N Feel Series has thoroughly impressed me for these very reasons. The graphite makes it lightweight and extremely ergonomic, but the fiberglass provides that important shock absorption during the initial strike and the ensuing fight.

I made a point to test this rod with very lightweight lures such as balsa wood crankbaits. The soft tip allows for surprisingly long and accurate casts, as the rod loads excellently on the back cast. With very little effort, I can make both long and short casts whether I’m fishing open water or particular pieces of isolated cover. 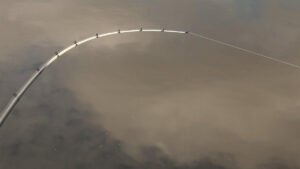 Throughout the retrieve, the Kistler KLX Reel N Feel Series rod allows me toâ€”as the name impliesâ€”feel every move my crankbait makes. I can easily determine the difference in cover type and detect bottom transitions. There’s also a nice bend in the rod, even with lightweight lures, which helps you handle the abrupt shock of aggressive bites. Even if you’re not fully concentrating, the soft tip basically allows the fish to hook themselves.

If you’ve never used a similar rod before, it may take you a bit to learn exactly what a bite feels like. It’s not going to feel like a thump, bump or tickâ€”most of your bites will simply feel like an increase in weight until you lean back to set the hook. That’s when you’ll feel the headshake.

Your first few hooksets may be false alarms, but you’ll quickly get the hang of it. When you do, I truly believe you’ll become spoiled. 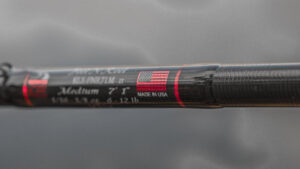 This soft tip gives you a very short delay on your hookset, which is exactly what it’s designed to do. The fish usually hook themselves when they make their first move after the initial strike. I have caught dozens of fish throughout my testing and I have not lost a single fish thus farâ€”that’s hard to say when you’re talking crankbaits.

It’s important to note that this rod isn’t a wimp-stick, either. The soft action of the fiberglass transfers nicely to a powerful graphite backbone which has allowed me to put the heat to fish when they’re around particularly thick cover. I have yet to feel the least bit overpowered when using this rod.

If you can dish the extra cash, this rod is an incredibly strong addition to your crankbait fishing setup. You’ll be able to cast all types of crankbaits with ease, enjoy an excellent hookup ratio and handle big fish without a problem. Look for this rod in my upcoming VLOGS, as I will be using it quite often this year.