While the deep diving crankbait bite is usually short lived on most lakes, it can be a matter of showing the fish something different, even sneaky at times. So I constantly experiment with all the deep crankbaits on the market. Iâ€™ve seen days where one school of fish only reacted to one crankbait, and the next school of fish wouldnâ€™t touch it. But they beat the paint off another crank.

In my experiments this year, I stumbled onto a couple more cranks that I like for changing things up. One of those is the new DUO Realis G87 20A. These Japanese designed crank was engineered to get to depths beyond 20 feet in a hurry and stay there throughout a long cast. And maybe the most significant part of the bait is how far it can be cast.

The DUO Realis G87 20A has a weigh transfer system but itâ€™s also designed slender and casts like a dart. I was able to launch the crank to extreme lengths which gave me a deeper diving depth for longer on each cast. That seemed to matter on some of the schools I found down past 20 feet of water. I could run it in the strike zone for most of the cast and put it in front of more fish on every cast.

The bait pulls hard. It has cut outs in the lip to let water escape and cut down on the torque, but Iâ€™ve found it fished better on a lower gear-ratio reel like 5.4:1. I throw it on a longer 7 1/2-foot MH crankbait rod to get maximum distance on my casts. I like to leave a good length of line out from the rod tip to load the lure to get a good launch. The G87 20A weighs 1 1/4 ounces so you need a bit of backbone to throw it.

The bait runs with a pronounced wiggle, with a bit of low density knocking. Again a different action and different sound the bass are not accustomed to. My very first cast with the crankbait this summer yielded a heft bass. I went on to catch a bunch out of several schools that day ranging from 2-5 pounds. Since then, Iâ€™ve had it in my regular rotation for deep diving crankbaits.

This crankbait can give you 20 yards on many of the other cranks on the market on a cast. That can be all the difference sometimes on getting bites. It gets into the strike zone fast and stays down on a slower retrieve. Two other keys I found that make the crankbait unique. 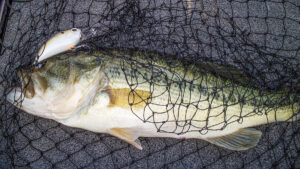 Iâ€™ve thrown the American Shad, Bone, Hazzard Chart and Chartreuse Blue the most this season. I think the Komochi Shad will be good as well as the Prism Gill at times. And the crawfish colors seem to be sold out a lot which I find interesting.

You can find the DUO Realis G87 20A online at TackleWarehouse.com and at retailers carrying DUO Realis lures. 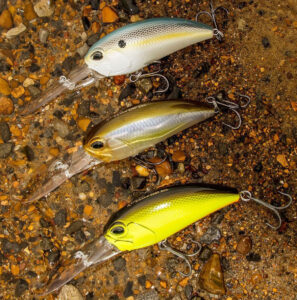 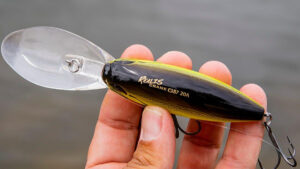 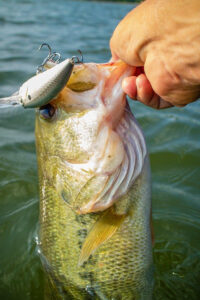