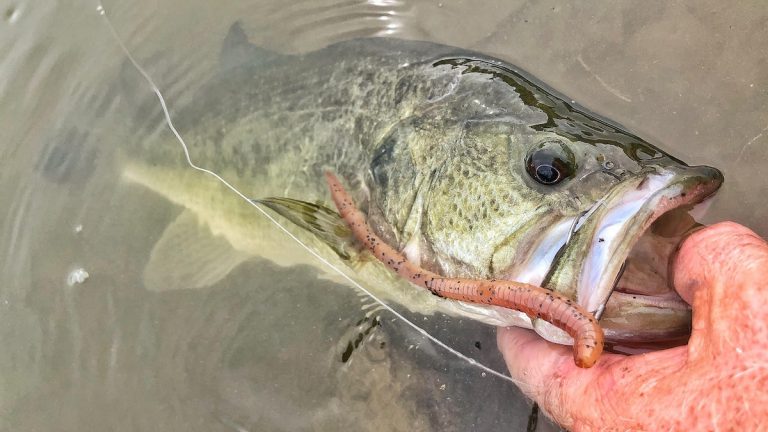 When it comes to bass fishing, a floating worm is one of the most popular and versatile baits of all time. Having been around about as long as any other artificial bait out there, these worms haven’t evolved all that much over the years. Instead, there are subtle differences from brand to brand that set them apart.

So today we’re going to look at one of the latest floating worms out there; the Culprit T-Rex Worm. We’ll offer up our thoughts on Culprit’s take of an old classic. 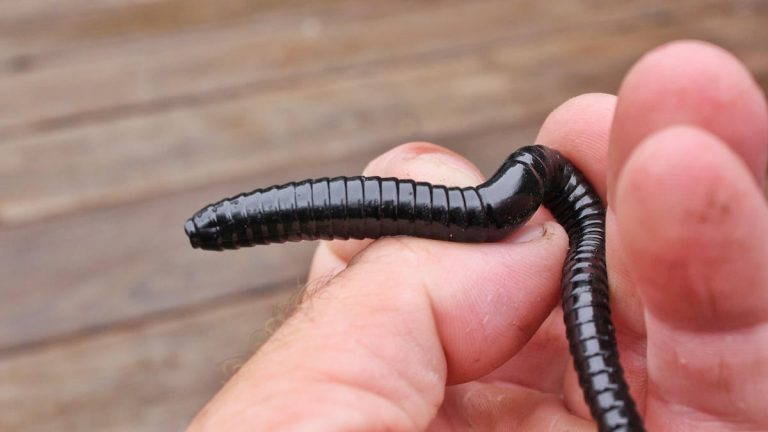 The first thing I noticed about the Culprit T-Rex Worm was its rounded body. Most floating works have a flat side to them; I’ve never really stopped to consider why that is, though. So after doing some pondering, I assume it has something to do with how the bait would glide through the water if it’s rigged weedless and weightless. On most floating worms, it’s common practice to rig the baits with the flat side down, making it the belly of the bait.

The T-Rex has a rounded body but still works well as a weightless floating worm fished along the surface. So I’m not all that sure the flat belly that most floating worms have is all that necessary. It may just be one of those deals where one of the earliest versions of this style bait, the Zoom Trick Worm, had a flat belly and so most of the companies that came along with one afterwards simply followed the trendsetter. 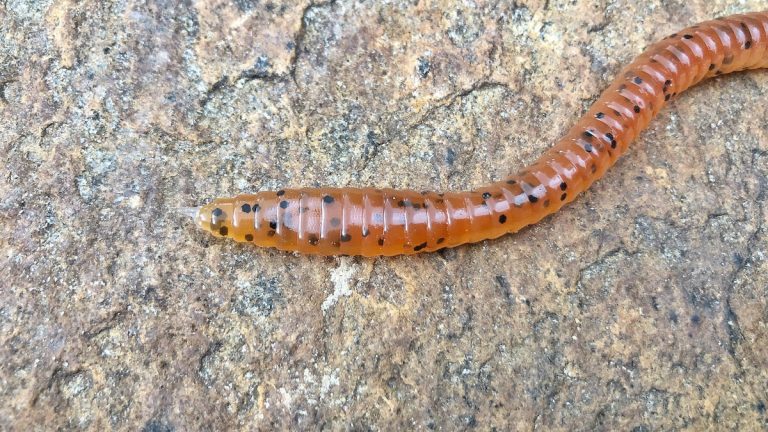 The only part of the bait that does flatten out a bit is the tail. The tail of the Culprit T-Rex Worm has a nice little kick to it as you work the bait. Since the body is rounded and the bait doesn’t really have a belly, I rigged the tail where the flat part would lay flat if you were to try to visualize the bait laying on the bottom.

This is the way I’d suggest rigging the worm and it seems as though that was Culprit’s desired intent since some of their colors are two-tone and this orientation puts one color on top of the other; that’s the way most two-tone worms are oriented. Again though, I’m not sure how important that is and how much of it is just the way I’ve always rigged a worm.

The tail is also pointed, reminding me of the old Darter worm. This isn’t necessarily unique to this particular floating worm but it is similar to the type of tail I like on some other floating worms. The flattened out, pointed tail seems to have a little different kick to it than some of the other thicker or thinner pointed tails. Those worms work too but for fishing as a floating worming in the spring, there is something about the lazy and slow kick of a tail like this that works really well on spawners. 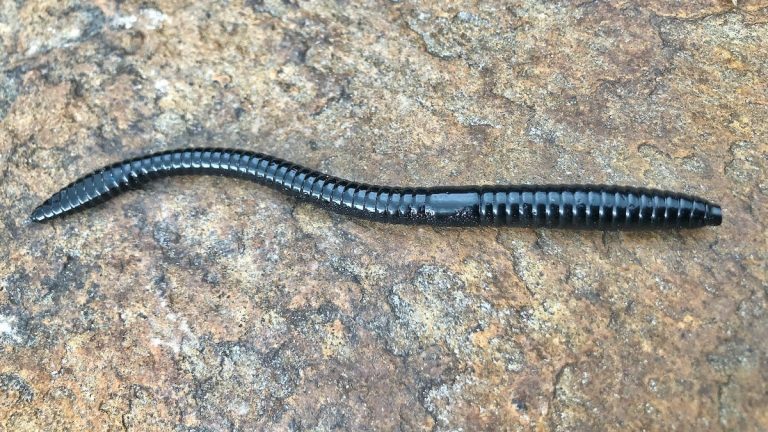 The whole body of the T-Rex Worm is ribbed also. The ribs on this worm are kind of conical, meaning they look like cones stacked on top of one another… like a stack of traffic cones or Dixie cups. The ribs start at the nose of the bait and then rise and fall as you make your way towards the tail of the worm.

These ribs may also be responsible for the way the bait shimmies on the fall, instead of the round body like I asserted in the beginning of this review. Or perhaps it’s a combination of both. It’s hard to say for sure unless you were involved in the product development of a lure like this where you would have been able to see how different variations of the bait fell through the water. Regardless, the action of this worm rigged weightless is pretty nasty-a good, tight shimmy that would probably prove a little too enticing for any onlooking bass to resist. But weightless isn’t the only way to rig it. 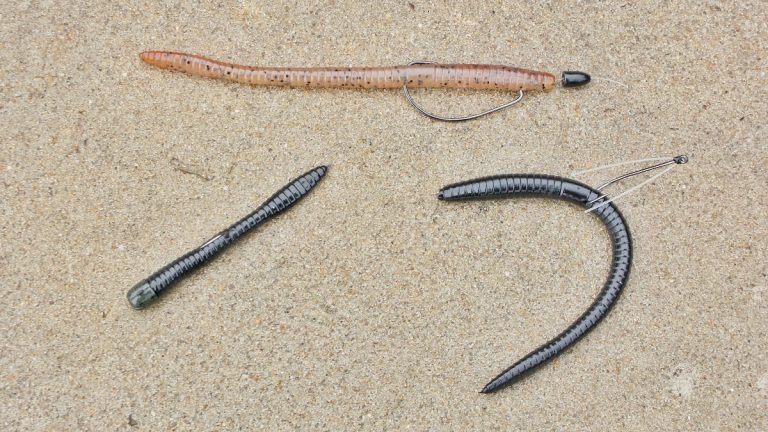 As I stated at the onset, a floating worm is one of the most versatile baits out there. So you can rig the T-Rex Worm on a Carolina rig and drag it in 20 feet of water or skip it under a dock on a wacky rig and let it slowly sink a foot every 10 seconds. It’s a great bait for a shaky head, light Texas rig, Neko rig and floating worm. You really have a lot of options with this lure.

The tail-end of the bait can even be used on a Ned Rig if you like. The bait is fairly durable but once you have caught a few fish on it and torn the nose and mid-section up a bit, you have the option to cut all that off and slip the back end up on a Ned head. The rounded body and flattened tail make the leftovers of the T-Rex a good option for this style of fishing.

All in all, the 6-inch T-Rex is a good floating worm; it’s as versatile as any other. It’s made of a fairly durable soft-plastic material without it being too tough. Some tougher worms have little action and can be difficult to set the hook through. The T-Rex performs well in both these areas. At $4.99 for a 10-pack, the price point isn’t outrageous by any means. And some of the two-tone color choices are pretty nice. On top of all that, the action on the fall makes this a pretty sweet worm and one I would consider buying, especially if I were looking for a worm to fish weightless.

The Culprit T-Rex Worm is available at Culprit.com and TackleWarehouse.com.